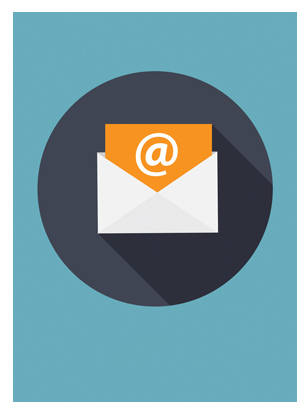 Thank You for the Profiles of Eastern Oregon Practices

I want to let you know how much I enjoyed Kay Pulju’s article (“Eastern Oregon Road Trip,” December 2015). In fact, I read it as a passenger on my own holiday road trip through eastern Oregon. As in house counsel for Idaho Power in Boise, nearly half of my administrative law practice supports electric service to Idaho Power’s customers in Malheur, Baker and Harney counties. The backgrounds, motivations and perspectives of the local practitioners interviewed were especially engaging. Thank you for profiling them and the legal opportunities that exist in eastern Oregon.

In reading Mr. Appleton’s letter to the editor (“Stopping Gang Member for Jaywalking,” December 2015), I am reminded of my experience driving through Salem some years back.

I was driving home on I-5 when a small black car with tinted windows came speeding up behind me and started tailgating me.

Eventually the car turned on police lights and pulled me over. The officer asked me if I was speeding, and I replied no. He gave me a ticket for aggressive driving. Later I requested the video through discovery and was refused.

When I went to court, I explained to the judge that the officer was the most aggressive driver I had seen all day. The officer could not produce the video. The judge told me he believed his officers and refused to dismiss or reduce the ticket. I have avoided Salem since. The officers receive beneficial treatment from at least one judge in Salem.

Secondly, I read with interest your articles about rural law practice. FYI to attorneys trying to get a start: I tried to join the indigent defense group and was told repeatedly by the local attorney in charge, “I wish you bad luck.” It may not be as easy as it should, despite the bar’s own report identifying the graying of the defense bar as a concern.

Then There Was That Pants Suit

The January 2016 issue of the Oregon State Bar Bulletin (which I still receive though I have gone inactive) contains a Parting Thoughts article by Brian B. Williams (“Reconsidering the Necktie”), with which

Williams writes, in part, “Imagine how you would feel about a rule requiring women to wear a skirt or dress to court and not pants.”

When I first was practicing in Los Angeles, the Los Angeles courts had such a rule. Pursuant to that rule a judge told a woman lawyer appearing before him wearing a pants suit that women were not allowed in his court wearing pants suits, so she took off her pants, was found in contempt of court and was ordered to jail. It took about two hours for an appellate court to order her freed.

The Anachronism That Won’t Die

I wonder if anyone will raise a defense against Mr. Williams’ thorough and accurate indictment of the necktie? Eliminating this anachronism is a capital idea.

In the article “Going Green” (January 2016), Eugene criminal defense lawyer Brian Michaels was misquoted about law enforcement requests for urine tests and ultimatums for urinary catheters. Michaels says he has many cases in which law enforcement officials have requested a urine test from his clients, and imposed the ultimatum of catheter under the search and seizure law. The majority, he says, agreed to the urine text in the face of the threat. The Bulletin regrets the error.

The Bulletin welcomes letters. In general, letters should pertain to recent articles, columns or other letters and should be limited to 250 words. Letters must be signed.