Watson's Children:
How Will They Impact the Future of Law Practice?
By Sharon D. Nelson &
John Simek 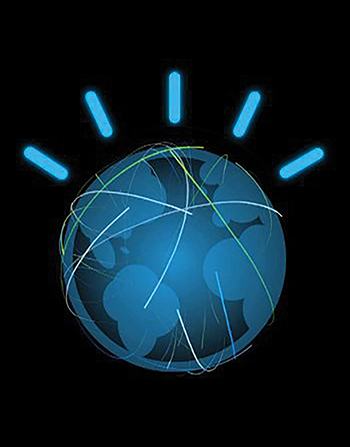 Those of us who claim to be good at writing sometimes confess to being bad at math. How does that perceived math deficiency affect us when we write about numbers? This article covers some of the more scintillating rules.

We should begin by defining the terms number and numeral. Sadly, that is more complicated than it should be. If you are dying to know the exact definitions of these words, please refer to the endnote.1 The rest of you will be content to know that, in this article, numbers are values that can be expressed by words or figures (so, “11” and “eleven” are examples of numbers), and numerals are figures (so, “11” is a numeral, but “eleven” is not). Fortunately, the rules about numbers in writing are much easier — and more scintillating — than the definitions of words related to numbers.

The Chicago Manual of Style, The Bluebook and the ALWD Guide to Legal Citation all suggest spelling out numbers from zero to ninety-nine. The Oregon Appellate Courts Style Manual says to spell out numbers from zero to nine (as does the Bulletin), and Chicago recognizes this alternative as popular in some publications. All style manuals list exceptions, whatever their rule. Since the style manuals don’t agree, you get to choose.

Style manuals do agree that you shouldn’t mix and match spelled-out number words (e.g., eleven) and numerals (e.g., 12) in the same sentence or paragraph. So if you are listing the number of books read by children in an elementary school’s summer program, and one student read over one hundred books, you should use numerals for all.

Always spell out a number at the beginning of a sentence. If you can’t abide by that simple rule in a particular instance, then you must rewrite the sentence.

A whole number followed by hundred, thousand, hundred thousand, million and so on is typically spelled out.

The children in the second grade read over five hundred books.

These students have read few of the four hundred thousand books in their school’s library.

When the big number isn’t followed by one of those words, use a numeral (e.g., “501 books”). For really big numbers, combine the numeral with a word that prevents multiple zeros.

The students in all of the grades combined read 6,286 books last summer.

Each child should read for 1.3 million hours before being shown an iPhone.

Again, don’t mix and match. If the trial has been going on for nine days and has included 35 witnesses (did you all cringe at the mix and match??), choose one form:

In the trial’s ninth day, the thirty-fifth witness took the stand.

In the trial’s 9th day, the 35th witness took the stand.

Remember that, in citations, ordinals are not superscript. That means a citation will include “9th Cir.” rather than “9th Cir.” The manuals suggest not using superscript for ordinals in text, as shown by 9th and 35th in the example earlier. Your computer will want to show off by making all ordinals superscript because it looks so cute. Force the computer to follow your will either by turning off automatic formatting for superscript or by using the “undo” function (e.g., command + Z).

Spell out fractions that do not follow whole numbers (e.g., “use three-fourths of a bag of chocolate chips”).

Fractions following whole numbers are in the gray area, so you get to pick a rule. You can spell out these numbers if they are short (e.g., two and one-half hours). Often numerals are better (e.g., the setter on the volleyball team is 5 feet 1½ inches tall).

Express most percentages in numerals, except at the beginning of sentences. Depending on the audience, either write out “percent” or use “%.” Do not include a space before “%.”

Example 1: She spent fifty percent of her time in the library.

Example 2: She spent 50 percent of her time in court.

Example 3: She spent 100% of her time wishing she were at the beach.

Written-out numbers become plural just like other nouns do. For example, simply add an “s” to words like three, hundred and kajillion. (No, kajillionis not a word, but if it were, a simple “s” would make it plural.) As another example, change the “y” to “i” and add “es.” It works for thirty to become thirties, just as it does for family to become families. Numerals become plural with the simple addition of an “s.” No apostrophe needed.

The Indigo Girls became popular in the 1980s.

In text, write out the full name of the month, followed by the cardinal number, a comma and the year. Although we read the day as though it were an ordinal (e.g., “March 3rd”), write the day as “March 3.” Use the ordinal only when the day appears without the year.

The latest “Star Wars” film opened on the eighteenth of last month.

Do not use a comma when giving just the month and year.

Use a comma after the year if the sentence continues.

Years are almost always written as numerals. If you must spell out a year, perhaps because you absolutely must begin a sentence with it, avoid using “and” (i.e., don’t write “two thousand and thirty-seven”).

Two thousand thirty-seven is the year the Social Security Fund is projected to run out of money.

In nontechnical writing, Chicago suggests spelling out distances, lengths, temperatures and other measurements of the physical world. I consider legal writing to be technical writing, however, so I suggest “80 yards,” “14 miles” and “97 degrees,” even if you are writing out numbers to one hundred. Even Chicago sees the clarity of “a 40-watt bulb” and “a 32-inch inseam,” rather than the spelled-out versions.

To show whether a time refers to the morning or afternoon, Chicagosuggests (and this writing curmudgeon demands) the use of abbreviations “a.m.” and “p.m.” (not AM, am, PM, pm). Happily, I report that the Oregon courts agree with me.

Include a space between the numerals and the abbreviation; for example, 9:00a.m. looks squished. Avoid using numbers for noon or midnight, as few readers will guess correctly that 12:00 p.m. is noon and 12:00 a.m. is midnight.

A Billion Here, A Billion There

A billion dollars isn’t the same everywhere. Some countries use “billion” to mean a million million. In the United States, we call a million million a “trillion.” Note that Great Britain only came over to our side of this debate fairly recently.

You don’t have to be good at math to write correctly with numbers. As Michael Jackson sang, “It’s easy as one, two, three.”

1. My favorite dictionary says that a number is “an arithmetical value, expressed by a word, symbol, or figure.” That means number includes both “eleven” and “11.” A numeral is a “figure” or “symbol,” or a group of figures or symbols, that denotes a “number.” This definition supported my working definition that “11” is a numeral. But, wait! The second definition says a numeral is “a word expressing a number.” So that means numeral includes both “11” and “eleven.” Is there any doubt why we all became lawyers instead of mathematicians?

The Chicago Manual of Style: The Essential Guide for Writers, Editors, and Publishers (16th ed. 2010).

Editor’s note: The Bulletin relies on the Associated Press Stylebook. For the sake of clarity, it was not used in the editing of this article.

ABOUT THE AUTHOR
Suzanne E. Rowe is the James L. and Ilene R. Hershner Professor at the University of Oregon School of Law, where she directs the legal research and writing program. She is grateful to students in her fall writing colloquium for their feedback on an earlier draft that was far too long and much too dry.