Dont Take Your Guns to Town
By Cody Berne 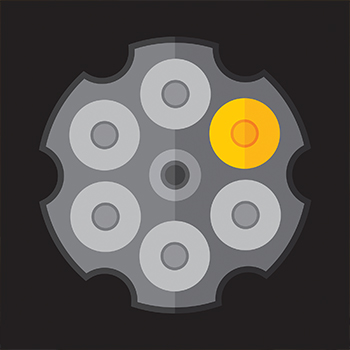 The Oregon Supreme Court’s July 9, 2015, opinion in State v. Jimenez makes stopping a person more dangerous for the public and for police officers.

In Jimenez, the court held that Article I, Section 9 of the Oregon Constitution, which prohibits unreasonable searches and seizures, does not permit an officer to ask a stopped person whether he is armed “as a matter of routine and in the absence of circumstances that indicate danger.” There is nothing unreasonable — and there should be nothing unconstitutional — about an officer asking whether a person is armed.

Jimenez began with a pedestrian violation. A state trooper stopped Joseph Jimenez for crossing a street against a “Don’t Walk” signal. During the stop, the trooper asked Jimenez whether he had any weapons. Jimenez said that he had a gun, so the trooper handcuffed him. Jimenez admitted to being a gang member and carrying the gun for “protection.” In Oregon, it is illegal for most people who do not have a concealed handgun license to carry a concealed firearm in public.

This is exactly the type of law enforcement that the community wants from its officers. No one was injured. No shots were fired. And a gang member and his unlawfully possessed gun were taken off the street.

Stops can be as unpredictable as people are unpredictable. This unpredictability is what makes the dangers faced by officers different from the dangers faced by highway contractors, loggers and others doing hazardous jobs. We can erect barriers to protect highway contractors from traffic. We can require loggers to use safety equipment. But common sense and the law prevent officers from handcuffing and searching every person at the outset of every stop. Instead, in most instances, an officer relies on his or her communication skills to stay safe. Communication, rather than force, is something that we should encourage.

Police work requires exercising discretion within the bounds of the law: discretion to stop a person, discretion to investigate a violation or crime and discretion to ask about weapons. In Jimenez, the court placed considerable weight on the trooper’s testimony that he always asked about weapons in his contacts with pedestrians. Making such an inquiry of every stopped man at S.E. 122nd Avenue and S.E. Division Street might make sense, but I doubt that it would make sense with a confused elderly person or a young child. Given another chance to explain his approach to asking pedestrians about weapons, the trooper might agree.

As a police officer, my partner and I pulled guns from backpacks, waistbands and pockets across Portland. When people admitted to us that they were armed, the admission had a deflating effect on the tension that sometimes arises during a stop. The person no longer had to worry about concealing his gun, and my partner and I knew how we would disarm him. When a person denied having a gun, or we did not have time to ask and only learned that the person had a gun during a search or frisk, we sometimes found ourselves in an armed wrestling match. People sometimes die during these wrestling matches.

I do not remember anyone ever announcing that he had a gun without us first asking. By barring a routine inquiry about weapons, the court makes stops more dangerous.

The court took away an important communication tool. The intrusiveness of asking about weapons is slight, and the constitutional implications are minimal or nonexistent. Unfortunately (but perhaps wisely), officers will now be more inclined to exercise their discretion to drive past an armed gang member like Joseph Jimenez.

ABOUT THE AUTHOR
Cody Berne served as a police officer for the Portland Police Bureau before going to law school. He is now a lawyer at Miller Nash Graham & Dunn, specializing in business litigation.