A Thanksgiving Message
By Eileen Keen 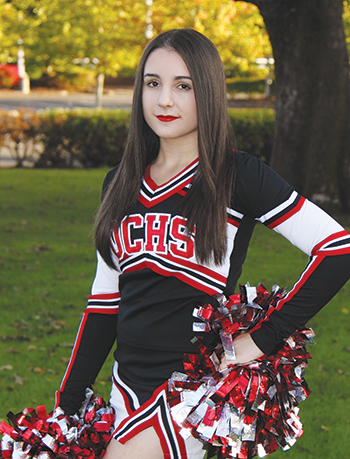 This a letter about a person who is my angel. I have only met him a few times when I was very young, but he has played such an extraordinary role in my life and perhaps in many other people’s lives as well, that I felt compelled to write and tell the story of what he did for my family and for me. His name is Michael Yates, and I consider him my angel.

In the last weeks of 2000, my father left my mother. She was 22 years old with no family in the U.S., working the graveyard shift, while I was a 16-month-old baby. My father took my mother’s car from her work, cleaned out the apartment where we were living, packed me into the car and drove away. He left my mother homeless and alone.

Naturally, my mother was devastated, and when she went to the police for help, she was told that what my father had done was completely legal because technically they were still married and everything was joint property. Her only recourse would be to battle it out in court. She, a woman left with only what she was wearing, was told that her only option would be a long and costly legal battle. You can imagine what she would have felt in her heart on that winter’s day.

My mother is not a woman to be defeated easily. She recognized that if my father was able to take me, she would be able to take me back. With the help of friends and the money from her last paycheck, she rented a car, drove to California where my father was now living at his mother’s, and in a park, she took me back again.

Christmas 2000 found us living in the women’s shelter. My mother always tells me that she has never been happier than she was on that day. Even though she had nothing, she had everything. Everything that mattered!

My mother knew that a long legal battle was going to be ahead. While my father had the benefit of money from his mother to help him pay legal costs, we had nothing and so my mother had to look hard for someone who might help us.

This is where my angel enters my story. He came from a world so different from the one my family was experiencing. He came from a world of kindness and generosity. A world where he would be willing to offer up his services for free. My mother says she has never known anyone as kind as him before.

All I know is that he saved my life.

Michael Yates took on my family’s case as pro bono work. It took four years and countless hours of work behind the scenes for our case to be resolved, but in the end it was, and in our favor. My father would have spent many thousands of dollars for the same amount of legal help. I doubt it came with the same kindness that Michael’s did.

Michael never asked for anything from us. He was and is a man of principles, a man of the high road, and someone who believes that if we do things right and we do things well, in the end we will get where we want to go.

Without ever really knowing him myself, he’s been one of the greatest teachers in my life. Michael’s kindness and generosity has meant that I could be raised by my mother. I would have had a very different life if I had been raised by my father and the opportunities I have had to have a good life have all been because Michael stepped in and helped us when no one else would.

What else is the definition of an angel but that?

Every Thanksgiving we give thanks for Michael’s generosity and say a prayer for him. As I get older, and I can see the way in which one person’s actions can change the world, I wanted to share the story of his kindness and generosity. It inspires me, and I hope in telling our story you’ll see, too, what an extraordinary person he is and also be inspired.

We hear so often in the news the stories of people who do terrible things to each other, and rarely do we hear the words attorney and angel in the same sentence. That is why I wanted to share this story of someone whose act of kindness to a young woman living in a shelter changed her life, and also gave me mine.

I am grateful beyond words to Michael Yates. To him, and to those of you who do pro bono work for people who have fallen into difficult circumstances, thank you, because it really does mean the world. It certainly did for me, and I couldn’t be more grateful.

ABOUT THE AUTHOR
The author is a senior at Oregon City High School and plans to attend Clackamas Community College next year.