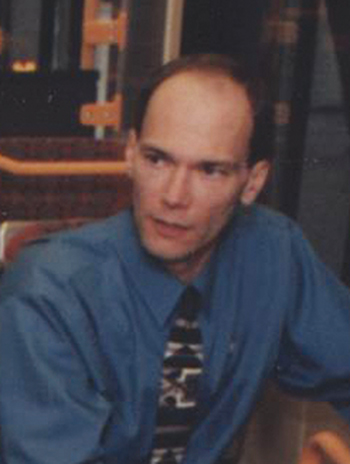 I first met Bob Pike when, as in-house counsel, I recommended him and his company, Environmental Access, to conduct the required Americans with Disabilities Act assessments of my employer’s many properties. Required because of the then newly-enacted ADA signed into law by President George H.W. Bush.

I worked closely with him during some of the property surveys and was impressed by his knowledge of the new law and his ability to apply it in a reasonable and practical manner.

I vividly recall two more close Bob Pike encounters of the best kind, the first being how Pike “cleaned my clock” in a friendly game of wheelchair basketball. While at Harsch Investment, I initiated a basketball tournament. As an added feature, we asked Pike and his friends to demonstrate wheelchair basketball. He and his fellow basketballers graciously accepted and, after their game, he challenged me to a one-on-one competition, which I accepted with much bravado. How difficult could it be, I thought. Was I wrong! Pike outplayed me throughout our little game. Shooting from a sitting position in a wheelchair is quite a feat.

The second close encounter was our co-practice of law. He took on difficult cases, and we were successful most of the time. These were legal complaints by disabled, physical and otherwise, clients. His knowledge of people and the law and his focus on detail were key.

Pike began conducting self evaluations, transition plans and building surveys under the requirements of the Rehabilitation Act of 1973 as a law student at Northwestern School of Law at Lewis & Clark College in 1978. He completed training on barrier-free planning and design, including surveying and evaluating facilities for compliance with federal access standards conducted by Ron Mace, architect and director of the National Center for a Barrier Free Environment, a wheelchair user himself.

Pike established Environmental Access in 1980 when he recognized a growing need for qualified consulting services in the field of barrier-free planning and design. Environmental Access, Inc. was retained by Multnomah County to develop their Section 504 Transition Plan and began working on the Washington Park Zoo exhibits, the Zoo Train and the first barrier free trail in Oregon, Trillium Trail, located in Tyron Creek State Park.

Pike’s company has impacted the United States beyond Oregon. He was also retained by the San Diego Zoo to assist the implementation of short-range and long-range plans for accessibility at the 200-acre zoo. He was part of the study team that traveled to Europe to evaluate low-floor light rail technology, and he provided the expertise to ensure that the design of that technology provided universal boarding without the use of mechanical lifts. This innovation served all user groups, including seniors and people with disabilities. This technology became the model for systems across the nation.

In a joint project by the state of Oregon and the U.S. Department of Interior, Pike’s firm also helped design the first wheelchair accessible tidal pool in the world. The Yaquina Head Project design is not only wheelchair accessible, but accommodates the blind and visually impaired.

I sat down with Pike, and the following conversation took place.

BL: You’ve been a wheelchair user for more than 40 years. Can you give us some history on your injury and recovery process?

Pike: I was injured in August 1973. I spent over two months in St. Vincent Hospital. I kept asking why I couldn’t feel my legs and, when they finally gave me their prognosis, no punches were pulled. They told me that my spinal cord was severed and there was no chance I would walk again. Before I was sent to a rehabilitation center, I thought my life was over. I was told by one doctor that I would probably die at the age of 40 from kidney failure. Not long after that, a physical therapist showed me a magazine that had a photo of automobile handcontrols and explained that I would be able to drive. When I found that out, I was overjoyed and knew then that I could gain my independence back, complete my undergraduate degrees and go to law school.

The Rehabilitation Act of 1973 had been passed, and a vocational rehabilitation counselor came into my hospital room and told me that since I met their qualifications, they would be willing to help me pay for the rest of my undergraduate program and also assist with funds for law school. All I had to do was meet a shrink. Since I had been putting myself through school, working summer and other jobs, I felt very lucky that there was a program to help me.

I spent over 2 months in a rehabilitation hospital. When I was released just before Christmas in December 1973, I went to my parent’s home in Longview, Wash., since I was going to be an out-patient at a Washington rehab center. I wanted to go Christmas shopping, so I drove the car I had equipped with the handcontrols downtown and parked. However, in 1973 there were no curb cuts, and I had to travel down the block until I found a driveway, then wheel into the street, back into the intersection to cross the street. I then had to repeat the same thing when I came to another intersection. In addition, the sidewalks had severe cross slope, which meant I had to push harder with one arm to keep myself going in a straight line. When I got home, I told my parents I was going to call the city manager and tell him about the lack of curb ramps. During our conversation, the manager said, “Well, you are in a minority.” It was the first time I was labeled as a minority. I think my advocacy started at that point.

BL: Can you tell me a bit about your basketball and tennis careers?

Pike: Careers? You’re kidding, right? I played wheelchair basketball for about 25 years, mostly with the Portland Wheelblazers. I started playing wheelchair tennis when it was first invented. In fact, we held a tournament in Portland, and three people attended. It really got started in the late 1980s, and that is when we formed a Portland nonprofit wheelchair tennis organization. We had a wheelchair division in the State Games of Oregon as well as an annual City of Roses tennis tournament. I played tennis for about 15 years. Having been in a chair now for over 40 years, my shoulders and elbows just can’t handle any more on a competitive level.

Wheelchair sports came along at a time in my life when I had moved from Seattle. I had just finished my undergraduate degrees and had been accepted to law school. When I moved to Portland, I knew one person. I was starting over again, and the camaraderie and support and the friendships I made pulled me from a pretty dark place at exactly the right time.

BL: During your decades of practicing law and providing ADA services to the private and public sectors, it’s clear you set goals. Have your goals ever changed?

Pike: Have my goals changed? Yes. When I first started doing consulting and advising on accessible design under the Rehab Act of 1973, I was doing it as a law student and volunteer. I was on the mayor’s committee (Neil Goldschmidt was mayor), and a committee member and I surveyed all of the city and county buildings for access and made recommendations. I was appointed to the City of Portland Building Code Board of Appeals, where architects would come for a waiver on the state building code, often involving the requirements of accessible design. Meeting with me during the board of appeals meeting regarding changes of design was taking too much time, so I was asked to meet the architects before the board meeting to work out solutions to accessibility requirements, and that worked very well.

When I first started my professional career, I was going to practice law and do accessibility consulting as a volunteer, or just when a need arose. ADA consulting was not something that I believed was going to be able to support me.

I had a solo practice of start-up businesses, I incorporated them, helped them get up and running and deal with problems. But when the ADA was first enacted, I received a couple of consulting jobs, such as the San Diego Zoo. I made the decision in 1990 to downsize my practice, and re-direct my goals as an ADA consultant specializing in accessible or universal design. I then re-focused my law practice on disability rights.

It was a hard go at first. But, since I had prior experience as a volunteer, I had some experience in the field now called “ADA consultants.” There were lots of people getting into the business, surveying buildings, giving advice, etc. In fact, you and I met at a training in which I was a presenter when you were working for Harsch. You asked me a question at the seminar and then called my office for follow-up information before I “rolled” back to my office.

Initially, I got two important clients, and big ones at that, Washington County and Nike, one public sector and one private sector. That’s how Environmental Access got started.

BL: Anything else to add? Many attorneys are influenced to practice law by books, T.V. and real life attorneys. Does that apply to you?

Pike: I was attracted to law by Perry Mason. My dad was a big fan, and I thought it was great that Perry always got the bad guy to confess on the witness stand. I was hooked; that’s what I wanted to do. Be on the team that fought for Truth, Justice and the American Way.

Pike: I consider myself to be a very lucky person who has had the opportunity to be involved in some of the great projects in Portland and all over the country.

That is the profile of a 62-year old person whose accomplishments are many; his complaints are few. By the way, Pike’s law practice and Environmental Access are still going strong.

ABOUT THE AUTHOR
The author is an inactive Oregon and California attorney and a CPA. He is a former private practitioner and in-house counsel who filled a variety of roles in the corporate world, including outside auditor, CFO and controller of private and public corporations. A published columnist, Levy is currently working on several projects, including a book of conversations with his officemate, Cheddar.