An Alternative
By Timothy M.B. Farrell 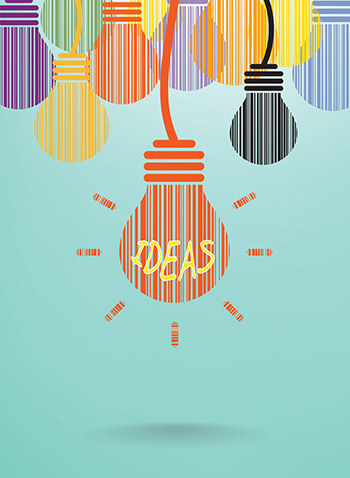 Recently, our new bar president addressed the needs of unemployed and underemployed Oregon attorneys (“Justice Gap”, February/March 2015). He laid out a plan that involves a consultant and a discussion at the Board of Governors level. This is a serious issue for the state, the bar, the public and the lawyers who are struggling to make a living.

These big-picture policy matters will be left to the capable hands of our bar leaders. Having lived in the beautiful town of Hood River for the past six years and only having two job interviews in Portland during that time, despite having an Avvo rating of 10, a dozen published articles, several published cases and an appearance before the U.S. Supreme Court, I have since closed my struggling small-town practice and moved to Washington, D.C. I found work within two weeks of arriving.

It was the most difficult move of my life, which as a member of six bar associations is saying a lot, but D.C. is a wonderful city with lots of museums, big-league sports and an amazing nightlife filled with young people from around the country and around the world. Of course, I am not alone in moving here. The district is experiencing its greatest growth spurt in decades, with more than 1,000 new residents arriving each month. Housing is difficult to find, but there appears to be room for a few more.

As you are probably aware, the district has reciprocity with most states, including Oregon. It is a painfully long application and the background check can seem to take forever, but most firms will entertain applications from candidates with pending applications.

Lining up a job before moving to D.C. would greatly reduce one’s anxiety, but there are two important resources to assist in the transition. These resources are the local bar’s attorney assistance program and the Law Library of Congress.

The D.C. Bar’s Lawyer Assistance Program is located in the bar’s office downtown. Although known for its ample resources on stress management and substance abuse, the counselors are also knowledgeable on the nuts and bolts of living in D.C., as well as the resources available to address job search needs, housing, continuing legal education, pro bono and public service opportunities and other matters.

The second great resource is the Library of Congress located on Capitol Hill next to the Supreme Court. The library requires patrons to obtain reader cards, which are valid for two years. The cards take about an hour to process, including time to take a digital photo. Once in the library, the helpful librarians assist patrons with resources such as the Internet-connected computers and printers (up to 20 free copies a day). Although there are many libraries in the district, this is by far the best one for legal professionals looking for work.

A third resource is your alumni association. I am fortunate enough to be a member of Tulane’s club, which has an active Facebook page and lots of activities and opportunities for networking. Our fearless leader is one of the most organized people I have ever met. Most universities have similar organizations in the district. Do not overlook them.

In addition to Craigslist and other job bulletin boards, most attorney postings are on usajobs.com. Although there are dozens of new government postings each month, the word is that submissions go into a black hole in the net. In the two months since arriving, I have only seen a few responses to my dozens of applications. Don’t count on government work.

Temporary agencies are by far the best employment resource. There are very few legal research projects. Instead, the firms focus on document review. Most of the document reviews in the country, if not the world, are done in the district. There are at least a dozen temporary agencies that can place Oregon bar attorneys with a document review project. Some projects last only a few days, while others can go on for months. Some attorneys do it for a few months while they find permanent employment, but others have been doing it for years. The projects just keep coming. It is recommended that one become familiar with Relativity (a document review program) before applying. Typically, agencies pay between $20 and $40 an hour. Sometimes there is overtime, but usually hours are capped at 40 per week.

Times may be tough for the unemployed and underemployed lawyers in Oregon and elsewhere. But there is a lot going on in D.C., and for me, it has been a good place to land.

ABOUT THE AUTHOR
Timothy M.B. Farrell, formerly of Hood River, relocated to Washington, D.C., in March.