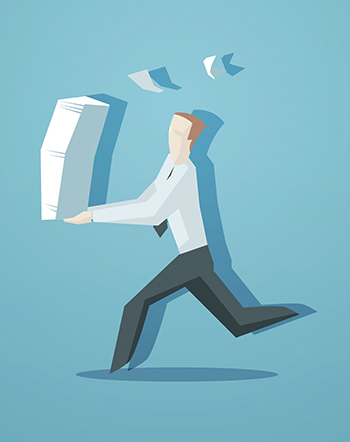 The Multnomah CourtCare room at the East County Courthouse has now opened. Free, drop-in childcare for families who have business at the court in Gresham is available Monday afternoons from 1 to 5 p.m., and Wednesdays from 8:30 a.m. to 5 p.m. This schedule coincides with the court’s regular docket for FAPA hearings and family law matters

More information is available at mbabar.org/foundation/courtcare.html .

The American Inns of Court invites judges, lawyers, professors, students, scholars and other authors to participate in its Warren E. Burger Prize essay contest. Participants must submit an original, unpublished essay of 10,000 to 20,000 words on a topic of their choice addressing issues of legal excellence, civility, ethics and professionalism. The winning author will receive a cash prize of $5,000 and will receive the award at the American Inns of Court Celebration of Excellence at the Supreme Court of the United States.

Visit www.tinyurl.com/2015Burger Prize for details on how the essay should be presented and for prize rules. Essays must be submitted no later than July 1. The winner will be announced by Aug. 31.

Full details and a registration link can be found at tinyurl.com/2015OCDLA.

The Diversity and Inclusion department of the Oregon State Bar invites all interested lawyers to the 2015 Opportunities for Law in Oregon (OLIO) orientation. This year’s event will be held Aug. 7-9 at the Best Western Hood River Inn. Two complimentary CLEs will be presented on Aug. 8 beginning at 3 p.m. with a judges’ reception, featuring Attorney General Ellen Rosenblum, to follow.

More information about OLIO can be found at www.osbar.org/diversity . If you plan on attending the CLEs or the reception, RSVP to diversity@osbar.org .

For the fourth year in a row, an Oregon high school team has taken home the national “We The People” title. Portland’s Grant High School beat 56 teams from around the country to place first in the nation for 2015. This makes Oregon the state with the most national titles in the competition’s 28-year history.

Employment Data for Class of 2014

The American Bar Association’s Section of Legal Education and Admissions to the Bar has released aggregate national data on law graduate employment outcomes for the class of 2014 and posted individual schools’ post-graduate employment figures online. Using a drop-down menu, visitors to the site can see employment numbers for any ABA-approved law school, including Lewis & Clark College Northwestern School of Law, the University of Oregon Law School and Willamette University College of Law. (See “By the Numbers,” below.)

The site also gives users the option to download data for all ABA-approved law schools in the U.S. The overall data shows that for 2014 graduates, 71 percent were employed, roughly 100 months after graduation, in long-term, full-time positions where bar passage is required or a J.D. is preferred. The class of 2013 only had 67 percent of graduates employed after nine months. Visit employment summary.abaquestionnaire.org to learn more.

The American Bar Association will present a series of programs and events in London and Runnymede, England, in conjunction with the 800th anniversary of Magna Carta.

The ABA London Sessions, which run from June 11-15, will be the culmination of a year-long celebration of the historic charter. The three-day meeting will feature preeminent speakers and 16 continuing legal education programs that focus on the Great Charter’s impact and relevance on the rule of law today. The sessions will be capped off June 15, with a rededication ceremony at the ABA memorial in Runnymede. Read more at www.americanbar.org/calendar/annual-2015.html . 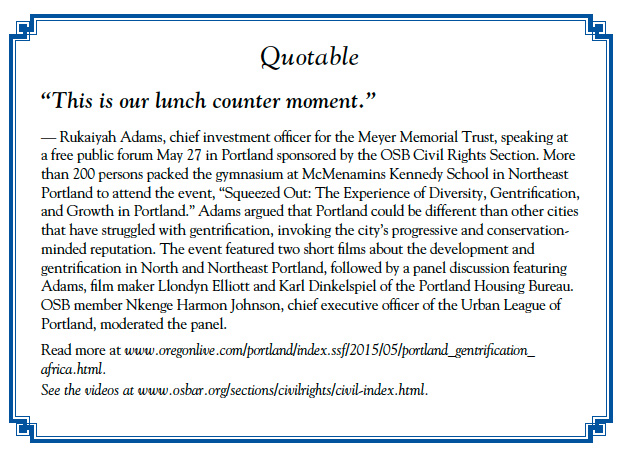