How Safe Are You?
By Leonard DuBoff 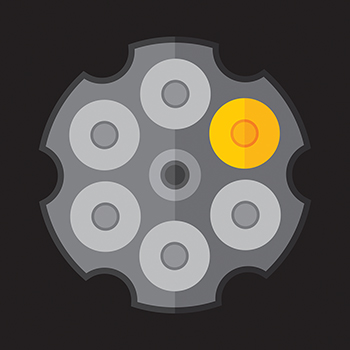 On Feb. 13, 1979, my younger sister, Candise DuBoff-Jones, a comparatively new lawyer and 1977 graduate of Lewis & Clark Law School, was shot to death in the Multnomah County Circuit Court by the estranged husband of her client in a divorce-related proceeding. Candise was only 26 years old when she was killed. She actually used her body as a shield to protect her client.

The murderer was clearly mentally ill, and he also wounded his wife and tried to kill Judge Mercedes Deiz before fatally turning the .357 Magnum pistol on himself. Seventeen years later, the murderer’s son, Michael McClain, fatally shot himself in the head after attempting to kill others in two restaurants in Astoria.

Fortunately, Candise’s family did not have to sit through a murder trial; yet, it’s clear that an unstable person such as the man who killed my sister should have never been permitted to purchase a large-caliber pistol. If the law had required appropriate background checks, this tragedy might not have happened.

It is hard to understand why citizens need to be able to purchase large-caliber pistols, semi-automatic weapons and other weapons of war. Hunters do not need to use these types of weapons when going after game. These weapons are used only to kill people, and untrained citizens should not be allowed to possess weapons that are designed for killing people.

While I do not agree with all of President Barack Obama’s recommendations and policies, gun control is one that I highly endorse. It’s hard to understand why anybody would not endorse gun control given the tragedies that have recently harmed Americans throughout the country. It is commendable that the Oregon Legislature passed and Governor Kate Brown signed into law a bill requiring background checks for purchasers of guns sold by private, unrelated owners.

While it is clear that gun control will not prevent every weapon-related assault, certainly it is sensible and important to begin somewhere. In most states currently, background checks are not required for those purchasing weapons at gun shows or online. In fact, there appears to be at least one website through which many individuals who would be denied the opportunity to legally purchase weapons are able to acquire them.

One need only look at pictures of the survivors and victims of unprovoked assaults, such as the attacks on Gabrielle Giffords and the “killing fields” in Virginia, Connecticut and Colorado — as well as Troutdale and Clackamas Town Center in Oregon — to realize how important it is to begin requiring background checks before individuals are allowed to purchase military-style weapons.

As a result of my sister’s murder, metal detectors were installed in courthouses before they were used at airports. Today, the courts are a lot safer than they were when my sister was murdered.

Regrettably, law offices do not generally have metal detectors or airport-style security. In recent years, there have been numerous situations where attorneys and their staff have been shot to death or seriously wounded in their offices by disgruntled clients or other unstable individuals. The cost of installing the kind of security that would be necessary to prevent these tragedies is such that it is not realistic for most Oregon attorneys.

Given this problem, the best way to reduce these types of tragic incidents is to require background checks for anyone purchasing large-caliber pistols, semi-automatic weapons and other weapons of war. The background check should include criminal records and mental illness.

While this will not eliminate every situation in which people are put in harm’s way, it will certainly reduce the risk. If backgrounds checks save a single life, they will certainly be beneficial. They will also be worth the time and cost in having them adopted across the country.

Oregon lawyers should recognize the importance of having laws in place which protect them, their staff, clients and others from tragedies like the one which befell my sister. It is, therefore, important for you to determine just how safe your office is — and perhaps take a moment to let your legislators know how much you appreciate their hard work.

A sculpture honoring my sister was donated to the Oregon Bar Foundation. It is currently on display at the bar center. For more information about it, you can Google “Dream Court Sculpture.”

ABOUT THE AUTHOR
Leonard DuBoff is author of more than 20 books, including Deskbook of Art Law, (Oxford University Press) and Art Law in a Nutshell (West Publishing Group). He is a frequent contributor to this publication and has written numerous law review articles. He thanks Christy A. King and Suzanne Aspy for their assistance with the preparation of this article.