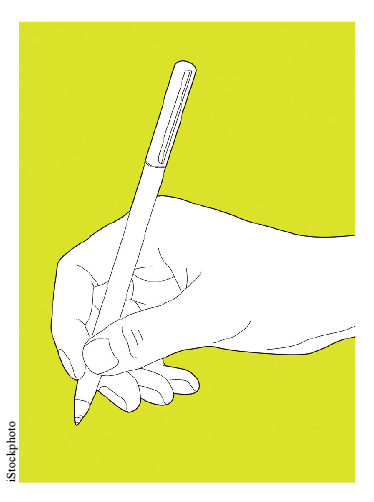 An attorney told me recently that a judge called his argument “compelling but not coercive.” The attorney lost the argument and the case, but was still baffled days later because, in his mind, compelling and coercive were synonyms. Hoping to alleviate his bafflement, I went diving into the “C” section of my favorite dictionary.1 As always, I was distracted multiple times by fascinating words.

Elementary school teachers in my rural hometown were committed to the difference between can and may. Whenever I asked, “Can I go to the playground?” the teacher responded, “I don’t know. Can you?” The teachers were emphasizing the difference between ability (can) and permission (may). Once I asked the correct question, “May I go to the playground?” the answer was often “Yes, you may!”

My favorite dictionary maintains the distinction between can and may all these years later, although many of us casually use the words interchangeably. Moreover, may is the more polite and more formal way to make a request or to grant permission, meaning that it’s the more appropriate word to use in legal documents and formal settings.

Cannot vs. Can Not

One word or two? Either cannot or can not is acceptable, but the one-word version is more common. The two-word version works best in forms like “not only . . . but also,” where not is part of the form. In other words, the not should be decoupled from can when it’s part of another form. For example, “The judge can not only dismiss the frivolous case, but also impose sanctions.”

These words fall into a category my colleague Megan McAlpin calls “tricky homophones.”2 These are words that sound the same, but have different spellings and different meanings. A canon is a rule or principle. Remember canonical law from the first two days of Civil Procedure? A cannon is a big piece of artillery used to blow to bits the people who aren’t following the canons that you prefer.

The problem here is not that we don’t understand the many definitions of the word case. We all know that it can mean a particular situation (“in that case, let’s leave early”), a disease (“one case of Ebola can devastate a family”), a legal action (“she won the Martinez case”), the style of a letter (“use an upper case P”) or a grammatical form of a noun or pronoun. (Astute readers noted immediately the absence of an example for the last definition of case. If I remembered my high school Latin lessons better, I’d provide an example. Sadly, I can barely recall the terms “nominative” and “accusative.”)

A casebook is “a torture device inflicted on law students.” Oops, no, that was just my experience as a 1L.

These words are nothing alike, except that your word processor might autocorrect one for the other if you slip a bit while typing. A cabal is “a secret political clique or faction.” A cable is a thick rope that holds up sails and pulls cars out of ditches.

You might use both cache and cachet in one document, but one little key stroke changes the meaning completely. A cache is a hidden collection, say of ancient documents, gold coins or weapons. The cache might have cachet, meaning prestige, if other folks admire those documents, coins or weapons.

Catch-22 describes “a dilemma or difficult circumstance from which there is no escape because of mutually conflicting or dependent conditions.” In the book by the same title, the catch-22 is that flying combat missions is something any sane person would avoid. Pretending to be insane would disqualify a person from having to fly the missions. But trying to avoid the missions is proof of sanity. The problem is logically impossible to solve. In daily life, my catch-22 is that I can’t find my glasses, but without my glasses I can’t see to find them. Many recent law graduates face a catch-22: they lack the work experience needed to be hired.

Those of us living in undeveloped nations that do not employ commonly used scientific weights, measures and temperatures might use Celsius and centigrade interchangeably. The first is the standard; use Celsius when giving temperatures that will be understandable to people from most other nations. For example, you might write to your friends in Mexico, France and Zambia that you consider 20 degrees Celsius the perfect temperature for a warm summer day. (For readers from undeveloped nations, that translates into 68 degrees Fahrenheit, which this native Floridian considers freezing.)

Both of these words are negative, but in different ways. Censor means taking out objectionable material. The verb and the noun are the same, so the action taken is to censor and the person who does it is the censor. In contrast, to censure is to “express severe disapproval.” If a politician is censured for inappropriate conduct, the media in this country will not censor the news but spread it widely.

Chocolate is “the standard reward for completing a particularly onerous task or for enduring an especially horrific meeting.” Yes, that one is really and truly in my dictionary.

The two words are fun to play around with. Art can be both classic and classical if it is not only excellent and timeless but also related to or influenced by Greek or Roman ideals. A classical education typically requires students to study Latin or Greek. But the study of Latin, Greek and related literature is called the study of “the classics.” Just to the throw a wrench in the works, though, classical music isn’t from antiquity, but from the 18th century.

At last, I arrived at the word pair that had started all of this fun. Pulling a less-favorite dictionary from my shelves, I found compelling defined as “rousing strong interest, attention, conviction or admiration.”3 So the judge was paying the attorney a high compliment for his argument; it was very interesting, possibly even admirable, but that argument did not coerce the judge to decide in favor of my friend’s client.

The title of this article is an obvious play on “sea change.” Shakespeare coined the term in The Tempest, and it means “a profound or notable transformation.” Use these “C” words correctly, and you can transform your writing.