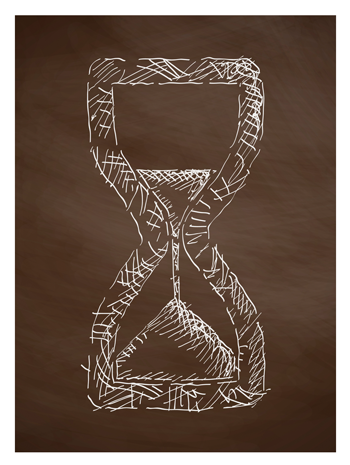 Protecting and advocating for vulnerable older Oregonians is a critical part of the work many lawyers do — day in and day out. Expanding the list of mandatory reporters to include our profession is one more important way to help ensure these people are safe from harm.

Lawyers across Oregon are talking about elder abuse reporting. On Jan. 1, 2015, legislation took effect making all Oregon lawyers mandatory reporters of elder abuse. HB 2205 (2013). As with any new law, there are still many questions about how the new requirements will apply and impact lawyers’ day-to-day practice. This month’s bar counsel column outlines the basics of the requirement.

The new reporting requirement was enacted at the recommendation of the Oregon Elder Abuse Prevention Work Group, which was tasked with studying how to better protect older Oregonians. As state Rep. Val Hoyle notes, “For four years, the work group has focused on protecting some of Oregon’s most vulnerable citizens. Integrating lawyers into Oregon’s elder abuse safety net as mandatory reporters will provide our state with over 19,000 additional advocates.”

Part of the reason for the increased focus on elder abuse is that Oregon is in the midst of a demographic shift — as baby boomers age, our population as a whole is aging. The Oregon Office of Economic Analysis forecasts that between 2010 and 2020, the number of Oregonians aged 65 to 74 will grow by 36 percent. The median age of Oregon’s population was 30.3 in 1980, but is forecast to rise to 39.7 by 2020.1 And elder abuse is a significant problem in Oregon. In 2013, the state investigated and substantiated over 4,000 instances of elder abuse.2

The Legislature has high hopes that the new attorney reporting obligation will provide additional protection to elders. “The addition of Oregon lawyers as mandatory reporters of elder abuse will shine a bright new light on abuse in our communities,” explains Rep. Vic Gilliam. “Lawyers who receive elder abuse prevention training will be even further equipped to recognize warning signs and report their concerns to appropriate authorities.”

So what exactly is the elder abuse reporting requirement? In its most condensed form, the new law requires a lawyer to report elder abuse when he or she has reasonable cause to believe elder abuse has occurred, and the lawyer has had contact with the elder or the alleged abuser. See ORS 124.060.The requirement applies to lawyers 24 hours a day, seven days a week. The law includes exceptions to protect attorney-client privileged information and information learned during the course of representing a client that would be detrimental to the client if disclosed.

Much of the law’s complexity stems from the way in which the terms elder, reasonable cause and abuse are defined. First, lawyers should note that the law defines elders broadly to include all people aged 65 or older who are not currently residents of a long-term care facility. ORS 124.050(2). An elder need not be vulnerable or lacking in capacity to be covered by the law.

Reasonable cause is not defined by the law, but has been interpreted by Oregon courts in an analogous child abuse reporting context to mean reasonable suspicion. 3 A lawyer has reasonable suspicion to believe elder abuse has occurred if the lawyer can articulate facts, based on the totality of the circumstances, that would lead a reasonable person to believe that the abuse occurred. This means that the evidentiary standard for reporting elder abuse is relatively low. Because probable cause is not required, a lawyer need not believe it is more likely than not that abuse occurred to trigger reporting.

The definition of abuse is the most intricate piece of the reporting scheme. Elder abuse is defined to encompass a myriad of circumstances including physical abuse, neglect, financial exploitation, verbal abuse and sexual abuse. See ORS 124.050(1) et seq. For lawyers who are accustomed to analyzing their obligation to report child abuse, it is important to note there are some substantial differences in the definitions of elder abuse and child abuse.

Some of the definitions of elder abuse, including the definitions of physical abuse and neglect, are fairly straightforward. Physical abuse is elder abuse. Any willful infliction of physical pain or injury to an elder is considered abuse, as is the wrongful use of a physical or chemical restraint on an elder. More broadly, elder abuse is defined to include any nonaccidental physical injury to an elder, and any physical injury that appears to be at variance with the explanation given of the injury.

Neglect is also elder abuse. Neglecting an elder by withholding the basic care or services the elder needs to maintain health and safety is deemed elder abuse. Depending on the specific circumstances and capacity of the elder, what is considered a basic care or service may change. Abandonment of an elder is defined as abuse, particularly where a caregiver or other person is neglecting duties and obligations that are owed to an elder. Involuntary seclusion of an elderly person as a measure of discipline or for the caregiver’s convenience is also abuse.

Sexual abuse and sexual exploitation are elder abuse. Any nonconsensual sexual contact between an elder and caregiver is included in the definition.

a) Wrongfully taking the assets, funds or property belonging to or intended for the use of an elderly person or a person with a disability;

b) Alarming an elderly person or a person with a disability by conveying a threat to wrongfully take or appropriate money or property of the person if the person would reasonably believe that the threat conveyed would be carried out;

c) Misappropriating, misusing or transferring without authorization any money from any account held jointly or singly by an elderly person or a person with a disability; or

d) Failing to use the income or assets of an elderly person or a person with a disability effectively for the support and maintenance of the person.

Certainly, individuals who abuse their powers as an elder’s attorney-in-fact, guardian or conservator to improperly enrich themselves would be engaged in financial exploitation. Similarly, individuals who threaten to harm an elderly person or an elder’s loved ones in order to reap a financial benefit would be engaged in abuse. Refusing to use an elder’s income or assets to pay for basics such as food, housing or medical care would also likely fall within the definition of abuse.

Lawyers who regularly represent elders in transactions or business deals have expressed a desire for more clarity in the definition of financial exploitation. In response, the work group is discussing possible amendments to the definition of financial exploitation and the phrase “wrongful taking.” 4 Open questions remain about how the new elder abuse reporting requirement will interact with existing civil financial elder abuse protections. See ORS 124.110.

Before the duty to report elder abuse is triggered, an attorney must have contact with an elder or alleged abuser. Although contact is not defined by the statute, contact is commonly defined as a coming together. Being in the room with a person or communicating with a person by phone or email is likely enough to meet the contact element. On the other hand, merely hearing news reports or reading pleadings about an incident of abuse will not be enough to trigger the duty to report.

Even if a lawyer has reasonable cause to believe elder abuse has occurred, and has had contact with the elder or abuser, the lawyer still must examine whether the exceptions to reporting for client confidentiality apply. Lawyers do not have an obligation to report elder abuse if doing so would reveal attorney-client privileged information or would reveal information learned while representing a client that would be detrimental to the client if disclosed. ORS 124.060. If a client consents to the lawyer reporting the abuse, the lawyer could of course make a report. RPC 1.6(a).5

3. InBerger v. State Office for Services to Children and Families, 195 Or App 587, 590 (2004), the court noted that the agency’s determination of whether child abuse charges are founded is limited only to “whether there is evidence that creates a reasonable suspicion of child abuse; [the agency] does not decide whether child abuse in fact occurred or even probably occurred.”

4. Although “wrongfully taking” is not defined by the statute, the Oregon Court of Appeals in Church v. Woods, 190 Or App 112 (2003), explored the meaning of “wrongful taking” in the separate context of meeting the standard for obtaining a temporary restraining order against financial elder abuse. See ORS 124.110 et seq. In Church, the court held that obtaining a joint interest in real property from an incapacitated elder was a “taking” of property, for purposes of establishing a statutory claim for financial abuse. The court also held that the taking was “wrongful” based both on the defendant’s motives and the means by which property was taken. It is unclear whether a court would use this same definition when interpreting “wrongful taking” as used in the reporting statute, ORS 124.050(4)(a).

5. Similarly, if a lawyer reasonably believes that reporting elder abuse is necessary to prevent reasonably certain substantial bodily harm or death or to prevent a client’s commission of a future crime, reporting is allowed. RPC 1.6(b)(1)-(2). These exceptions to RPC 1.6 have been narrowly construed.