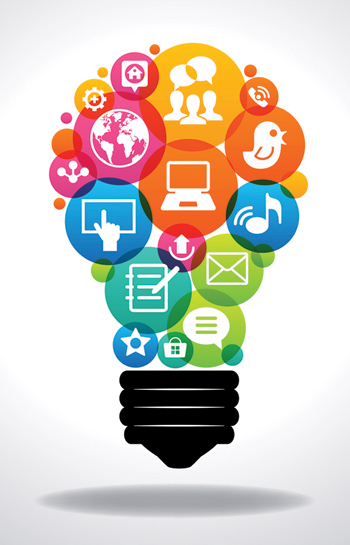 This is about things you should not say in social media and electronic communications.

My first brush with social media going awry was just after I joined Facebook. A friend of a friend posted how she was looking forward to an upcoming Coldplay show. Amidst the shower of aww-jealous and congrats reply posts, I quoted “Knocked Up.” It’s the scene where Seth Rogen and Paul Rudd are dudes playing a video game while trash talking, each trying to top the other’s “You know how I know you’re gay?” The best retort was simple, elegant, devastating: “You know how I know you’re gay? How? You like Coldplay.” I posted that. Apparently, she had not seen the movie. What I intended as mirthful comedic homage was instead interpreted as homophobic Internet troll. I apologized profusely and explained the movie reference. (“No harm meant. Just a fan of Judd Apatow. Love the gays!”) Thankfully, others confirmed my story, someone helpfully posted a link to the scene, and everyone saw it was all just a big misunderstanding. www.youtube.com/watch?v=-9uBvoYLvYE (Warning: explicit language). Not all stories end so well.

One of the early, epic social media self-immolations wasn’t social media per se, but an email that went viral before going viral was a thing. In 2001, financial associate Peter Chung left Merrill Lynch to work in Seoul for the Carlyle Group. He sent an email to his Merrill buddies crassly and bro-daciously bragging about his lux life and female conquests (“CHUNG is going to [expletive] every hot chick in Korea over the next two years (five down, 1 million to go)”).1 His Merrill buddies proved unsurprisingly indiscreet, and the email — work email, mind you — went global, eventually boomeranging back to Chung’s superiors. He, of course, was fired. But Chung achieved something greater, the rare, lasting grace of Internet infamy, ascending to the realm of lore and myth. Snopes.com, the urban legend website, actually features an entry (“Chung King”) where they verify the story’s truth. And Chung is also forever immortalized in Time magazine’s Top 10 Regrettable Emails, Cracked.com’s Six Most Disastrous Uses of Email Ever, and Gawker’s Douchebag Hall of Fame. www.snopes.com/risque/tattled/chung.asp.

Anything you put on the Internet, presume two things: It will be public. It will be permanent. You can probably add a third presumption: The results will be unpredictable.

Adria Richards illustrates this. Richards was a tech blogger who attended a Silicon Valley computer programming conference in 2013. The industry was already wrestling with gender equality and male-culture concerns, especially after the publication of Facebook COO Sheryl Sandberg’s book, Lean In. Richards, a woman in an overwhelmingly male room, grew annoyed with two men seated behind her making crass jokes about “big dongles” (a dongle is a hardware that attaches to a computer) and other Beavis-and-Butthead-level sexist remarks. Richards took a photo of the men and tweeted about them. The conference organizers met with Richards and the men, and eventually their employers got involved. The result was that two people were fired. But not the two men. Only one of them. The other person fired was Adria Richards. Richards’ employer stated, “Her decision to tweet the comments and photographs of the people who made the comments crossed the line. Publicly shaming the offenders — and the bystanders — was not the appropriate way to handle the situation.” https://twitter.com/adriarichards/status/313417655879102464.

Perhaps a more exasperating and inexplicable social media reaction is to Rhonda Lee, a meteorologist at a Louisiana ABC news affiliate. On the T.V. station’s Facebook page, a viewer posted a rather tone-deaf and arguably ignorant comment regarding Lee’s short Afro hairstyle. While positive in calling “the black lady that does the news” a “very nice lady,” the viewer opined, “She needs to wear a wig or grow some more hair. I’m not sure if she is a cancer patient. but it’s still not something myself that I think looks good on T.V.”

Ms. Lee posted a reply to the viewer:

…I am very proud of my African-American ancestry, which includes my hair…I’m very proud of who I am and the standard of beauty I display. Women come in all shapes, sizes, nationalities, and levels of beauty. Showing little girls that being comfortable in the skin and HAIR God gave me is my contribution to society… Conforming to one standard isn’t what being American is about and I hope you can embrace that.

Pretty good response, huh? Shows restraint, class, respect, and Lee used the social media platform for a positive teaching moment. The viewer himself apologized to Lee and the station for his original comment. And Lee was immediately fired by the station.

In the uproar that ensued, the station claimed that they terminated Lee for violating its social media policy, a policy that was never written or otherwise existed in any concrete form at that time. For good measure, perhaps to stave off the cries of racism and sexism, they fired a white guy for the same reason. But hey, their Facebook account, their rules, right? That’s what happens when you “misuse” your employer’s stuff. Lee now works in Colorado for WeatherNation TV, where they presumably have a clear, stated social media policy. Her Afro remains short and beautiful. www.dailykos.com/story/2012/12/11/1169088/-Rhonda-Lee-African-American-TV-Weather-Reporter-Fired-for-Reply-to-Facebook-Complaint-re-Her-Hair.

At the OSB’s Opportunity for Law in Oregon program, we teach these lessons in social media to entering law students. We use three government lawyers engaging in three differing levels of personal and professional social and communications media to show the hazy, diminishing space between professional and private lives.

Case Study No. 1 is Kwame Kilpatrick. He was a lawyer and the mayor of Detroit in 2002. Kilpatrick had an affair with his chief of staff, Christine Beatty. The police learned of the affair; Kilpatrick’s reaction was to fire them. In the retaliatory termination lawsuit, Kilpatrick denied in sworn deposition testimony both the affair and that its discovery was the impetus for the firings. The litigation, and a freedom of information action by the Detroit Free Press, yielded text messages between Kilpatrick and Beatty on their government Blackberrys. (Remember those?) A barrage of sexually explicit messages convincingly evidenced the affair, and other messages, the retaliatory firings. Subtle stuff, like: “I’m sorry we are going through this mess because of a decision we made to fire [Deputy Police Chief] Gary Brown.” The communications also thus revealed Kilpatrick’s perjury, for which he was prosecuted.

So the takeaway here is: If you’re having an affair with your subordinate, when the cops discover your affair and you fire them in retaliation to cover up your indiscretion, in the inevitable unlawful termination litigation, if you documented this behavior in incriminating text messages using government-issued equipment, don’t lie about it under oath. That’s just baseline.

The coda to this fall from grace ends with Kilpatrick later, for actions unrelated to the affair, sentenced to 28 years in prison after being found guilty of conspiracy, fraud, extortion and tax crimes for years of schemes to shake down contractors and reward his cronies. Some of the most damning evidence against Kilpatrick came from a familiar source: his own text messages. http://en.wikipedia.org/wiki/Kwame_Kilpatrick.

Case study No. 2 is Andrew Shirvell, a former Michigan assistant attorney general. For some reason, he developed a bizarre obsession with the student body president of his alma mater, Michigan State, who is gay. Shirvell crusaded an escalating homophobic one-man campaign to have the president impeached. His blog and Facebook attacks grew increasingly extreme, decrying the student’s “radical homosexual agenda,” calling him a “gay Nazi” and expressing other similar sentiments. Shirvell grew stalker-esque, following the student around, appearing at the student’s house late at night, calling Nancy Pelosi’s office (where the student was interning) to try to have him fired. Shrivell caught the attention of national media and unwisely agreed to interviews. He endured CNN anchor Anderson Cooper’s scathing questioning and Comedy Central’s withering derision. At first, Michigan’s attorney general supported not Shirvell himself, whose views the A.G. publicly denounced, but Shirvell’s First Amendment right to express his idiocy. Investigation into Shirvell’s tactics revealed he was acting during work hours (e.g., calling Pelosi’s office during office hours from work) and that he deceived DOJ investigators. Shirvell was fired.

Case study No. 3 is brief. Jeff Cox was a respected Indiana deputy attorney general. During the 2011 Wisconsin government union protests, riot police were eventually called in, and Mother Jones magazine tweeted so. Jeff Cox tweeted back: USE LIVE AMMO. Harsh. Witty. Fatal. Mother Jones’sinvestigation into Cox’s blog and inquiries to the attorney general’s office revealed other incendiary posts, but it was the “live ammo” tweet that undid him. In three words, while using his personal account on personal time, Cox destroyed a career of doing well and doing good. In firing Cox, his A.G. stated, “Individuals have the First Amendment right to post their own personal views in online forums on their own time, but as public servants, state employees also should strive to conduct themselves with professionalism and appropriate decorum in their interactions with the public.” Apparently, advocating violence against peaceful protest is frowned upon in public servants. At least in Indiana. www.motherjones.com/politics/2011/02/indiana-official-jeff-cox-live-ammunition-against-wisconsin-protesters.

So be aware. In the good old days, we could say something stupid, right the error with an apology, and often suffer only the consequences of morning-after embarrassment and lesson learned. The concept of privacy on the Internet — itself oxymoronic — is largely gone. The sun never sets on the social media empire. Continuing in Internet eternity are your misinterpreted jokes and slurs, braggadocio and bravado, good intentions backfiring, “private” messages, overzealous ire, political overreach, dumb posts, drunken comments, terrible Tweets. They beat on, borne back ceaselessly into the past, to haunt our future selves.

1. This is undoubtedly exaggeration. The Korean population was only 48 million in 2001.

ABOUT THE AUTHOR
Simon Whang is a government attorney in Portland and a member of the OSB Board of Governors.