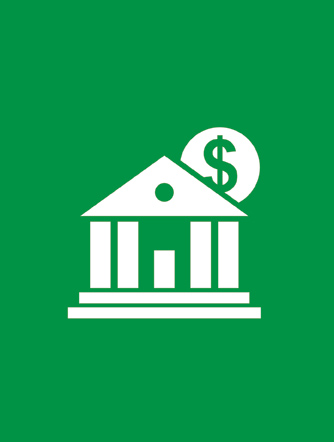 Client Security Fund activity returned to normal levels in 2014 after two turbulent years with an unprecedented number and volume of claims. During 2014, the fund received 30 new claims involving 20 lawyers, reopened one claim that had been denied in 2012 and completed investigation on two claims carried over from 2013. Awards were made to 14 claimants involving losses caused by 10 lawyers. The awards totaled $51,943, the lowest total since 2008 and the fifth lowest in the history of the fund.

The Oregon State Bar has one of the oldest client security funds in the country, dating back to 1967 when, at the request of the membership, the legislature authorized the bar to establish a fund “to relieve or mitigate pecuniary losses to the clients of active members caused by dishonest conduct of those members in their practice of law.” The first award was made in 1969. Over the ensuing years, the fund has made awards in excess of $4.5 million to partially or fully compensate clients of 190 lawyers.

All active members of the bar pay an annual assessment to the fund. In addition to member assessments, the fund consists of interest on invested funds and also money collected by subrogation from the defalcating lawyers. Recoveries average less than $5,000 per year, as most lawyers responsible for CSF claims are disbarred, deceased or otherwise without assets. The annual assessment is a dedicated account, not part of the OSB general fund, and is used only to reimburse claimants and pay the expenses of operation.

In 1993, the Board of Governors established a reserve policy requiring the fund to maintain a reserve of at least $500,000 to promote stability and protect against volatility in claims. The reserve exceeded its minimum for several years and allowed for modest annual member assessments of $5 from 2003 through 2009 and $15 from 2010 through 2012. Unfortunately, the high volume of claims in 2012 depleted the reserve, and effective with 2013, the assessment was increased to $45. The Board of Governors also raised the reserve minimum to $1 million. At the end of 2014 the reserve balance was approximately $650,000 and another year of modest claim activity may allow the bar’s governors to reduce the annual assessment to an amount that will maintain the reserve at the required level.

Although the OSB Client Security Fund is ultimately the responsibility of the Board of Governors, the investigation of claims is delegated to a client security fund committee comprised of 13 volunteers — 12 lawyers and a public member. The committee can give final approval to awards of less than $5,000; recommendations for larger awards go to the Board of Governors for approval. The board also reviews requests for reconsideration if the committee has denied a claim.

To be eligible for award from the fund, there needs to be evidence of dishonesty in an established lawyer-client relationship or where the lawyer was acting in a fiduciary capacity related to the lawyer’s practice of law. Dishonesty includes failing to refund fees where no work was done on the matter or where the work done was de minimis or of no value to the client.

Following are brief summaries of the claims paid in 2014.

The OSB Client Security Fund made an award of $5,000 on a finding that Bertoni provided no services of any value to the client and then failed to make the promised refund after acknowledging his mishandling of the case.

After collecting $10,000 that was represented to cover all fees and costs in the matter, Goff collected additional money, which he claimed to need for additional filing fees and witness travel costs, but that were not used for the stated purposes. The CSF concluded that Goff was dishonest in seeking the additional money.

In September 2008, an elderly woman hired Gruetter to take over a civil case initially filed by another firm. By April 2010, Gruetter had received $24,500 in advanced fees, either from or on behalf of the client. Although Gruetter took a default judgment on the client’s behalf in October 2008, the default was set aside, and virtually nothing happened on the case thereafter. The CSF Committee found that Gruetter took advantage of the elderly client’s trust in him by requesting periodic cash payments for a case that was in suspended status for more than three years. The CSF credited Gruetter for a modest amount of work and recommended an award of the balance, which the board approved.

A client hired Ireland to establish paternity of his child. Despite many promises, there was no evidence that Ireland provided any services to the client. The award represents all the fees advanced by the client.

A client hired Landers in September 2011, advancing fees of $11,000 for her representation in a custody dispute. Landers provided some services early on, but then became increasingly difficult for the client to contact. Landers missed hearings as well. By mid-March, Landers had essentially abandoned the matter, closing her office and moving without notice to the client. The award reflects some credit to Landers for work she did on the client’s behalf.

The Client Security Fund made awards to three of McBride’s immigration clients, reimbursing unearned fees paid in advance. The fund found little evidence that McBride had performed any meaningful services for them. In two of the cases, McBride accepted retainer fees when he knew his impending disciplinary suspension would not allow him to finish the work, nor did he tell the clients that he was subject to a suspension order.

The Client Security Fund made awards to two of Schannauer’s former clients. In each case, the clients deposited a retainer toward future services, but Schannauer neglected and ignored their matters, providing no services in either case.

This award represents the amount for which the client was double-billed. Steves’ disciplinary suspension required her to pay restitution within one year, but she has failed to do so and has disappeared.

The Client Security Fund paid $4,000 and $1,010 to two clients for fees advanced in connection with criminal representations. Von Blumenstein accepted both cases when she was suffering from health issues that she knew would prevent her from performing the promised services, and she subsequently abandoned their cases without notice and without refunding the unearned fees.