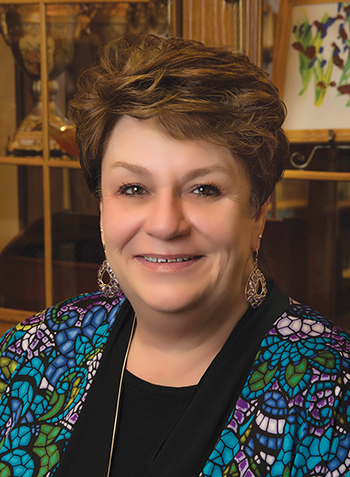 As the mother of three boys ages 2, 1 and 6 months in the early 1980s, Diane Wiscarson knew she had her hands full. Still, she could hardly have known the challenges she would face when her middle son, Michael, who has bipolar disorder and severe ADHD, went to school.

“I would go to IEP (individualized education plan) meetings and they would say, ‘You need to discipline him better at home.’ We were doing that and we were doing what the psychologist said to do for him,” she said.

“One of my professors asked if his school was following the law, so I started educating myself about special education laws. I thought, ‘I’m in law school and I didn’t even know there were laws, and how can that be? And surely other people need help, too.’ ”

In the nearly 20 years since earning her law degree and establishing Wiscarson Law in Portland, she has helped scores of other parents negotiate often-complex rules and regulations to ensure that children with special needs receive the best possible education from public school systems.

Wiscarson earned her bachelor’s degree in psychology from the University of California, Berkeley in 1979 and married her husband, Lyle, soon after. His job transferred them to Texas and they started their family. When Lyle’s mother became ill, he quit his job, they sold most of their belongings and moved their three young children to Oregon to be closer to her.

As her children grew older, Wiscarson knew she wanted to work and was interested in going to law school. She clerked for a law firm during the day and attended Lewis & Clark’s night program. She also was trying to get Michael’s educational needs met, with little success. In those pre-Internet days, Wiscarson had few resources she could turn to for help. The experience made her determined to specialize in disability-related cases, which now span beyond special education law to include higher education issues and guardianship matters.

While special education law hasn’t been reauthorized in many years, Wiscarson noted, it has become better defined through court cases. Some of the most common cases she handles relate to school districts following protocols to provide a “free, appropriate public education.” Several cases have involved representing families seeking to integrate their children with other students rather than being isolated. In addition, she represents parents seeking improved IEPs and IEP meetings for their children, and reimbursement for private evaluations, counseling and tuition for private education when public services should have been provided by school districts.

Cases involving service dogs are another focus of Wiscarson’s practice, particularly the issue of whether service dogs should be allowed in public schools. The Americans with Disabilities Act prohibits public schools from discriminating against students with disabilities, but service dogs are required to be under the control of a handler. While students often act as the handler of their own service dog, a debate exists about whether an additional handler is required in certain situations. Questions stemming from this debate include whether schools can require parents to serve as the handler or pay someone to be the handler, or whether schools should be required to provide handlers for service dogs.

Wiscarson works with the school districts throughout the state to provide “appropriate transition services” to help prepare students for life beyond high school, specifically for students in the 18- to 21-year-old group. This includes helping parents understand various diploma options for special education students and helping students prepare for college and the workforce.

Among the ongoing challenges she sees, funding for school districts is not increasing but the number of children with special needs is rising as disabilities are better defined. “It’s becomes harder and harder for school districts with the resources they have to meet kids’ needs.”

Wiscarson’s advocacy on behalf of people with disabilities spans beyond the legal system to educating families about resources, such as Washington County’s Endangered Person Registry. Noting that autism is the fastest-growing serious developmental disability in the U.S., and that 92 percent of respondents to a recent survey said their autistic child was at risk for wandering, she considers the registry a proactive approach to serving residents who may become lost and have difficulty communicating vital information about themselves.

Wiscarson said parents today have a broader base of resources to help them negotiate disability-related issues, and the Internet has made gathering information and collaborating with other parents much easier.

“Parents come in to see me and they are much better informed. They have been doing research on a particular disability, on IEPs, on accommodations, you name it. That has made things much more accessible for parents,” she said, adding that parents with demanding schedules can now do research any time of the day or night.

Family Remains at the Center

Among Wiscarson’s clients is Jay Anthony, who has worked with her for several years and credits her with doing everything possible to ensure cases are managed in the most time- and cost-efficient way possible.

“She expects parents to do their part. Parents have a seat at the table and they have a responsibility,” he said.

Wiscarson serves on the Dispute Resolution Committee and an Oregon Department of Education work group, and for 15 years was on the Program Planning Committee for the Pacific Northwest Institute on Special Education and the Law, through the University of Washington, School Law Division. She is also a frequent lecturer at various local, state, regional and national meetings and conferences.

Wiscarson has been recognized with numerous awards, including the BV Distinguished Very High Rating in Both Legal Ability & Ethical Standards from LexisNexis and Martindale-Hubbell Peer Review, the Pro Bono Publico Service Commendation from the Washington State Bar Association, Honorable Mention in the Oregon State Bar Pro Bono Challenge and Arbitrator of the Year from the Better Business Bureau of Oregon.

Now a grandmother of six — including 2-year-old twin granddaughters — Wiscarson enjoys spending time with her husband, family and two dogs on her 20-acre parcel in St. Helens. She also likes to unlock the mysteries of her family’s genealogy, as well as scouring auctions, flea markets and garage sales for antiques, and crochet.