Our Changing Times
By Ronald Talney 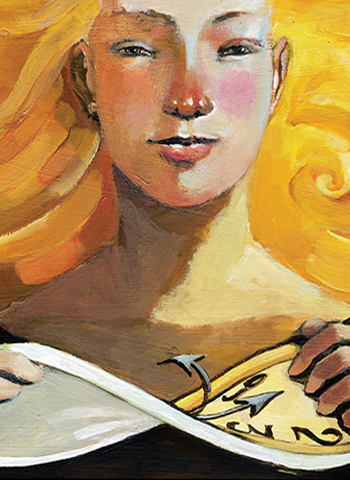 As Bob Dylan so poignantly told us in song, “The times they are a-changin’.” I am reminded of this by having just looked at the photograph of the 50-year members of the bar from 1965 being honored in a recent issue of the bar Bulletin, which included many of my friends and attorneys with whom I worked either with or against on cases. What especially struck me, however, and probably would not have 25 years ago or so, was the fact that there was not one woman in the photo. And then, as I thumbed through the remaining pages of the issue to the pages detailing the information of firm changes, new law firm hires and the like, I was delighted to see that so many of my colleagues now are women.

Such a change in my lifetime. And so good to see. I can recall when I first began in private practice in Multnomah County in the late ’60s. There were a few women in solo practices and that was about it. There was only one female judge in the entire state, Jean Lewis, who sat on the Multnomah County Domestic Relations bench. There were few minority attorneys of either gender in private practice and none on the bench until Aaron Brown was appointed to the District Court in Multnomah County. In my entire law school class graduating of 1966 from the Northwestern College of Law, there were, as I recall, only two women. One, Betty Roberts, went on to become the first woman to sit on the Oregon Supreme Court.

I can recall when the tide began to slowly turn. I suspect it was the natural result of the overall push in American society generally to increase access by women to all the professions, including the law. As more women practitioners began entering the profession, my initial impression, as I faced them as opposing counsel on cases, often domestic-relations cases, was that some appeared to be mistakenly emulating the worst traits of male lawyers. But then, little by little, I began to see the evolution of a differing style of practice as the increasing numbers of women lawyers began to bring their own uniqueness to the profession and make their own special imprint on the practice of law.

Obviously, I am speaking in generalities, and as a male lawyer perhaps I’m speaking out of place. But it seems to me that the increased presence of women in the profession has, in a sense, civilized the practice and elevated our abilities as lawyers to resolve differences and conflicts in an environment that produces better results for litigants and humanizes the profession at the same time.

So, where does this leave us as a profession? It leaves us with a profession that is one I would be delighted to see either of my granddaughters enter. I am told that a majority of law students are now women. It seems the word is out that the legal profession is wide open to women at all levels from sole practitioners to large firms, from minor trial court judges to the Supreme Court of the United States.

Consequently, clearly this trend will continue indefinitely. And at the same time, increasing opportunities for minority attorneys and judges are also on the rise. Finally, we are becoming a profession that is more open to and representative of all our citizens in all our vast panorama of ethnicities, cultures and genders. While I have been for the most part a mere observer of this phenomenon over the years, it makes me proud to be a lawyer.

So, Bob Dylan’s observation was correct. The times they were not only changing, but have changed — and for the better. And we see women lawyers making advances in all practice areas of the law and not just in the field of domestic relations, which initially seemed to be the case more often than not, and are also becoming leaders in the administration of bar activities on local, state and national levels. Our Oregon state attorney general is a woman, as is the attorney general of the United States. Soon we may very well have a majority of women on the Supreme Court of the United States. When that happens we may no doubt see some precedents both recent and long standing change. The face of America will never look the same again. In time, those official photographs honoring 50-year members of the bar will look more and more like the world we have become.

It is about time.