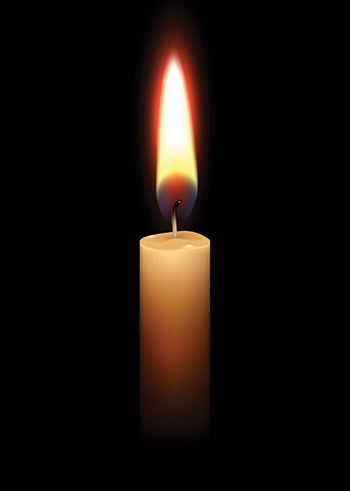 Friday, Aug. 9, 1996, was a very hot day in the rural, north central Oregon town of Condon. It was also the first anniversary of Jerry Garcia’s death.

I spent the afternoon there as the judge presiding over the criminal court calendar in Oregon’s 7th Judicial District. The only five-county district in the state, it ranges from the hip outdoor recreation mecca of Hood River in the west to the sleepy town of Fossil 110 miles to the east. Fossil is appropriately named. You can literally harvest fossils in the field behind the lone schoolhouse.

Condon sits about 20 miles north of Fossil. The towns reside in high-prairie, big-sky, sagebrush and rattlesnake country. Windy canyons, carved from millennia of water flow, cut through the prairie. The roads down to the rivers twist like earthbound roller coasters. Lots of turns. No shoulders. Condon and Fossil are the county seats of Gilliam and Wheeler counties, two of the three least-populated counties in the state. Each hosts fewer than 2,000 inhabitants.

It was in Fossil that A Brotherhood Against Totalitarian Enactments (ABATE) held a Memorial Day rally that year. In the most basic terms, ABATE is about keeping “gummint” off the backs of motorcyclists. When folks who don’t like rules gather, those who enforce the rules tend to keep an eye out. That’s what happened in 1996.

“George” was on his way to the rally when an officer of the law decided that he’d like to talk with George. Neither the reason for the stop nor the search that led to the discovery of his concealed gun were made clear when George appeared in court that afternoon. What was clear is that George found himself charged with the noncriminal violation of driving while suspended and the crime of carrying a concealed weapon.

I dutifully tried to advise George of his rights. He repeatedly interrupted. I had a plan: to make sure that he understood his rights. He had a plan too: to get the heck out of there as soon as possible.

“Wait, please. Part of my job is to make sure that you understand your rights.”

Our exchange was both mutually respectful and frustrating. Eventually I was satisfied that at least the record would reflect that George should have gotten the point: “Son, you best talk to a lawyer.”

George had talked with one, the district attorney. She had agreed to let George plead guilty to either charge as long as the state of Oregon got to keep his gun. “That’s all the state wants,” she said, “the gun.”

George wanted to plead to the gun rap. Bad decision. He had the choice of pleading to a charge akin to a glorified speeding ticket or being labeled a gun toting criminal. He chose the latter. There was no reasoning with him.

They say that “a man who represents himself has a fool for a client.” That was George. He bit the bullet, admitted his guilt and lost his gun. George smiled as he left the courtroom.

On my way home, a discreet distance from the courthouse, I changed into shorts, sandals and a T-shirt and put on a C.D. of the Greatful Dead’s “Reckoning.” Dropping down off the high prairie, sinking to the bottom of the Cottonwood Canyon by the John Day River, I found George, drenched in sweat, carrying a plastic gallon milk jug mostly filled with river water, and his right thumb up in the air. I considered stopping, decided not to, but made the mistake of eye contact. If you’re not going to stop for a hitcher, don’t look them in the eyes.

Sensing my weakness, George dropped to one knee, his hands in prayer position. He hit me right in my Irish Catholic guilt. I had to stop. (I have since added the prayer hand move to my own hitchhiking repertoire. It works.) George jumped in. “Reckoning” played on in the background.

“Yeah, I was there. The judge was good to me. Helped me with the D.A. Said I can get the case dismissed down the road.”

His version of reality didn’t remotely mesh with mine. But George was happy, so all was good.

We discussed George’s life, where he was from, the fact that seventh grade was the very best year of his life. He and his compadres drove their teacher to seek alternative employment.

Similarly, my sixth grade, fresh out of college, homeroom and science teacher was a casualty of out of control adolescents. Poor Mr. Pitcher was “one and done” in the field of education. Still feeling sorry for Mr. Pitcher, I kept the story to myself.

On his way to court, he got a ride in a truck full of wheat driven by the farmer’s teenage son. George learned that the art of harvesting wheat lies in the moisture content.

As George spoke of his newly learned expertise, I quietly considered that his road travels were not unlike my legal journeys. A judge hitches a ride as someone else’s troubles travel through court, getting brief glimpses into areas of knowledge that the judge would normally not visit. A few that come to mind are how best to excavate in a slide zone, the art of fermenting hops, the different methods of anesthetizing patients and how dumping fruit juice in waterways can really screw up the water’s chemistry.

I didn’t share my thoughts about our brotherhood with George.

Eventually, it being the anniversary of his death, we got around to talking about Jerry. We talked about where we were when we heard Jerry had died, the fact we first thought that the news was a hoax and how bummed we were to learn that it was the truth.

We talked shows. We had been to a great many of the same shows: San Francisco, Eugene, Portland, Seattle and the Oregon Country Fairgrounds. We had unknowingly shared at least eight shows, culminating with the Dead’s last performance in Oregon: Portland Meadows, June 2, 1995.

Eventually it was time for us to part. I found George a good place to raise his thumb once more. As he exited the car George said, “I don’t remember you from court.”

He looked at me hard. He thought. He squinted his eyes. He thought some more.

ABOUT THE AUTHORS
Paul Crowley is a mediator and Plan B judge in Hood River. He was presiding judge of the 7th Judicial District until his retirement in 2014.