Keeping Up With a Changing World:
New Rules of Professional Conduct
By Helen Hierschbiel 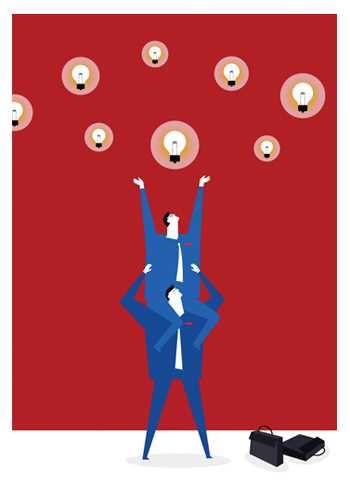 “Neither a wise man nor a brave man lies down on the tracks of history to wait for the train of the future to run over him.”

Change is afoot in Oregon. Although change is typically slow in the legal profession, the bar has taken action over the last year to keep pace with changes in Oregon by proposing amendments to the rules regulating lawyers’ conduct, which were recently adopted by the Oregon Supreme Court.

Laws prohibiting the possession and distribution of marijuana in Oregon for recreational purposes have existed for 80 years. Last fall, Oregon voters forced a change of course when they approved Ballot Measure 91. An amendment to RPC 1.2 addresses lawyers advising marijuana businesses.

As Oregon’s economy, culture and environment have become increasingly tied to other countries, many Oregon lawyers have found themselves representing more clients with interests, connections and needs that extend beyond national boundaries and crossing paths with foreign lawyers seeking to represent their clients’ interests in the United States. An amendment to RPC 5.5 allows for limited temporary practice by foreign lawyers.

Finally, after discussing for decades bias and prejudice in the practice of law, the OSB membership concluded that the time had come for Oregon lawyers to join the majority of states and specifically prohibit lawyers, in the course of representing clients, from engaging in harassment or intimidation based on a person belonging to a protected class. Oregon RPC 8.4 has been amended accordingly. Perhaps fittingly, this decision came the same year that the U.S. District Court for Oregon struck down Oregon’s prohibition against same-sex marriage, noting the U.S. Supreme Court’s decision in US v. Windsor, 133 SCt 2675 (2013), that state’s marriage laws may not “degrade or demean” individuals in violation of their rights to equal protection under the U.S. Constitution. Geiger v. Kitzhaber 994 FSupp2d 1128 (2014).

Although the use of medical marijuana in Oregon has been legal since 1998, it was the adoption and implementation of the medical marijuana dispensary program in early 2014 that prompted a new bevy of clients interested in opening dispensaries to seek out lawyers for legal advice and assistance. After Measure 91 passed later in the year — calling for the legalization of the recreational use of marijuana — the demand for lawyers able to assist clients in navigating the marijuana laws increased even more. In turn, lawyers began calling the bar, wanting to know whether providing clients with legal advice or assistance relating to Oregon’s marijuana laws may violate their professional responsibilities.

The specific concern has been RPC 1.2(c), which prohibits a lawyer from counseling or assisting a client to engage in conduct that the lawyer knows is illegal or fraudulent.

While users, growers and dispensaries of marijuana who comply with Oregon’s marijuana laws are protected from state criminal prosecution, their activities remain illegal under the Federal Controlled Substances Act and other related federal statutes. Thus, lawyers who counseled or assisted their clients to engage in such activities arguably violated Oregon RPC 1.2(c) as written prior to amendment. There is no nationwide consensus on this issue, however; states that have considered the issue have reached differing conclusions. Cf. Colorado Bar Association Formal Ethics Op No 125 (2013)(concluding that the plain language of the rule prohibits Colorado lawyers from counseling a client to engage, or assisting a client, in conduct that the lawyer knows to be criminal); and State Bar of Arizona Ethics Op 11-01 (2011)(concluding that lawyers may ethically counsel or assist a client in legal matters expressly permissible under the Arizona Medical Marijuana Act despite the fact that such conduct may violate federal law).

In response to these concerns, the Board of Governors proposed, and the House of Delegates approved, an amendment to RPC 1.2. On Feb. 19, 2015, the Oregon Supreme Court adopted Oregon RPC 1.2(d), which reads:

(d) Notwithstanding paragraph (c), a lawyer may counsel and assist a client regarding Oregon’s marijuana-related laws. In the event Oregon law conflicts with federal or tribal law, the lawyer shall also advise the client regarding related federal and tribal law and policy.

Given the continued existence of conflicting federal law, the Board of Governors and the House of Delegates believed it important to require lawyers to advise clients about federal and tribal law and policy related to marijuana. The proposal draws heavily from language included in the commentary adopted by the Colorado and Nevada Supreme Courts to each of their Rules 1.2, and in the Arizona Formal Ethics Opinion. The new rule does not require that lawyers understand the intricacies of federal and tribal law or to advise their clients about the details of those intricacies. Rather, the purpose of this provision is for lawyers to identify and warn clients of related and conflicting federal and tribal law and policy and refer their clients to lawyers with the appropriate level of expertise where necessary. That said, as a practical matter and in order to provide competent representation, lawyers may need a relatively high level of understanding of federal and tribal law implications just so they are able to spot the issues.

This amendment was a recommendation of the International Trade in Legal Services Task Force, which was created by the Board of Governors to study the effect of free-trade agreements and regulations on the practice of law in Oregon and on the delivery of legal services across international borders.

Oregon RPC 5.5(a) prohibits a lawyer who is not licensed in Oregon from establishing a “systematic or continuous presence” for the practice of law within Oregon; it also prohibits out-of-state lawyers from representing that they are admitted to practice in Oregon. Those prohibitions continue under the revised rule.

With the Oregon Supreme Court’s approval on Feb. 19, 2015, Oregon RPC 5.5(c) and (d) now extend to lawyers licensed and in good standing outside of the United States.

The rule allowing temporary practice by out-of-state lawyers was originally passed in 2005 to address the reality that modern law practice often extends beyond state boundaries, and to give clients greater flexibility in choosing a lawyer. Today, nearly 10 years later, many modern law practices cross international borders and clients require lawyers from multiple jurisdictions to address their business and legal needs. Oregon RPC 5.5(c) was simply not responsive to such practices and client needs.

The amendment also addresses a concern that the former rule stood as an unnecessary barrier to trade, in contravention of GATS, NAFTA and other trade agreements to which the United States is a party. Thus, Oregon’s amendment follows the lead of 10 other jurisdictions that amended their Rule 5.5(c) in the same manner.

The amended temporary practice rule only allows foreign lawyers to engage in the occasional and finite practice of law in Oregon. Lawyers not licensed in Oregon are still prohibited from having a “systematic or continuous presence” in Oregon for the practice of law. In addition, the amendment to RPC 5.5(d) simply recognizes that federal law preempts state licensing requirements to the extent that such requirements hinder or obstruct the goals of the federal law. In other words, where federal law allows foreign-licensed lawyers to practice law, Oregon may not prohibit it.

This amendment has been in the works for several years and is designed to address concerns that the rules of professional conduct do not adequately address harassment and intimidation of individuals that occurs during the course of representation and that is based on the individual belonging to one or more protected classes. In short, the rule amendment is an effort to address bias and prejudice in the legal system.1

Last year, the House of Delegates approved an amendment to Oregon RPC 8.4 that would have prohibited a lawyer, in the course of representing a client, from knowingly manifesting bias or prejudice on a variety of bases. When the HOD amendment was presented to the Oregon Supreme Court in accordance with ORS 9.490, however, some lawyers and justices expressed concerns that the RPC 8.4 amendment as drafted may impermissibly restrict the speech of OSB members because its focus was on expression, rather than harmful effects. The court therefore deferred action on the proposal and asked the bar to consider changes that would address the constitutional issues.

To that end, the OSB Board of Governors convened a special drafting committee to develop a revised proposal, which it did. That proposal was approved by the House of Delegates in November 2014 and submitted to the Oregon Supreme Court shortly thereafter. Effective Feb. 19, 2015, the new provisions of Oregon RPC 8.4 are as follows:

(a) It is professional misconduct for a lawyer to: *** (7) in the course of representing a client, knowingly intimidate or harass a person because of that person’s race, color, national origin, religion, age, sex, gender identity, gender expression, sexual orientation, marital status, or disability. *** Notwithstanding paragraph (a)(7), a lawyer shall not be prohibited from engaging in legitimate advocacy with respect to the bases set forth therein.

A lingering question from discussions about this new rule is how “legitimate advocacy” will be interpreted by the bar and the courts. Jurisdictions with a similar rule have had no trouble with its interpretation and may provide some guidance to lawyers here. See, e.g., In re Thomsen, 837 NE 2d 1011 (Ind. 2005)(during representation of a husband in a dissolution of marriage proceeding, lawyer continually made negative comments about the wife associating with a “black male” and “black guy.” Because the parties agreed that the man’s race had no relevancy to the dissolution proceedings, the court disciplined the lawyer, finding the legitimate advocacy exception did not apply.)

As with all changes to the rules of professional conduct, these amendments were developed in consultation with countless volunteer lawyers who shared their time, legal expertise and personal experiences. The bar extends many thanks to all of them. You can download an updated version of the Rules at www.osbar.org/ethics. Oregon lawyers with questions about whether a particular hypothetical scenario may implicate one or more of the new rules may present their questions to the Legal Ethics Committee — in care of General Counsel — for consideration of whether to propose a formal ethics opinion on the topic.

1. For a more detailed history of the development of the amendment to RPC 8.4, see Elkanich & Richardson, A New Rule, A New Outlook: Considering Bias in Our Profession, OSB Bulletin (October 2014).