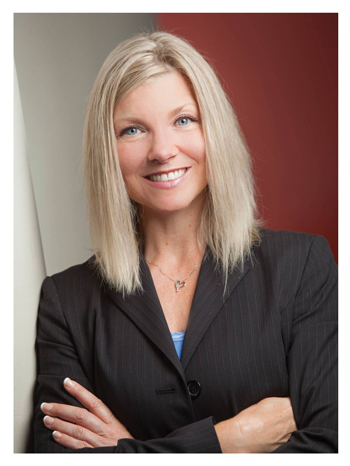 Kimberley Mansfield was living in Boston and working in theater when she first learned of the Innocence Project.

“It was the year after the Innocence Project started in New York, and there was a lot of publicity about it. I was absolutely captivated,” she says. “I thought, ‘Oh, my gosh — lawyers can be really useful.’ What motivates me is being useful.”

That memory took root in the back of her mind as she worked as an actor and director. It continued to simmer while she later bartended in destination hot spots and, during the off seasons, earned her bachelor’s degree and traveled to places like the United Kingdom, Spain, France, New Zealand and Australia. The recent Willamette University College of Law grad seems a bit surprised to be anchored in Salem, where her father was raised and her parents met and married.

“If you had told me five years ago that I would be living in Salem, I would have laughed at you. When I decided to stay here permanently, it was very sentimental to my family,” she says.

An attorney with Royer & Associates, Mansfield dedicates her pro bono work to serving as the legal clinic coordinator for the De Muniz Reentry Resource Center. She is determined to educate the legal community and public about the growing practice of Reentry Law and Justice Reinvestment, which stands to save communities millions in corrections costs while helping former inmates leave the system for good.

She had met Paul De Muniz, then chief justice of the Oregon Supreme Court, the year before when he was moderating a panel at PSU. The pair instantly made a connection as they learned they both were raised in blue-collar families and were first-generation college students. In addition, De Muniz is an alumnus of Willamette’s law school and he encouraged Mansfield to consider enrolling there when she expressed her interest in the field.

Initially drawn to environmental litigation, Mansfield reveled in law school because she learned volumes and felt she was developing the skills to do something useful with her career. During her final semester, De Muniz asked her to coordinate a Legal Clinic at the Reentry Resource Center he founded as a public-private partnership in 2011.

“I became a great admirer of her academic skills and her commitment to justice,” De Muniz says, noting Mansfield was the resource center’s first volunteer.

Part of the Marion County Reentry Initiative, the resource center provides access to legal, medical, educational and employment assistance as well as resources for housing and transportation for people who have been incarcerated and are transitioning back into society. Of the approximately 700 inmates released each year in Marion County, more than half don’t have a place to live; most don’t have a job; and many need treatment for drug-related offenses or mental health medications, according to the center.

Across the state, an estimated 400 prisoners were released each month in 2010. Most had no transportation and nearly half had served time before. At the national level, about 60 percent of releasees don’t have an I.D. and only about 8 percent have a driver’s license, Mansfield notes.

Among the other challenges that make reentry difficult, the stigma of a criminal record often leads to housing, employment and social discrimination. Those with a lengthy sentence typically lose custody and parenting time. Unpaid fines and debt destroy credit history and lead to collections. Another consequence is that professional licenses and driver’s licenses may be suspended or revoked.

Mansfield says most reentry clients are part of the 850,000 low-income and elderly Oregonians who are eligible for legal aid services. However, about 85 percent of those needs go unmet because there is one legal aid attorney for every 9,444 eligible people across the state.

Since its establishment in 2013, the Legal Clinic at the De Muniz Reentry Resource Center has provided pro bono services ranging from divorces and custody agreements to dissolving guardianships so people can have their children returned upon their release. The center has helped its clients avoid evictions and termination of their utilities, obtained a charge reduction so a client was eligible for expungement, and helped avoid the permanent forfeiture of a client’s teaching license.

“We’ve been able to accomplish numerous things that we didn’t see coming. I didn’t know how broad of an education I was going to get when I backed into this,” Mansfield says with a laugh. “Even when we have to deliver unfavorable news, we try to give clients face time, which is something they haven’t had for a while.”

Along with providing much-needed legal services for inmates reentering society, the clinic teams Willamette law students with supervising attorneys and gives the students experience with intake work, research and analysis of the law and the facts related to each case. The mentorship and professional skills that evolve in turn help prepare a new generation of attorneys for the burgeoning practice of Reentry Law.

“She is really the one who has made the legal clinic thrive,” De Muniz says. “She organized the procedures and the record-keeping, and she recruited the supervising lawyers — she’s responsible for all of that.”

The center’s work dovetails with state and national efforts to reduce recidivism and corrections costs. The Oregon Legislature passed HB 3194, the Justice Reinvestment Act and the Justice Reinvestment Grant Program to shift spending from incarceration to intervention and prevention. With lockup costing $84 per day per inmate and community supervision costing $12 a day, Mansfield says, these measures will save Oregonians an estimated $300 million over the next decade.

“The return on investment in Oregon is astounding. Every $1 invested in evidence-based reentry services saves the community $14 in recidivism costs three years down the road,” she says. “That’s beyond prudent investing. It’s a social and economic windfall.”

“Criminal defense providers have a sweeping realm of areas we are required to inform clients about regarding the impact of convictions,” she says. “However, being informed of the negative consequences, from HUD housing to employment, immigration to college education, is a lot different than being given support, guidance and maybe some assistance in overcoming those hurdles and reentering society as a productive member and citizen.”

Oldenkamp describes reentry law as a more honest depiction of much of what defense attorneys do: meld law and social work.

“And, with a specific honed knowledge of how to navigate and reinstate benefits, and overcome hurdles to employment, housing and education, this specialty of attorneys could really make a huge impact on long-term social reintegration,” she says.

Mansfield acknowledges that although the need is widely documented, there is little data yet on to what extent reentry legal services impact recidivism. Overall, however, the Marion County Reentry Initiative is credited with reducing recidivism in that county by 8 percent, compared to 28 percent statewide.

“We’re on the frontier here, and reentry law is novel,” she says. “It is our contention, however, that the victories we win for our clients, the information we provide, clients’ overwhelming gratitude and obvious relief — surely these things weigh against recidivism.”