The OSB House of Delegates:
A Relevant Governing Body, or a Missed Opportunity?
By Tom Kranovich 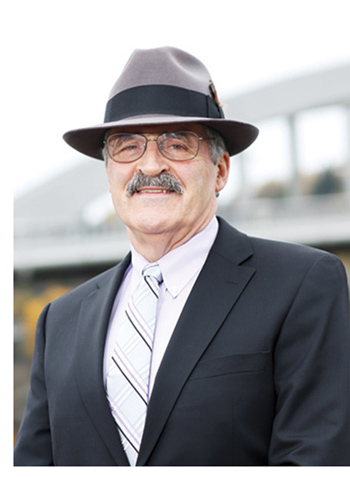 In 2005, I was president of the Clackamas County Bar Association and as such I automatically became an ex officio member of the bar’s House of Delegates. I could attend. I could vote. Armed with little more than curiosity and a copy of the agenda, I went to the annual meeting and observed how masterfully OSB President Nena Cook presided over the meeting. I was impressed with the thoughtful, spirited and sometimes passionate debate by delegates from all over the state and from every conceivable practice area. I came away with three impressions: 1) this can be an important forum; 2) adherence to Robert’s Rules of Order is essential; and 3) someday I would like to preside over that meeting.

On Nov. 7, I will have the privilege of presiding over the annual House of Delegates meeting at the OSB Center in Tigard. (Note that the location is subject to change.) I have looked forward to doing this since 2005, but, like presidents before me, I have a significant apprehension: Will we have a quorum and/or will we be able to maintain a quorum and complete our agenda? If there are arguments against having a House of Delegates, the strongest is the difficulty in getting and maintaining a quorum. Every year the pressing question has been: Do we have a quorum?

The House of Delegates is comprised of 240 delegates — 130 are elected from the seven regions and 25 are from out of state. The rest are ex officio delegates comprised of 1) the Board of Governors; 2) the chairperson or a designated alternate of each state bar section; 3) the elected president of each county bar association; and 4) one public member from each region. A quorum requires the attendance of 121 delegates. House of Delegates meetings may not commence until there is a quorum. Once the meeting begins it may continue, regardless of the number of delegates in attendance, unless a quorum call is made and it is determined that the quorum has been lost. Once it is determined that the quorum has been lost, the House of Delegates can no longer transact the business of the bar. Absent a quorum, the opportunity to do the business of the bar is lost.

In the last nine years, I have seen three House of Delegates meetings foiled by quorum issues. On two occasions, there was an insufficient quorum to start the meeting, and last year, during the debate on a contentious issue, it took only the actions of a few delegates walking out and a quorum call to end the meeting. Ending a meeting by deliberately losing the quorum is a time-honored tactic employed by a minority to thwart the majority. It may be frustrating, but it has historical precedence. Failing to obtain a quorum to begin the meeting, however, is inexcusable. Regardless of how it happens, whenever this is a quorum failure, the delegates are silenced and the bar has lost an opportunity.

Years ago, the bar stopped holding its annual bar convention, with its “town hall” meeting, and it adopted the House of Delegates system of representative governance. This was done for two reasons: 1) due to declining participation and increasing expenses, the bar convention became cost prohibitive; and 2) the town hall meeting had difficulty in raising a quorum. While costing much less than the town hall meeting, the annual House of Delegates meeting, along with the two preliminary meetings for delegates from each region, is still a considerable expense. Planning and facilitation all of the actiities of a House of Delegates meeting has direct (cash outlay) and indirect (staff resources) costs. Unfortunately, while money has been saved, the move to the House of Delegates format has not solved the quorum issue. Quorum failures waste bar funds and resources, and, just as importantly, they waste the time of those dedicated delegates that took the time to show up.

Even though notices and reminders of House of Delegates activities are routinely sent to delegates and posted online, one of the first things I did, as president, was send every delegate a letter asking them to “save the date” for the upcoming House of Delegates meeting. By the time you read this article, I will have sent a second reminder to all House of Delegates delegates including newly elected members and all ex officio members. Notice is not the quorum issue, commitment is.

As I write this article, there is still time for agenda additions, so I cannot say for sure what will be on it, but by the time you read this, the agenda will be available for your review on the bar’s website. I do know that there will be serious issues, including resolutions on at least two proposed changes to the Rules of Professional Conduct. I go into the upcoming meeting with two concerns: first, I will have — and maintain — a quorum, and second, if not, should the House of Delegates system be abandoned?

To be clear, I personally believe that the House of Delegates has a potentially important role in bar governance. Taking into consideration that some delegates have legitimate reasons for not attending, what I question is whether the remaining delegates have the necessary commitment to make it succeed. I will go into November’s meeting with three convictions: 1) The House of Delegates can be an important forum; 2) adherence to Robert’s Rules of Order will be essential, and 3) I am so looking forward to presiding over a successful meeting. In the words of Tim Gunn from “Project Runway,” I say this to all delegates: “Make it work.”

ABOUT THE AUTHOR
OSB President Tom Kranovich practices law in Lake Oswego. Reach him at president@osbar.org.