The Bar Exam and Poetry
By Ronald Talney 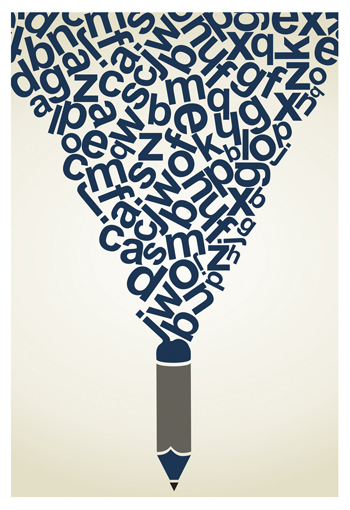 It was the mid-1960s. I was to take the Oregon Bar exam at a high school in Salem. Since I lived in Portland, and the exam lasted three days, it was necessary, given my finances, to find a cheap motel to avoid a daily commute.

That first night I lay on that sagging bed in that tacky room with note cards spread out before me, a last-minute effort to stuff in four years of law study. Perhaps there was something there that would save me. The drapes would not close entirely, and there was a huge neon sign on Commercial Street across from the motel that blinked its ghastly orange and red neon letters on and off all night long, casting bizarre patterns across the worn rug and up the side of the far wall. Off and on. All night long.

I knew I should be cramming for tomorrow’s challenge. I had gone to Northwestern College of Law. As a night student, I had gone to classes three nights a week and studied some 25 hours per week. In addition, as husband, and father of two, I worked 40 hours or more a week. My life had been a busy one for those four years. I had neither the time nor the money to take a bar review course. I had simply taken two weeks off prior to the exam to study. Thus, the panic and the sense that I was not as prepared as I should be. I had already registered for next year’s bar review course. In a sense I viewed this as a practice exam.

But then an inspiration struck. Why not write a poem instead? By the time I graduated from law school I had beenpublished as a poet. Bits of a poem had been circling in my head for several days. Perhaps it was time to give them a home. Thus, I sat back, put the note cards away, took out my yellow legal pad and began to write. The neon sign blinked its ugly patterns silently in the background as I worked. Little by little thoughts of the pending exam receded, and the law became the furthest thing from my mind. Ah, poetry. Thou heaven-borne King! Who said that? I didn’t stop to ponder the question. I wrote. Far into the night. And little by little a poem emerged.

Sometime later, a rough draft completed, I fell into a deep sleep. The following morning I woke early, oddly refreshed. Now nervous again, I paced the room until it was time to go. The exam was held in a gymnasium with folding tables set up. With the hundreds of other applicants, I found a seat. The proctor gave us instructions: three essay questions would be passed out and we would have an hour and a half to respond to them. Then three more each hour and a half for a total of two and a half days. Thirty questions in all. All essay.

Finally, it was over. I was the first to leave. That alone was disconcerting. In a daze, I left the building, and I headed to Portland. I stopped at a shop to pick up toys for my young girls, then took I-5 heading north, back to my real life. Beside me on the seat was that legal pad with the rough draft of my new poem. Looking back, I am convinced that in its own way it saved my life. Or at least my career path.

By spending my precious time the night before doing something removed from the law and allowing my mind to focus entirely on that endeavor, I was able to rest my inner self to be more relaxed and at ease with the exam process. I was able to empty myself and ultimately get the deep rest, both mentally and physically, I needed. And a poem.

Poetry has saved me at times. It did on that occasion. Two months later the results were posted. There was my name among the successful. Days later, before family and friends, I was sworn in. In a sense, I owe it all to the intrusion of the creative process at an opportune moment. But even now, years later, I still see those ghastly orange and red flickering neon lights dancing up and down the walls of that shabby motel room. To hell with Hadley v. Baxendale and the law of contracts — I was writing a poem! What every aspiring lawyer should be doing the night before the bar exam.

And what every lawyer might, perhaps, consider doing the night before that big trial.