A New Rule, A New Outlook:
Considering Bias in Our Profession
By David Elkanich & Bonnie Richardson 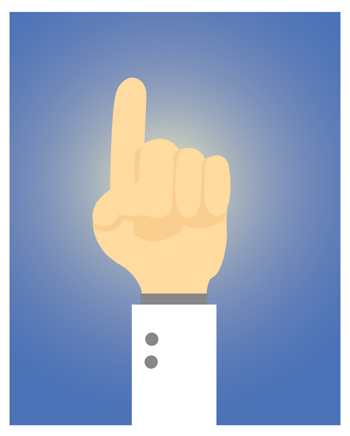 Most lawyers would agree that intimidation and harassment based on a protected class have no place in the practice of law. It is hard for some of us to even imagine that a lawyer or any professional would engage in such behavior. But unfortunately some lawyers do behave badly; and when they engage in such conduct, should the conduct be subjected to discipline?

What would happen, for example, if a lawyer made sexually charged references to (and about) opposing counsel? What if a lawyer referred to an opposing party using a slur based on race or sexual orientation? Although this conduct may lead to discipline under current disciplinary rules if there was a judicial proceeding and such conduct prejudiced the administration of justice, not all such conduct is so easily parsed.

For more than three years, the bar, through various task force groups and committees, has been considering whether to change the Rules of Professional Conduct to prohibit bias. At its November 2014 meeting, the Oregon State Bar House of Delegates will consider the following proposed change to RPC 8.4(a):

(a) It is professional misconduct for a lawyer to

(c) Notwithstanding paragraph (a)(7), a lawyer shall not be prohibited from engaging in legitimate advocacy with respect to the bases set forth therein.

The two authors served on a recent rule drafting committee and have co-authored this article in order to provide some background and context in advance of the November vote.

Request for a Rule Change

In May 2011, the Oregon State Bar Board of Governors asked the OSB Legal Ethics Committee to review the RPCs in the context of discrimination, intimidation and/or harassment in judicial or administrative legal proceedings. The legal ethics committee formed a task force to fulfill this charge, made up of members of the OSB Legal Ethics Ccommittee, along with other interested parties including a representative from the Oregon Women Lawyers. The task force recommended in September 2011 that RPC 8.4 be amended to prohibit bias.

The legal ethics committee then considered whether it should draft an ethics opinion or whether a rule change was more appropriate. The committee invited OWLs, bar leaders and other interested parties to provide additional input at a meeting in April 2013.

Through this process, it became evident to the ethics committee that a rule change was appropriate. There was evidence and examples of racial, gender and other biases in the legal system. The committee recognized a rule change would set forth the important policy to the public and to members of the bar that such conduct had no place in the practice of law. Nor would Oregon be the first state to consider such an anti-bias rule change — and it surely won’t be the last. At the time of this publication, the ABA and 38 states, including the District of Columbia have adopted a rule, comment or statement prohibiting bias in the legal profession.1

(a) It is professional misconduct for a lawyer to

(b) Notwithstanding paragraph (a)(7), a lawyer shall not be prohibited from engaging in legitimate advocacy with respect to the bases set forth therein, or from declining, accepting, or withdrawing from representation of a client in accordance with Rule 1.16.2

The Oregon Supreme Court considered the amendment at its Dec. 3, 2013, public meeting. A group of bar members voiced objections based primarily on concerns that the proposed rule violated Article I, section 8 of the Oregon Constitution. The court then decided to defer action on the proposed amendment until the rule could be re-examined to satisfy constitutional concerns.

In February 2014, OSB President Tom Kranovich appointed nine lawyers to serve on the OSB’s RPC 8.4 Drafting Committee. Of the nine lawyers appointed to serve, two had personally appeared and presented written objections to the House of Delegates proposal at the court’s public meeting; three were representatives of the legal ethics committee; one was a representative of OWLs; one was a member of the original task force; and two were recommended by the court as having some expertise in Oregon free speech jurisprudence.3

The drafting committee was tasked with developing a proposed anti-bias rule that would satisfy the court’s concerns about its constitutionality. The drafting committee was not, however, tasked with considering whether such a rule change was appropriate or a matter of good public policy and therefore narrowed its review only to redrafting the rule to address free speech concerns. The drafting committee itself was indeed a diverse one, made up of members with varying views on whether a rule change was necessary or a matter of good public policy. It was commendable that each member was able to set aside their personal views in order to satisfy the bar president’s charge.

The drafting committee had four meetings in the spring of 2014, and its agendas, minutes and materials can be found on the bar’s website. Committee discussions were vigorous and intense, and early on, the drafting committee struggled with the “manifesting bias or prejudice” language that was included in the House of Delegates proposal, and in particular, how to articulate harmful effects within this approach that would satisfy constitutional analysis.

The drafting committee initially discussed whether the existing RPC 8.4(a)(4) regarding conduct prejudicial to the administration of justice was sufficient to address bias. It determined that the current RPC 8.4 was not enough, especially in light of the court’s disciplinary jurisprudence. See e.g. In re Discipline of Sione, 355 Or 600, 608, 330 P3d 588 (2014) (citing elements for violation of RPC 8.4(a)(4)). First, RPC 8.4(a)(4) requires conduct to occur during the “administration of justice,” which is limited to judicial (or equivalent) proceedings, and this would not capture transactional conduct. Second, it was unclear whether intimidation and discrimination would be considered “conduct” that the lawyer should not have done. The similar ABA Model Rule avoided this issue by including a comment specifically stating that conduct manifesting bias or prejudice based on a protected class is covered under the rule, but Oregon’s lack of comments to the RPCs and unique case analysis prevented such an easy fix. See ABA RPC 8.4 cmt (3).

The drafting committee spent most of its time considering the constitutional implications of an anti-bias rule. A considerable number of hours was spent discussing, exchanging emails and analyzing how to create a rule that would address the harm at stake (intimidation and discrimination based on a protected class) but not be overbroad or unduly burdensome in restricting speech. Over the course of the meetings, the discussion narrowed to four principal questions: 1) what harm should the anti-bias rule prohibit; 2) what classes of individuals should the rule protect; 3) should the rule apply only to the lawyer in the course of representing a client or also in the course of representing himself or herself; and 4) whether the rule would need to maintain an exception for “legitimate advocacy.” The next proposals focused on harmful effect, eliminating reference to communication or expression, and being specific enough so as to avoid possible vagueness challenges while also trying to stay close to the House of Delegates proposal. The drafting committee eventually returned to the original purpose behind the rule, namely, to clearly craft a rule for lawyers and the public that prohibits harassment and intimidation toward specific classes.

The drafting committee discussed in detail what class or classes of individuals the rule should protect, and whether some classes should be removed from the House of Delegates proposal. There was significant discussion regarding whether to include “socio-economic status,” “gender identity” and “gender expression.” Although the committee decided to remove “socio-economic status,” it chose to retain the other classes because they mirrored Oregon law and because the committee believed this was a policy decision that had already been considered by the House of Delegates and the Board of Governors.

The drafting committee next discussed whether the rule as written only applied to a lawyer “in the course of representing a client” or whether it also applied to a lawyer representing himself or herself. Again, the committee believed this was a matter of House of Delegates and Board of Governors policy and did not relate specifically to the committee’s charge; and thus the drafting committee chose to retain the language applying the rule where a lawyer “represent[s] a client.” Finally, the drafting ommittee discussed the safe harbor exception contained in the House of Delegates proposal for legitimate advocacy and decided to retain the language; again, whether the inclusion is appropriate is more a matter of policy for the House and Board of Governors.

Ultimately, the drafting committee unanimously agreed that the proposed rule would likely pass constitutional muster and voted to present the language in the proposal to the Board of Governors. Although some members of the committee believe that such a rule change is appropriate, and others believe the rule shouldn’t be changed as a matter of policy, the committee’s charge was not to debate the larger question of whether the proposed rule should be recommended to the Oregon Supreme Court as a matter of good policy. That is up to our elected delegates at the House of Delegates.4

At its June 2014 meeting, the Board of Governors considered and discussed the proposal passed by the drafting committee and voted unanimously to present the proposed amendment to RPC 8.4 to the House of Delegates for consideration at its November meeting.

1. See, for example, comment [3] to ABA Model Rule 8.4, which provides in part: “A lawyer who, in the course of representing a client, knowingly manifests by words or conduct, bias or prejudice based upon race, sex, religion, national origin, disability, age, sexual orientation or socioeconomic status, violates paragraph (d) when such actions are prejudicial to the administration of justice. Legitimate advocacy respecting the foregoing factors does not violate paragraph (d).”

4. A copy of the Committee Report can be located: http://bit.ly/1rZGItg. This article draws from the final report, and the authors wish to acknowledge and thank Helen Hierschbiel for her contribution.

ABOUT THE AUTHOR
Bonnie Richardson is a civil litigation attorney and managing partner at Folawn, Alterman & Richardson. She can be reached at bonnie@farlawfirm.com. David Elkanich is a civil litigation attorney whose practice focuses in part on representing represents lawyers and law firms in ethical issues and discipline defense; he is a partner at Holland & Knight and can be reached at david. elkanich@hklaw.com.