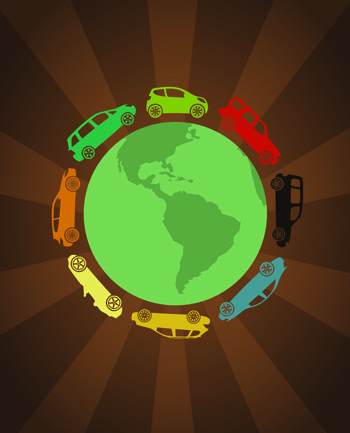 With bipartisan efforts in Congress for comprehensive immigration reform needing a miracle for any progress to occur in 2014, states must take the initiative for sensible reform. This winter, the California Supreme Court ruled the State Bar of California could issue a bar license to Sergio Garcia, an undocumented immigrant who is a U.S. college and law school graduate. Last year, Oregon joined Washington and California and allowed undocumented residents to attend state schools and pay in-state tuition. These efforts help undocumented immigrants continue to become educated, productive members of our society.

Across the country, immigrants power innovation. In the U.S., 26 percent of all Nobel laureates have been foreign born (and 35 percent of Nobels in the sciences). Some 50 percent of Silicon Valley tech CEOs are foreign born. Immigrants have contributed much to Oregon, starting with Russian immigrant Sam Schnitzer, who built the Alaska Junk Company, a one-man scrap metal operation, into Schnitzer Steel, a global leader in the metals recycling industry, with $3.3 billion in revenues for fiscal 2012. In the process, Schnitzer and his family became dedicated philanthropists whose largesse has benefited millions of Oregonians. His family has donated more than $80 million to Oregon museums, health centers and universities.

Indeed, the tenacity and grit of immigrants from all over the world have advanced the Oregon economy. Their contributions benefit the sciences, high tech, small businesses and farming. According to data published by the American Immigration Council, from 2006 to 2010, 22,216 new immigrant business owners in Oregon created total net business income of $1.1 billion — which amounts to almost 10 percent of all net business income in the state. In 2009, over 35 percent of graduates in sciences, technology, engineering and math from Oregon’s research-intensive universities were foreign born. They are some of our brightest minds, and many hope to remain in Oregon and build better futures for us all.

Oregon’s DMV issues need to be resolved. SB 833, the DMV legislation that passed last May and which Gov. Kitzhaber signed into law, would have granted driver’s licenses to undocumented immigrants. But the law was stonewalled and will not go to Oregon voters until November. Twelve other states permit undocumented state residents restricted driver’s licenses. This is a needless delay that complicates the lives of some of our hardest-working residents.

The current Oregon DMV rules also cause delays for legal immigrants who are in the process of extending their lawful temporary status. In Oregon (and several other states), the DMV rules require an “original” Approval Notice from the USCIS, to legally drive. Seems straightforward enough, except the government often adjudicates extension petitions at a snail’s pace. Take, for example, a software engineer working in Hillsboro or a physician in Medford who is here in the U.S. under a professional “H-1B” visa. That worker may obtain a driver’s license limited to the length of stay under the H-1B approval (usually an initial period of three years). The sticky part comes when it is time for her employer to extend this worker’s temporary status. Under federal law, that professional worker remains in the U.S. legally while the H-1B extension is pending, and the employer may keep this professional on payroll while it is pending up to 180 days. Hats off to Renee Davis-Born, Senior Policy Coordinator at the Oregon DMV, for making sure these lawful nonimmigrants ultimately can renew their licenses, but the process is often clunky and can often involve several trips to the DMV. Washington state doesn’t have such hurdles. California allows restricted licenses for undocumented workers, but still requires the original approval notice for an extension petition, so is worse on that front.

ABOUT THE AUTHOR
Laura J. Mazel is a partner in the business immigration law firm Weaver Schlenger Mazel in San Francisco and an elected member of the OSB House of Delegates. She vacations frequently at her cabin in Netarts Bay, Ore. Mazel may be reached at ljmazel@ wsmimmigration.com.