What's GATS Got to Do With It?
International Trade in Legal Services
By Helen Hierschbiel 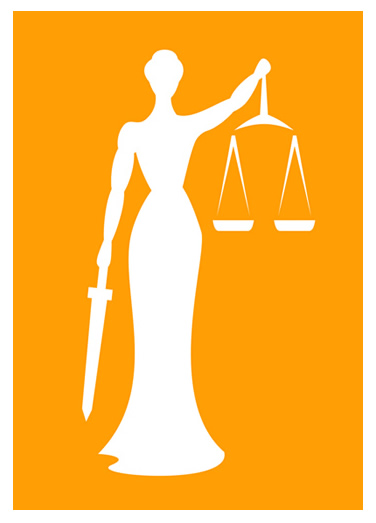 National borders around the world are fading as our economies, cultures and environments become increasingly integrated and interdependent. As a result, lawyers cannot always assume that their practices will be contained by national borders. Given Oregon’s location on the Pacific Rim, Oregon lawyers in particular may be more likely to find themselves representing clients with interests, connections and needs that extend beyond national boundaries and crossing paths with foreign lawyers seeking to represent their clients’ interests in the United States.

While many lawyers may be familiar with the General Agreement on Trade in Services (GATS) and the North American Free Trade Agreement (NAFTA) and their application to legal services, they may not know that the United States has negotiated 15 other international trade agreements that also apply to legal services. In her article, From GATS to APEC: The Impact of Trade Agreements on Legal Services, 43 Akron L Rev 875, 878 (2010), Penn State Dickinson School of Law Prof. Laurel S. Terry suggests that the routine inclusion of legal services in U.S. international trade agreements may be due to the significant role that such services play in the U.S. economy. She cites a 2009 U.S. International Trade Commission report that “described U.S. legal services as ‘very competitive in the global market,’ noting that they accounted for 54 percent of global revenue in 2007 and comprised 75 of the top 100 global firms ranked by revenue.” Id. at 880-881. Moreover, legal services facilitate other trade by, among other things, providing support for commercial transactions and buyer/seller relationships. Id. at 881.

But what do these trade agreements have to do with lawyer regulation? These treaties contain a common clause requiring that parties to the treaty consider establishing “any necessary disciplines” to ensure that domestic regulation measures do not create unnecessary barriers to trade. While GATS does not override the states’ authority to regulate the practice of law within its borders, under the federal enabling legislation, the federal government arguably could compel the states to change. Id. at 916-917. Thus, there is general consensus that reviewing regulations relating to the practice of law for “unnecessary barriers to trade” is a prudent undertaking.

To that end, in June 2013, the Oregon State Bar Board of Governors appointed a task force to study the impact of globalization, cross-border practice and lawyer mobility as it relates to international trade. The mission of the task force is to:

With those areas of practice in mind, the task force has developed the following proposals for consideration by the OSB Board of Governors. Prior to making its recommendations, however, the task force would like to hear comments from the membership.

Oregon RPC 5.5(c) allows a lawyer admitted in another United States jurisdiction to provide transactional legal services on a temporary basis in Oregon if they are 1) undertaken in association with a lawyer who is admitted to practice in this jurisdiction and who actively participates in the matter; 2) arise out of or are reasonably related to the lawyer’s practice in a jurisdiction in which the lawyer is admitted to practice, or; 3) provided to the lawyer’s employer or its organizational affiliates and are not services for which the forum requires pro hac vice admission. This provision is more commonly known as the “fly in, fly out” provision or “FIFO” rule.

Oregon would not be the first state to contemplate such a change. Delaware, the District of Columbia, Florida, Georgia, New Hampshire, Pennsylvania, Virginia and Washington have amended their FIFO rules to allow the temporary practice by foreign lawyers within their jurisdictions. In addition, ABA Model Rule 5.5(d) provides for temporary transactional practice by foreign lawyers, albeit only to their employers or organizational affiliates.

The driving theory behind allowing the provision of temporary legal services by foreign lawyers is that it does not pose an unreasonable risk to the interests of the clients, the public or the courts. See ABA Model Rule Comment (5). The goals of consumer protection and integrity of the courts are protected when the provision of legal services is overseen by either an Oregon lawyer or by an employer. With respect to the last category of temporary practice — services that “arise out of or are reasonably related to the lawyer’s practice” in the lawyer’s home jurisdiction — lawyers are expected to be operating within their distinct area of expertise, interpreting the laws of their home jurisdiction or providing services to clients within their home jurisdiction. Again, under these circumstances, the reasoning goes, client protection goals are met.

Oregon Admission Rule 16.05 allows an attorney employed by a business entity that is authorized to do business in Oregon, who has been admitted to practice law in another state, federal territory or commonwealth, or the District of Columbia, to become licensed as house counsel in Oregon under certain conditions. To apply for admission under this rule, the lawyer must: 1) graduate from an ABA approved law school or satisfy the requirements of Admission Rule 3.05; 2) pass a bar examination in the jurisdiction in which the applicant is admitted to practice law; and 3) provide verification of employment as house counsel by a business entity authorized to do business in Oregon, and disclosure of the limitation of the lawyer’s license to that entity. In addition, the lawyer must take and pass the professional responsibility exam and pass character and fitness requirements. Once admitted, the lawyer may provide legal services only for the business entity identified in the application or through a certified pro bono program.

This rule presents two significant barriers to foreign lawyers’ admission as house counsel. The first is that the lawyer must be admitted to practice law in at least one U.S. jurisdiction. A lawyer who is admitted only in a foreign jurisdiction is not eligible to apply for admission under this rule. Second, even foreign lawyers who are licensed in a U.S. jurisdiction must also either have graduated from an ABA approved law school or, if not, bear the burden of showing that: 1) the requirements for admission to practice law in the foreign jurisdiction are substantially equivalent to Oregon’s; 2) the foreign jurisdiction in which the applicant is licensed is one where the Common Law of England exists as the basis of its jurisprudence; and 3) the foreign law school from which the applicant graduated is the “equivalent” to an ABA approved law school. See Oregon Supreme Court Admission Rule 3.05.

The task force believes these barriers to the provision of legal services by foreign lawyers in Oregon are unnecessary and therefore proposes to change the House Counsel Admission Rule to one similar to the rule adopted in Washington State. The first recommendation is to remove the requirement that a lawyer be licensed in a U.S. jurisdiction and allow lawyers who are only licensed in a foreign jurisdiction to apply for admission as house counsel. Second, the task force proposes eliminating the requirement that the applicant have graduated from an ABA-accredited law school or otherwise satisfy the requirements of Admission Rule 3.05. Instead, the foreign-licensed lawyer would have to show current good standing in all jurisdictions in which the attorney is admitted to practice law. Finally, the task force proposes eliminating the requirement of passage of a bar exam, other than the professional responsibility exam.

Oregon lawyers are increasingly called upon to handle matters for their clients that involve multiple jurisdictions, some of which may be overseas. These lawyers face difficult choice of law questions when confronting ethics issues, particular those involving conflicts of interest. Oregon RPC 8.5 governs the disciplinary authority of the Oregon Supreme Court over lawyers involved in a multijurisdictional practice. Under RPC 8.5(a), Oregon has disciplinary authority over: 1) a lawyer admitted to practice in Oregon, regardless of where the conduct occurs; and 2) a lawyer not admitted to practice in Oregon, if the lawyer provides or offers to provide legal services in Oregon. Oregon RPC 8.5(b) sets forth what professional responsibility law should be applied to the lawyer in question. When the conduct occurs before a tribunal, “the rules of the jurisdiction in which the tribunal sits” govern the lawyer’s conduct. This means that a lawyer practicing before a tribunal in a jurisdiction outside of Oregon should become familiar with the rules of professional conduct for the outside jurisdiction.

For conduct that is not in connection with a matter pending before a tribunal, RPC 8.5(b)(2) provides that 1) the rule of the jurisdiction in which the conduct occurred will apply, unless 2) the lawyer’s conduct has its “predominant effect” in a different jurisdiction. Determining where a lawyer’s conduct has its “predominant effect” is particularly challenging for the lawyer with a multijurisdictional practice. In order to make this assessment somewhat easier, the task force recommends adopting a formal ethics opinion that would essentially adopt the solution proposed by the ABA Commission on Ethics 20/20, which was to add commentary to the ABA Model Rule 8.5 indicating that in assessing a lawyer’s reasonable belief as to the predominant effect of the lawyer’s conduct, a written agreement regarding the locus of predominant effect (obtained with the client’s informed consent) may be considered, but only for conflict of interest purposes. Because Oregon does not have commentary for its rules of professional conduct, adoption of a formal ethics opinion is recommended instead.

What Do You Think?

At this juncture, the task force does not have any proposals for substantive changes to the rules relating to pro hac vice admission, full licensure of foreign lawyers in Oregon, or the practice of foreign legal consultants. However, it will recommend that the Board of Governors continue to monitor these issues by, among other things, collecting data on how often foreign lawyers use or seek to use these avenues to engage in the practice of law in Oregon. For now, however, the task force seeks your input. What is your experience with the “international trade in legal services?” What do you think of the changes proposed by the task force? Let me know by email at hhierschbiel@osbar.org.