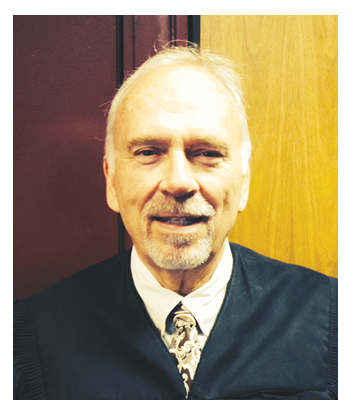 Tom Kohl stayed away from his daughter’s murder trial, not wanting to hear the painful details of her death or create a distraction during the proceedings. Then the presiding judge of Washington County Circuit Court, Kohl distinctly remembers how surreal it felt to step down from the witness stand after testifying during the sentencing hearing for Megan’s killer.

“I cried as I talked about what it was like to lose her,” Kohl says. “It was so strange to step down off the witness stand after so many years of being a judge, and to leave the stand after talking about losing Megan.”

Losing Megan: Finding Hope, Comfort and Forgiveness in the Midst of Murder is the title of the book Kohl wrote about his daughter’s murder. Published in 2012, the book details Kohl’s spiritual path before and after her death, and the lessons he has learned along the way. Among them, some good can arise from a terrible tragedy.

Kohl’s life changed in 2000 when, after two failed marriages, he began dating his current wife, Julie, who invited him to her church. Kohl says his life was completely transformed as he confessed his failures, accepted Jesus Christ into his life and began seeking ways to do things better, both personally and professionally.

In 2005, Kohl began presiding over Washington County’s newly established drug court. He admits he was pretty hard on defendants who came through the court until Megan was killed. She had been a drug addict and associated with criminals, including Robert Burton Bettelyoun. Bettelyoun was convicted of stabbing Megan to death on July 21, 2006, while they were visiting a friend’s apartment in Gladstone. Megan was 21.

“It’s a parent’s worst nightmare coming true when you lose a child. I was full of sadness, despair and hopelessness. It was a struggle to go from day to day, and I had suicidal thoughts,” Kohl says. “I took some time off, but I was ready to get back into the work environment. I was so fortunate as a judge to know how the system worked and that there would be delays and setbacks.

“One of the things I never had was hatred and anger toward the person who murdered Megan. I was so full of sadness and sorrow that there just wasn’t room for anything else,” he says, adding Julie and their church community helped him deal with the tragedy.

Though Kohl didn’t attend Megan’s murder trial, members of the prosecution team called him each evening to ask how he was doing and fill him in on the day’s events. When he attended the sentencing hearing, during which Bettelyoun was given life in prison, Kohl found the spiritual strength to offer forgiveness.

Kohl began the difficult process of writing the book about losing Megan and, when he thought he was finished, he felt a nagging sense that one last chapter awaited his attention. He realized he needed to go see Bettelyoun in prison in order to finish the book.

When Kohl went for the hour-long visit with Bettelyoun on April 21, 2011, he spent the first excruciating 15 minutes making small talk. Eventually, as Kohl asked Bettelyoun if he had any questions, Bettelyoun asked Kohl why he was being so kind and then broke down into tears. Kohl says the remainder of the visit flew by as he spoke with Bettelyoun about his faith and the power of forgiveness.

After the visit, Bettelyoun’s guard told Kohl his words were comforting to him as well because he had lost his child to a drunk driver. “You never know who is listening when you are speaking words of comfort in someone’s life,” Kohl says.

Since then, Kohl has found numerous ways to spread the message that — despite whatever tragedy befalls someone — their faith can lead them to forgiveness. After he finished writing Losing Megan, he was invited to speak at prisons throughout the country. He and Julie regularly spend time at Angola, the Louisiana prison dubbed the Alcatraz of the South, where a movement to encourage inmates’ spiritual growth has resulted in less violence, a thriving farm and a seminary program that serves as a national model. Kohl says he hopes to see the successful program adopted by Oregon’s corrections system.

Kohl has shared his experiences in Indonesia and Zimbabwe and, as the world marks the 20th anniversary of the genocide in Rwanda, he is planning to travel there in June to speak in prisons and reconciliation villages, where Hutus and Tutsis now live together. He uses his vacation time for international engagements and U.S. prison ministry trips. Kohl continues to serve on Washington County’s circuit court and drug court, often counseling from the bench and from his chambers.

“I’ve had many opportunities to see in the courtroom how people react when they are victims of crimes,” he says, recalling the parents of teens who were killed in a drunk driving accident. “I told those parents about Megan, and we all started crying together in my chambers. It’s been a very different road than I ever thought I would travel as a circuit court judge.”

Since Washington County established its drug court in 2005, more than 140 participants have graduated and 164 children have been positively impacted by their parents’ participation in the program. Participants and graduates have had more than 233 years in state prison sentences and 217 months in county jail sentences deferred, for a savings of about $6.7 million in prison costs and $662,000 in county jail costs. So far, $135,000 in restitution has been collected and distributed to the victims of the participants.

Kohl credits the drug court’s staff and services for its success, and says his service on the court took on significant personal meaning after Megan died. He says he is more understanding and empathetic to the defendants who come before him, and he sees his position as an opportunity to help change people’s lives.

“I knew Megan was a drug addict. She was an angry teenager and thought I had abandoned her through my divorce from her mother,” he says. “I made some mistakes, so this is like a second chance for me to be a parent to young kids. Sometimes the kids are 54 years old, but they have the mentality of an 18-year-old.”

Megan’s memory is alive in others she impacted as well. Kohl recalls attending a business luncheon where nearly 1,000 guests were in attendance. In another example of what Kohl describes as God at work, he was seated next to a man who admitted to Kohl during the luncheon that he had sold drugs to Megan and did drugs with her sometimes, too.

“He told me that her murder caused him to stop doing drugs, and that others in their group had quit because of it as well. We talked and got together a couple of times after that, and he was going to A.A. meetings and sharing his story of addiction with others,” Kohl says. “Part of his story is that Megan’s death gave him life. It’s another example of how God can take a tragedy and turn it into something positive.”