A Garden-Variety Lawyer
By Ronald Talney 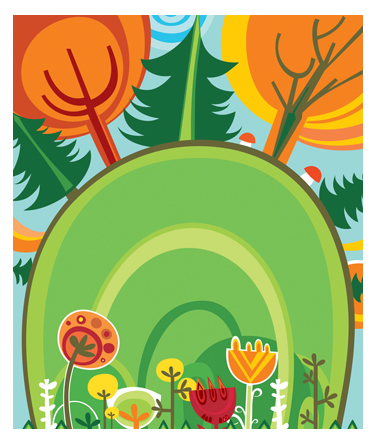 We have the Super Lawyers. We have the elite, self-proclaimed or otherwise. And then we have the lawyers like me. I consider myself to have been the consummate garden-variety lawyer. Some may consider the term “garden-variety” pejorative, but I do not. By the use of that term I considered it was my work to represent the “little” people of the world, the moms and dads, the small shop owners, the elderly often living in modest homes, aging single-wides or apartments. I represented those needing court-appointed counsel, whether criminal cases, cases of domestic abuse or civil commitments, and I took this to mean that I was practicing as a garden-variety lawyer. No large corporate clients, no anonymous boards of directors passing down edicts. Just ordinary folk coming into my small, cramped office in a suburban bank building, often fearful and anxious as they may never have consulted a lawyer before. Fearful of what it would cost just stepping into the outer office. Fearful of meeting face to face with a professional they might think of as more highly educated — a person they considered to hold some strange access to power in society, even if we practitioners know it to be otherwise.

I did occasionally wonder what it might be like to enjoy the perks and benefits and challenges of a more stylish legal life, the exclusive club for lunches, a golf day from time to time, negotiating a big deal on the 9th green, cigar in hand. Monster cases for or against some giant such as Nike or Intel. Of course, for those who actually live that life, they will recognize that I am drifting far from the reality of their work. In later years when I had occasion to come into more contact with lawyers in the large, downtown, what we called “silk-stocking” firms, I found them to be often delightful companions and wonderfully bright. It was easy to see that they had been the stars of their respective highly esteemed law schools and ranked highly in their academic achievement.

But at the time I went into private practice such an avenue was not readily open to the likes of me, regardless of grades or academic achievement, neither of which I had in abundance. I was a graduate of a night law school that lacked ABA accreditation, a somewhat older newbie in the legal world. A family man with mouths to feed. As a result, for me the options seemed to be to open my own practice or to work for government agencies that at that time seemed to offer few real opportunities for advancement, and doing work I might in time find dull and repetitive. I opted to open my own practice, at first sharing space with another, more experienced lawyer, and then becoming part of a small, suburban firm of five, then again a solo practitioner, sharing office space with yet another attorney for my remaining years in private practice, and from there, finally, into a nonprofit legal services program while I edged toward retirement. Looking back now from the comforts of that retirement, I have no regrets about what may seem to others to have been in retrospect a bumpy path. My reward has been that I have always had the freedom to represent those I wished to represent and have had the flexibility to reject clients or causes that I did not wish to represent. I set my own fee structure and determined the terms of my employment. That sense of freedom meant more to me than anything else and was likely the primary reason I became a lawyer in the first place. I have never had any desire to punch someone else’s time clock.

So I would like to think there is probably still a place in today’s fast-moving legal world for garden-variety lawyers like me, those who serve that world of clients that exists between the well-to-do and well-connected and the world of legal aid. For those younger, newer lawyers looking for excitement, intrigue and an element of risk, this just might be the career choice to make. After all, what better place is there from which to reap the rewards of a professional life well lived than from the verdant richness of a garden?