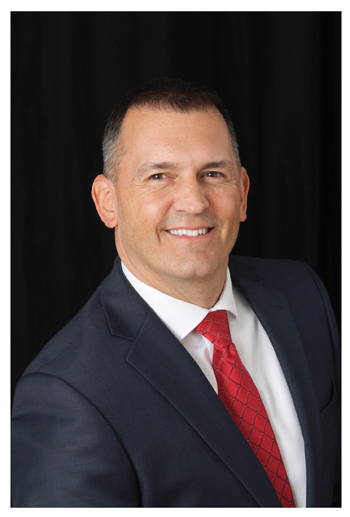 Mark Ronning volunteered to help establish the Oregon State Bar’s Military Assistance Panel because he knew just how much legal help veterans and their families need — and just how little support is available to them.

“The bar opened my eyes to the unmet legal needs of Oregon veterans, especially when it comes to the Veterans Administration,” says Ronning, chair of the bar’s Military and Veterans Law Section.

This growing need directed Ronning as he retired after more than a decade as a judge advocate for the Oregon National Guard and pondered what he wanted to do with the next chapter of his professional life. With a lifelong passion for public service, politics and the law, Ronning last year started a Salem-based private practice called Northwest Veterans Law.

Ronning’s model for the practice is that all attorneys of Northwest Veterans Law are themselves military veterans who understand the unique legal needs of service members and their families.

“We have deployed to battle. We have led troops and followed commanders. We have fought with V.A. disability claims. We have wrestled with the Board for Correction of Military Records, argued before courts-martial tribunals, processed military investigations and participated in well over 1,000 administrative hearings,” he states in a written description of his practice.

For Ronning, this practice focus provides the mix of advocacy, public service and sense of community that drove him to become a lawyer in the first place.

Ronning became interested in local and state government during high school and knew he wanted to study political science at the University of Oregon. He had long before learned the importance of community service from his mother, who was a customer service representative for Portland General Electric. He recalls the family volunteering to decorate floats for the Portland Grand Floral Parade and delivering boxes of food to less fortunate families during the holidays.

When she was diagnosed with cancer, Ronning worked as a grocery clerk and took classes at Portland State University so he could help take care of her. She passed away in 1988, when Ronning was just 22 years old.

“She was really the foundation of the family and the glue that held us all together, so I really saw the world through her eyes,” he says.

Ronning enrolled at the U.O. that fall and began earning a bachelor’s degree in political science with a minor in economics, as well as a bachelor’s in sociology with a minor in demographics. After listening to a recruiter talk to one of his friends, he decided to join the Oregon National Guard’s infantry.

“Really it was an opportunity to serve in the military and stay in Oregon,” says Ronning, a fourth-generation Oregonian whose great-grandmother was born on the Oregon Trail. “When I left for basic training at Fort Benning, it was my first time on an airplane and my first experience outside the Northwest. I got off that plane and stepped into the Georgia humidity, which was filled with yelling drill sergeants and confusion.”

Basic training was as big a transition as his mother’s death as Ronning adjusted to the military culture. He also made some new discoveries about himself as he trained to become an infantryman.

“The military is very good at breaking people down, then rebuilding them. The military culture rejects selfishness and instills selflessness,” he notes. “You internalize the Army values and you share those common beliefs with all other service members. Those values bind us together and allow us to overcome adversity.”

Ronning returned to the U.O. that fall and joined the Reserve Officer Training Corps. He graduated in 1991 and was commissioned as a second lieutenant. Also newly married, he enrolled at Willamette University College of Law with the goal of joining the Judge Advocate General’s Corps and working with the legislature.

“Part of the reason I went to law school was to get a better understanding of how the federal government relates to state and local governments,” Ronning says. “I wanted to know how our complex government structure balances the common needs of its citizenry with the individual rights of its citizens.”

During his time at Willamette, Ronning enjoyed the state and local government class he took from retired Supreme Court Chief Justice Edwin Peterson and appreciated the mentorship he received from Bill Cloran, an Air Force JAG. During his second and third years of law school, he interned as a clerk for the Oregon Department of Justice’s Contracts and Environmental Litigation Section. He also continued to serve as a field artillery officer for the Oregon National Guard.

When Ronning graduated with his law degree in 1995, he joined Salem firm Ashcroft Wiles, formerly Ashcroft Rinehart, as a senior associate defending insurance companies involved in litigation, including tort litigation, business and real estate law, construction defect litigation and contract dispute litigation. In 1997, he was accepted into the Judge Advocate General’s Corps.

Ronning, who by then had three children, began training as a military attorney while serving one weekend a month with the National Guard. On Sept. 11, 2001, his career path took a markedly different course and his goal to stay in Oregon was set aside. Within a month, Oregon National Guard troops were notified of their deployment to the Middle East, and Ronning volunteered to serve as their judge advocate.

“My wife very much understands that sacrifice is required from both the military service member and the family who is left behind,” he says, adding his fourth child was born during his deployment.

While he learned much during the experience, one of the more disheartening lessons was that most people get their understanding of a judge advocate’s role from movies like “A Few Good Men” and television programs like “JAG.”

“Our battalion had three attorneys in senior leadership, and one of the senior officers told me I was basically a junior partner in their firm. I politely reminded him that although we had all graduated from law school, I was the only one who had spent the past four years with focused legal training in government and military law,” Ronning says. “The conversation had a deep impact. It wasn’t only civilians who didn’t understand the role and responsibility of JAG officers, but even some military officers didn’t always recognize the breadth of training that is required.”

Over the next decade, Ronning practiced in administrative law, contract and fiscal law, privacy and public records law, military justice, international law and employment law, to name a few areas. While deployed to Iraq he was awarded a combat action badge when his vehicle took a direct hit from an IED. In Baghdad nearby explosions would rattle the classroom while training for prosecution of cases involving sexual offenders. On the other end of the spectrum, his work in the U.S. also involved negotiating a 50-year lease with the Port of Portland that ensures that the Air National Guard will remain at PDX for decades to come.

With his unique understanding of and expertise in military law — and a growing slew of negative headlines about the V.A.’s handling of veterans’ claims — Ronning knew the best way he could continue his public service for Oregon was to spend the next phase of his career helping military families.

He acknowledges that some gains have been made over the last decade in terms of the legal issues veterans face. For example, the Servicemembers Civil Relief Act was relatively unknown to corporations and employers in 2003, when the act was passed. However, most companies now have standard operating procedures for dealing with employees who are reservists and are called to active military duty.

“I think the need for consumer protection for deployed service members has decreased. It hasn’t been eliminated by a long shot, but the issues are more subtle now than they were 10 years ago,” Ronning says. “There is always an unmet need for help with family law matters, however.”

At the same time, public awareness of the needs of military families appears to be diminishing. A decade ago, people were more cognizant that Oregonians were being deployed, compared to today when most people believe the wars are ending and service members are returning home.

“Nearly 2,000 Oregon reservists will deploy in 2014. What many people don’t recognize is how many spouses, children and other family members remain behind. It has a dramatic impact on a family when one parent is suddenly gone. There are changes in income, child care and routines while the children fear for their parent’s safety in war,” Ronning says.

And, he adds, while he supports the concept of veterans’ courts, the legal system and its members are slow to provide the support and expertise necessary to help veterans and their families. He remembers meeting a young service member in 2005, and the soldier was charged with misconduct for a relatively minor transgression upon returning home from exemplary service in Iraq.

“He did everything he was supposed to do in Iraq, and when he came back he had challenges reintegrating. He had trouble processing his fear and dealing with what he had experienced,” Ronning says. “There are supposed to be protections within the court system, but judicial discretion is restricted in both the military and civilian courts, which I find troubling.

“A justice system must consider the individual who stands at its mercy. Predetermined consequences imposed by a distant command or legislature are incapable of ensuring a just outcome. This young man was punished when he needed support to rebuild. Society would have been better served by helping the man who had sacrificed for it,” he says.

After handling a multitude of pro bono cases involving V.A. claims, Ronning decided that specialty would be a pillar of his new practice. And, with nearly 330,000 veterans living in Oregon, he quickly began taking on more cases.

Salem attorney Jess Barton has worked with Ronning for many years on the bar’s Military Assistance Panel and calls him a “great asset” to the panel and to veterans and their families.

“He agreed to accept the tough act of following Chris Kent as chair of the bar’s Military and Veterans Law Section, which means that Mark’s ready, willing and able to help out with these cases,” Barton says. “I expect that we’ll be referring lots of service members to him.”

The Military and Veterans Law Section, formed in 2013, develops and delivers resources and training to support Oregon attorneys who represent military members. The section also evaluates and takes positions on relevant legislation, works with the judiciary to ensure equitable treatment and collaborates with other organizations to meet the needs of Oregon’s military and veteran population.

Ronning also serves on the board of directors for the Tsuga Community Commission, a nonprofit founded in 2008 to provide social activities and environmental education programming for youth through Operation Purple Camp and Neighborhood Place, an urban summer camp program. Operation Purple Camp provides free and reduced-cost summer camps for Oregon’s military children of deployed service members.

As the father of four children, Ronning especially appreciates the chance to spend time with his family when he’s not working.

“My kids sacrificed many years, weekends and evenings without their dad. I am so grateful to have this time with them before they graduate and build their own lives,” he says.