Changes of Note:
Recent Amendments to the Rules of Professional Conduct
By Helen Hierschbiel 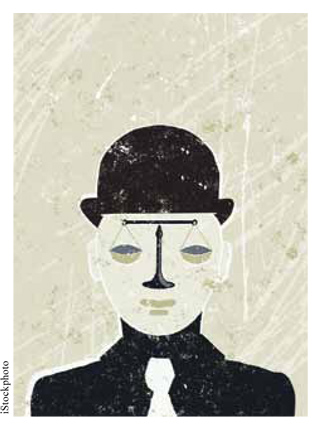 The year 2013 was a busy one for the Oregon State Bar Legal Ethics Committee. The committee is responsible not only for drafting formal ethics opinions, but for formulating rules of professional conduct and making recommendations to the Board of Governors for amendments to those rules. When the board approves ethics committee recommendations for changes to the RPCs, the proposed changes are then submitted to the House of Delegates for approval before final adoption by the Oregon Supreme Court. In 2013, the Oregon Supreme Court adopted a whole host of proposed amendments to the Oregon Rules of Professional Conduct, which became effective on Jan. 1, 2014. A complete version of the new rules can be found on the OSB website at: www.osbar.org/_docs/rulesregs/orpc.pdf.

You may already have read about the proposed amendments to the advertising rules in the July 2013 OSB Bulletin, where comments were requested,www.osbar.org/publications/bulletin/13jul/barcounsel.html. Those amendments were approved unanimously by the House of Delegates and adopted by the Oregon Supreme Court at its meeting in December 2013. The most significant change to the advertising rules is the downsizing of RPC 7.1. The former rule generally prohibited false or misleading communications and specifically prohibited a list of nine different types of statements as misleading per se. The new rule adopts the ABA Model Rule language that simply prohibits false or misleading communications and defines false or misleading to include a misrepresentation of fact or law, or the omission of facts necessary to make a statement not materially misleading. This does not mean that the prior specifically prohibited statements are now fair game. Most, if not all, will still be considered misleading. In fact, the legal ethics committee plans to draft at least one ethics opinion that would offer interpretive guidance to the new RPC 7.1.

In addition to the advertising rule amendments, the court adopted several changes that were based on recommendations from the ABA Commission on Ethics 20/20. The commission was created in August 2009 to study how technology is transforming the practice of law and to assess how the rules of professional conduct should be updated in light of changes in technology and in the practice of law. The changes are intended primarily to clarify existing obligations in light of modern and more diverse communication methods, increasing mobility of lawyers and the outsourcing of more legal work.

Of particular note are the changes to RPC 1.6, which sets forth lawyers’ duty of confidentiality. The new language in paragraph (b)(6) expands on the disclosures currently permitted in connection with the sale of a law practice, allowing lawyers to reveal limited client information in order to detect and resolve conflicts when moving firms, but only if disclosure will not compromise privilege or prejudice the client. Consistent with ABA Formal Opinion 09-455, this amendment endeavors to give the increasing cadre of lawyers moving between firms some limited ability to share information in order to avoid conflicts before they occur.

New paragraph (c) brings back the concept codified in former DR 4-101(D) and recognized in several formal ethics opinions, that is, that lawyers must act competently to safeguard client information and make reasonable efforts to prevent inadvertent disclosure of or unauthorized access to confidential information. See OSB Formal Ethics Op Nos. 2005-141, 2011-187 and 2011-188. As noted by the commission, the addition of this language to the rule is not intended to impose “a duty to achieve the unattainable” by requiring that lawyers guarantee the physical security of documents. Instead, it is meant to highlight the importance of exercising reasonable care in handling sensitive client information in light of rapid changes in complex technologies.

RPC 1.10(c) Imputation of Conflicts/Screening. Rule 1.10 provides that while lawyers are associated in a firm, the conflict of one lawyer is imputed to the other lawyers in the firm. Some conflicts, however, can be avoided by screening. The screening process was set forth in detail in paragraph (c), which had remained unchanged since it was first adopted in Oregon in 1983. The amendments are intended to bring clarity and simplicity to paragraph (c) and align the screening procedure with that required by RPC 1.18.

The second key element to screening is the screening procedure itself. The amendment eliminates the screening details of the former rule, leaving RPC 1.0(n) to broadly define the requirements for an adequate screen. RPC 1.0(n) defines screened to mean “the isolation of a lawyer from any participation in a matter through the timely imposition of procedures within a firm that are reasonably adequate under the circumstances to protect information that the isolated lawyer is obligated to protect….”

Most client funds cannot earn any net interest because the funds are either small or held for a short period of time. These funds are held in IOLTA accounts and the interest on these pooled accounts is paid to the Oregon Law Foundation. The OLF is a charitable, tax-exempt organization that uses the monies for grants to legal services programs for low income individuals and other law-related programs. Client funds that can earn net interest, on the other hand, must be deposited in a separate interest-bearing account, with the interest paid to the client.

Sometimes — albeit rarely — lawyers make mistakes. They deposit client funds into an IOLTA account when the funds should have been deposited into a separate interest-bearing account for the benefit of the client. When this happens, RPC 1.15-2 requires the lawyer to ask the Oregon Law Foundation for a refund of interest on the client’s money. Unfortunately, the former rule was not clear about the amount of money that the OLF should return to the client.

The proposed amendment clarifies this issue, providing that the refund should be the lesser of either the amount actually earned while in the IOLTA account or the amount the money would have earned had it been properly placed in a separate interest-bearing account for the benefit of the client.

In order to resolve this inconsistency, the proposed amendment eliminates the informed consent requirement from Rule 2.4(c), and leaves the screening requirement in Rule 1.12.

The most controversial of the proposed amendments approved by the House of Delegates on Nov. 1, 2013, concerned RPC 8.4. Proposed RPC 8.4(a)(7) would have made it professional misconduct for a lawyer to, “in the course of representing a client, engage in conduct that knowingly manifests bias or prejudice based upon race, color, national origin, religion, age, sex, gender identity, gender expression, sexual orientation, marital status, disability or socioeconomic status.” Proposed RPC 8.4(c) would have provided a safe harbor for “legitimate advocacy.”

The Oregon Supreme Court has deferred its consideration of the proposed rule because of concerns about constitutional infirmities and imprecise language, but invited the bar to submit a revised proposal. Stay tuned for further developments on this proposed amendment.