These Things Happen
By Brooks Cooper 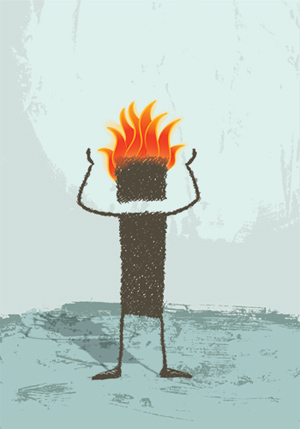 When our system is perceived as biased, uncaring or uninterested, it chips away at our ability to help resolve disputes. We have chosen a system of laws — not tribal councils, not clerical fiat, not dueling and not other, less desirable methods used throughout history.

Let me relate the experience that leads me to write this letter today, rather than try the case I prepared.

I was retained to represent defendant in a civil matter after defendant and her first lawyer had an amicable parting of ways. She is being sued by her siblings, who allege that she intentionally interfered with their prospective inheritance from the parties’ father.

There is money involved, of course, and a raft of strongly felt emotion on both sides of this difficult contest.

I was retained when the case was 10 and one-half months old. It was just over eight weeks prior to the trial date, Sept. 24, 2013. I received prior counsel’s file without any undue delay.

Trying cases is as much an art as it is a science. Prior counsel had not engaged in some discovery that, to my eye, was necessary, or even critical for proper defense of this client’s interests.

As soon as I came to that conclusion, I contacted plaintiffs’ counsel to indicate I wanted a one-month set over to the end of October, which would make the case just short of 12 months old and would give me the time I needed to interview witnesses (located throughout the state) and conduct some depositions that had not yet occurred.

My opponent, who is a gentleman and professional, said that he had consulted with his clients. Because he and prior counsel had requested, in a pleading, that the September trial date be a date certain his clients required him to object.

The reason that the parties had asked for a firm trial date is important to this letter. One of the two plaintiffs resides in an East Coast state. In addition to the travel cost, this plaintiff has a job that makes time off very difficult to schedule. He had made arrangements months ago and was uncertain he could rearrange his work life to accommodate my request for trial at the end of October.

Further, my client resides in a state in the deep South and faces similar travel expense and difficulty.

Still, on balance, my client favored full preparation over the logistical inconvenience. I filed the motion. I indicated that plaintiffs objected. I swore in my declaration that I did not believe I could be ready to adequately represent defendant without the extra 30 days to prepare.

The court held the motion for two weeks. In that time I did as much as I could to prepare, while believing the set over was likely to be granted. The court then denied the motion and left the September trial date in place.

These things happen. Having taken responsibility to represent this client, I had to do all I could to prepare. I arranged my docket. I explained to other clients why I was delaying work on some of their matters. I got ready.

The out-of-state litigants flew across the country, rented cars, paid for lodging. Collectively, they spent over $5,000 on travel costs alone.

The county in which the case is venued has multiple judges. The case had been assigned to one of them when it was filed.

On Monday the 23rd, I lodged my trial memo with that judge’s chambers before the deadline set by the local rules. Later that morning we were told our matter was being shifted to a different judge of the county and that our trial materials had been delivered to that judge’s chambers. This was fine.

Then, just before noon, the newly assigned judge’s staff called and informed us that a trial now underway in that judge’s court was running long and so our case was being reset to late in October.

I recognize how hard it is to control a docket. But, friends, colleagues, advocates, we must be able to do better. Regardless of the outcome of this case, we have a family who will forever view our system as unfair, uncaring about the litigants before it and utterly capricious in its actions.

I offer no grand solution. I am frankly too angry. But surely we must be able to do better.

ABOUT THE AUTHOR
Brooks Cooper is a trial lawyer in sole practice in Portland, whose practice focuses on probate, trust and fiduciary duty litigation.