Where Democracy Lives
By the Hon. Jerome LaBarre 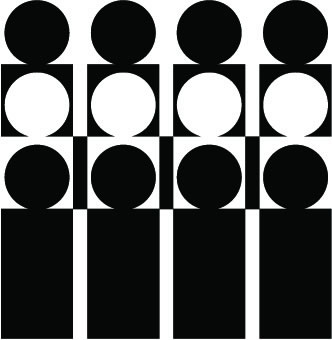 Congressional Gridlock.” “Campaign Finance Law Struck Down.” “Americans Down On Government.” These are frequent headlines in the news. Recent polling data show that 95 percent of U.S. citizens simply do not believe that our democracy is working. But in bemoaning the setbacks to our democracy most people overlook one part — juries — which continue to work amazingly well. Many forget that the jury system is still a healthy part of our democracy.

Having served 15 years as a circuit court judge, I believe that democracy thrives when we conduct jury trials. This is my experience and that of most of my colleagues. Jurors love it. Judges love it. And most litigants and lawyers recognize the value.

And this is what the Founders intended. The importance of the right to trial by jury is recognized not only in our federal and state constitutions but in the Declaration of Independence. Thomas Jefferson noted that the right to a jury trial was one of the two most important rights guaranteed to Americans. He called juries an “anchor of our democracy.” In 1789 ,James Madison, then a 38-year-old Congressman, led the effort to add the Bill of Rights to the Constitution. Essential was the right to jury trials in all cases. In state criminal cases, we still have many jury trials. Today, most civil cases settle or end up in alternative dispute resolution. Yet the jury system is a real life way that ordinary people make powerful decisions in our government, day in and day out.

Why is it that jurors seem almost unanimous in their praise for the jury system? It’s all about community, decisions and democracy.

Community. Jurors are randomly drawn from public lists of citizens in our communities. They are a reflection of the community and become “the conscience of the community.” When they come through the courthouse doors they cease being anonymous citizens and they become an official part of our justice system. Once sworn to serve on a 12- or six-person jury they become officers of the court until they have reached a verdict or have been discharged. All of the juries I have seen have taken their work seriously. When I debrief them at the end of the trial they almost always tell me that it was a great experience. It is actually unlike any other human endeavor. Alexis de Tocqueville observed that juryservice“…rubs off that private selfishness which is the rust of society.”

Decisions. Jurors make important decisions. Their decisions about the facts of the case are final. No court, not even the Supreme Court of the United States, can alter their factual decisions. When I tell that to jurors, I still get chills up my spine. Based upon what jurors decide it is determined who goes to jail and who goes free in a criminal case. Based upon what jurors decide in a civil case, it’s determined who gets paid for their losses. Jurors are authorized to hold our richest and most powerful corporations and individuals accountable. Very simply juries matter.

Democracy. The United States is almost alone in utilizing the jury trial to resolve disputes. While it came to us from England, today jury trials are no longer allowed there in civil cases. There are historical antecedents for our use of juries found in ancient Greece and in Viking villages. Our founders recognized that if they were to break the rule of inherited royalty and impose the rule of law in a democracy that the only way to do this was to involve the people of the community. Today the number of jury trials in civil cases has dramatically declined. The catchphrase “vanishing jury trial” says it all. Some may applaud this, but I do not.

Earlier this year I presided over a long complex civil case. Towards the end of the first stage of jury orientation and selection, my staff handed out an eight-page questionnaire to the 200 prospective jurors as I was speaking to the panel. I cringed. I was afraid that loud moans or worse would arise from the gathered multitude. But no. Instead all we got were smiles and cooperation. And it stayed that way during the whole jury trial.

Congress may have gridlock. But democracy lives in the courthouse!

ABOUT THE AUTHOR
Jerome E. LaBarre is a Multnomah County Circuit Court judge. He can be reached at jerome.labarre@ojd.state.or.us.