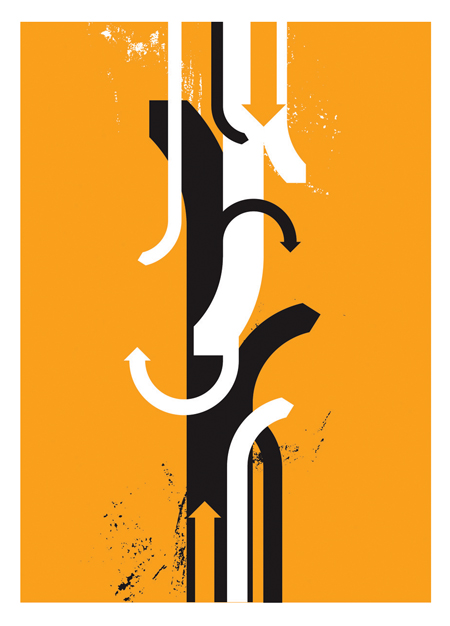 Courts have long recognized that law firms can hold their own internal attorney-client privilege provided the standard requisites for privilege are met.1 At large firms, internal privilege has most often been recognized when a firm lawyer seeking legal advice on behalf of the firm consults confidentially with another firm lawyer who has been specifically designated by the firm to handle such issues — a firm general counsel, an ethics partner or a member of a risk management committee. At smaller firms, the person consulted is more often the managing partner or another lawyer specially tasked by the firm with providing comparable advice to firm members.

Courts have also long recognized that material errors in handling a case can trigger a conflict between a law firm and the client involved.2 The conflict has both regulatory and fiduciary consequences, and, under RPC 1.7(a)(2), the law firm will need a waiver based on a client’s “informed consent” to continue in the matter concerned.3 Even in those instances where a “bad thing” may not rise to the level of a conflict, lawyers still have both regulatory and fiduciary duties to communicate material events affecting a representation to the client concerned.4

These twin principles can run headlong into each other when a law firm lawyer consults internal counsel about a possible material error in handling a client’s case. In that setting, internal counsel (who, under the “firm unit rule” — RPC 1.10(a) — shares in the firm’s ethical duties to the firm’s clients) may be put in a position of giving advice on behalf of the firm that is adverse to the interest of the client. In practice, the question usually plays out later in malpractice litigation: does the firm’s fiduciary duty to the client “trump” its internal attorney-client privilege resulting in disclosure of the conversation between the firm lawyer and its internal counsel that took place while the firm was still representing the client? The number of courts around the country that have addressed this issue remains comparatively small and the results vary.

Earlier this year, the Oregon Supreme Court joined the national mix with its decision in Crimson Trace Corp. v. Davis Wright Tremaine LLP, 355 Or 476 (2014). The Oregon decision was painted against a backdrop common to many of the cases in this area. While representing Crimson Trace, the lawyers handling the matter consulted on several occasions with other lawyers within the firm who were specially designated to handle ethics and related risk management issues on behalf of the firm. The internal consultations concerned both potential conflict and liability issues during the time Crimson Trace remained a firm client. In later malpractice litigation between Crimson Trace and the firm, Crimson Trace sought discovery of the firm’s internal consultations during the period Crimson Trace was a firm client. The trial court, after conducting an in camera review of the documents involved, directed production. The law firm requested interlocutory review through a mandamus petition. The Oregon Supreme Court accepted review and vacated the trial court’s order. The supreme court recognized internal law firm privilege but declined to recognize an exception in this context.

In this column, we’ll look first at how courts and ethics authorities around the country have attempted to reconcile these dueling principles. We’ll then examine how our supreme court balanced them in Crimson Trace.

Reflecting this uncomfortable intersection, the authorities in this area fall into three broad categories.

We do not purport here to render any opinion regarding a law firm’s compliance or non-compliance with the Rules of Professional Conduct in undertaking defensive action against a current client. We granted certiorari in this case exclusively to address the rules governing the attorney-client privilege and attorney work product doctrine in the law firm in-house context, and this opinion is intended to do that and no more.

From that perspective, the court found that Georgia evidence law did not include an exception to the attorney-client privilege when the advice rendered by law firm internal counsel was adverse to a current client.5 Courts in Massachusetts, Illinois and Ohio have taken a similar approach and reached similar conclusions.6

Second, some focus primarily on ethical duties. The ABA in Formal Opinion 08-453 (2008), for example, addressed the ethical issues arising from consultation with law firm internal counsel but expressly excluded privilege. New York did the same in Opinion 789 (2005). As the New York State Bar put it: “The question of the applicability of the privilege is an evidentiary issue for the courts.”7 These opinions conclude that not every consultation with law firm internal counsel necessarily implies a conflict — and, in most instances, the advice sought is simply to assist firm members in handling a client’s case consistent with the professional rules. By contrast, if the advice is to protect the interests of the firm over a potential material error, then the ABA concluded that the firm has a duty to disclose the conflict to the client:

Third, some address both. These courts have typically recognized a policy-based exception to the law firm’s internal privilege when the advice given by firm internal counsel is adverse to a current client — in short, finding that the firm’s regulatory and fiduciary duties to a current client “trump” internal privilege.9 VersusLaw, Inc. v. Stoel Rives LLP, 111 P3d 866 (Wash App 2005), is a prominent regional example of this line.

The Oregon Supreme Court’s Crimson Trace decision falls squarely within the “privilege focused” camp. Our court noted that the attorney-client privilege in Oregon is statutory and, as a result, construed OEC 503 using its traditional template for statutory construction. The court found that that privilege applied because the law firm lawyers were consulting confidentially with designated internal counsel and, therefore, the standard requisites for privilege were met. The court then concluded OEC 503 does not include a “fiduciary” exception on its face and refused to recognize a policy-based exception by judicial interpretation:

[B]y taking the trouble to enumerate five different circumstances in which there is no privilege (i.e., exceptions), the legislature fairly may be understood to have intended to imply that no others are to be recognized. That much follows from the application of the familiar interpretive principle of expressio unius est exclusio alterius[.]355 Or at 497.

In reaching its decision, the Oregon Supreme Court specifically declined to address any associated conflict issues: “​[R]ules of professional conduct may require or prohibit certain conduct, and the breach of those rules may lead to disciplinary proceedings. But that has no bearing on the interpretation or application of a rule of evidence that clearly applies.” Id. at 501.

For Oregon lawyers, there are two major risk management lessons from Crimson Trace.

First, Crimson Trace reinforces the importance of being able to establish the requisites of privilege under OEC 503. In other words, to take advantage of the privilege recognized by Crimson Trace, a firm will need to show that the lawyer involved was seeking legal advice on behalf of the firm in a confidential setting from an internal lawyer specifically designated by the firm to handle that function. A private meeting with a firm general counsel likely meets that test. A panicked email string between firm lawyers who have just discovered they missed the statute of limitations likely does not.

Second, precisely because it was limited to privilege, Crimson Trace does not abrogate a firm’s duty to disclose conflicts and to obtain a client’s informed consent before proceeding. In short, Crimson Trace does not permit a firm to hide “bad news” from a client. Moreover, the fact of consultation with an attorney is generally not considered privileged.10 In subsequent litigation, therefore, it is likely that a (by then) former client will be able to discover the fact of consultation. If the firm did not promptly inform the client, that will at minimum create a “bad fact” for the firm in later litigation. In VersusLaw, for example, the client asserted that it had not been told of the conflict for several months after firm lawyer involved had initially consulted with internal counsel.

Crimson Trace is an important recognition of internal law firm privilege. At the same time, because the Oregon Supreme Court expressly limited its analysis to privilege, Crimson Trace does not offer lawyers a “free pass” from the need to obtain conflict waivers when circumstances warrant.

5. The Georgia Supreme Court in St. Simons took this same approach with the work product rule.

7. At 2. The ABA and NYSBA opinions are available on their respective websites.

ABOUT THE AUTHOR
Mark J. Fucile of Fucile & Reising handles professional responsibility, regulatory and attorney-client privilege matters and law firm related litigation for lawyers, law firms and legal departments throughout the Northwest. He is a past member of the OSB Legal Ethics Committee and is the current chair of the Washington State Bar Association Committee on Professional Ethics. He is a co-editor of the OSB Ethical Oregon Lawyer, the WSBA Law of Lawyering in Washingtonand the WSBA Legal Ethics Deskbook. He also teaches legal ethics as an adjunct for the University of Oregon School of Law at its Portland campus. He can be reached at (503) 224-4895 and Mark@frllp.com.