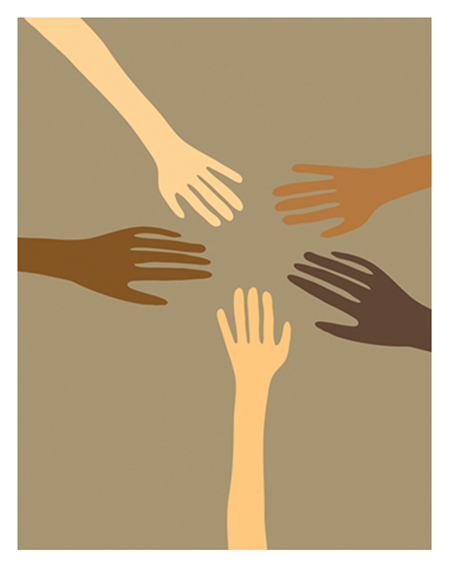 As the out-of-state lawyer found in the Tahvili case, that privilege can be summarily revoked by the court. During the course of a trial, the pro hac vice lawyer in Tahvili repeatedly ignored a judge’s orders and directions regarding evidentiary rulings. The judge informed the lawyer that if his instructions were not followed moving forward, he would revoke the lawyer’s pro hac vice status. When the behavior continued, the judge did revoke the admission. The Court of Appeals upheld the trial court’s decision citing that the continued appearance of the pro hac vice lawyer was not in the “best interest of the court…or the parties.” Tahvili at 119.

Lawyers who are not admitted in Oregon, but are admitted in other U.S. jurisdictions, may provide legal services on a temporary basis in Oregon under certain limited circumstances.

In addition to paying an administrative fee, pro hac vice admission requires the out-of-state lawyer to certify that he or she: is in good standing in another state; has no pending disciplinary proceedings against him or her; has associated with an active member in good standing of the Oregon State Bar who must participate meaningfully in the matter; will be familiar with and comply with all applicable Oregon laws and rules; has professional liability insurance substantially equivalent to the OSB PLF plan; and will notify the tribunal of any changes in status or insurance. See UTCR 3.170.

Similarly, an out-of-state lawyer who participates in private arbitrations in Oregon must pay an administrative fee and certify to the Oregon State Bar that the lawyer is in good standing in every jurisdiction in which the lawyer is admitted to practice law. In addition, if the lawyer is not in-house counsel or an employee of a government client, the lawyer must certify that he or she either carries professional liability insurance substantially equivalent to that required of Oregon lawyers or, if not, has notified the lawyer’s client in writing that he or she does not have such insurance. See RPC 5.5(e).

A significant restriction that applies to each of the above cases is that the legal services may be provided only on a temporary basis. RPC 5.5(c). That is, out-of-state lawyers may not establish an office or other “systematic and continuous presence” in Oregon for the practice of law. RPC 5.5(b)(1).

The first question that many out-of-state lawyers ask is what level of professional liability insurance is considered “substantially equivalent” to that required of Oregon lawyers.

The Professional Liability Fund was established in 1977 to serve as the mandatory provider of primary malpractice coverage for lawyers in Oregon. Since its creation, the PLF remains the only mandatory legal malpractice fund of its kind in the United States. The PLF’s mission statement makes clear that the first duty of the PLF is “...to provide primary professional liability coverage to Oregon lawyers in the private practice of law.” It also recognizes, however, that by providing coverage to lawyers “the public is served” because lawyers who have professional liability coverage have a fund from which clients’ damages can be paid. Ultimately, the purpose of PLF coverage is to ensure that both Oregon lawyers and their clients have some protection in the event of a legal malpractice claim.

Although not exhaustive, the following list details some features of PLF coverage:

So, should a pro hac vice applicant’s coverage look identical to PLF coverage? Not necessarily. Assuming that the “substantially equivalent” coverage requirement for out-of-state lawyers is intended to serve the same purpose as PLF coverage, then an out-of-state lawyer should demonstrate an adequate combination of insurance and financial reserves to cover a claim for malpractice. Because insurance that is identical to PLF coverage is almost impossible to find in the commercial market (specifically the absence of a deductible), the malpractice insurance of each out-of-state lawyer’s pro hac vice application or private arbitration certificate must be evaluated on a case-by-case basis to determine whether it provides adequate financial coverage in the event of a claim for legal malpractice.

The challenge for those evaluating the applications is that “substantially equivalent” coverage may look different from one application to another. For example, a lawyer at a large firm in California with a $50 million malpractice policy and a $1 million deductible may have “substantially equivalent” coverage. Although the deductible is very high, the limits are also much greater than the basic PLF plan, and a large law firm may be able to show the financial ability to cover the deductible in the event of a claim for legal malpractice. Alternatively, a solo practitioner from California with a $300,000 malpractice policy and a $100,000 deductible might not be considered to have “substantially equivalent” coverage. Although the limits are identical to the PLF plan, the deductible is significantly higher, and could be very difficult for the solo practitioner to pay in the event of a claim. In that instance, it may be likely that the lawyer could demonstrate an adequate combination of insurance and financial reserves to cover a claim for legal malpractice.

As should be clear, it is difficult to make a one-to-one comparison of commercial malpractice insurance policies to PLF coverage. Evaluations must be made on a case by case basis with the idea of financial responsibility in mind. That said, aside from the absence of a deductible, coverage with similar limits and features should be available from the commercial insurance market in most states (though larger firms will often carry much higher limits). Ultimately, for those out-of-state lawyers who seek admission pro hac vice, it will be up to the court to decide whether they meet the “substantially equivalent” coverage requirement.

From an ethics perspective, when an Oregon lawyer agrees to act as local counsel, he or she undertakes to provide representation to the underlying client, not to the out-of-state lawyer. As a result, the Oregon lawyer owes duties to the client, just as the out-of-state lawyer does. Among other things, both lawyers must provide competent and diligent representation and adequately communicate with the client. See RPC 1.1, 1.3 and 1.4. While these requirements do not mean that each lawyer must duplicate the other’s efforts, they do mean that neither lawyer should assume that the other will take responsibility for carrying out these duties. Instead, they should come to a clear agreement up front about how to allocate tasks and responsibilities. In addition, they should monitor each other’s progress on their respective duties throughout the representation.

Finally, a lawyer not admitted to practice in Oregon is subject to discipline in Oregon if the lawyer provides or offers to provide any legal services in Oregon. RPC 8.5(a). The Oregon Rules of Professional Conduct will apply to an out of state lawyer’s conduct in connection with a matter pending before a tribunal that is located in Oregon. See RPC 8.5(b)(1). Oregon lawyers should be aware of these rules because they may have a duty to report the out-of-state lawyer’s professional misconduct to the Oregon State Bar. See RPC 8.3.

There are many reasons Oregon lawyers may decide to associate with out-of-state counsel on a matter. In doing so, Oregon lawyers should be mindful of the responsibilities and concerns such an association can create. As the court stated in the Tahvili case, “appearance in Oregon courts as pro hac vice counsel is a privilege, not a right.”

1. Out-of-state lawyers who provide transactional legal services in Oregon are outside the scope of this article, but also governed by RPC 5.5(c). The major difference is that such lawyers need not obtain permission of a court or register with the bar.