The Roll-Out Continues:
Multnomah County On Track for May Launch of Oregon eCourt
By Jeffrey M. Skrysak 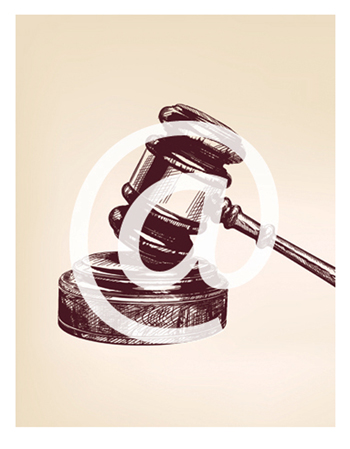 On May 12, Oregon eCourt will roll out in Multnomah County. It is the replacement for the Oregon Judicial Information Network (OJIN), a system based on technology from the 1980s, and paper-based filing of court documents. For those who are new to the Oregon eCourt system, online training and user guides are available. For those with additional questions, help will be available via telephone, email and the Internet. With 10 counties already using the electronic system, Multnomah County’s launch is on track to be another success for the multi-year project. However, some apprehension exists, and attorneys may need to implement new technologies in order to take advantage of one of the components of Oregon eCourt, eFiling.

The eCourt expression is shorthand for “electronic court.” It is a moniker used to describe a suite of technologies that will transform traditional paper-based court records to electronic court records throughout the state of Oregon. The technology will allow access to, or filing of, court records by using the Internet and a web browser. The electronic services of Oregon eCourt will be available every day, 24 hours a day. Access to documents, court information and payment services will be available as well. One of the main external components of the system is eFiling, which allows documents to be filed with the court electronically.

The electronic court technology and eFiling concepts are not new. They have been in existence for 20 years with implementations in a few states since the mid 1990s. Additionally, the Oregon Court of Appeals and the Supreme Court implemented eFiling in 2009. The company implementing the Oregon eCourt system has a 100 percent success rate for more than 350 implementations of the system, including six statewide implementations. Yet in spite of its maturity, the electronic system is new to many and is going to change the way most people interact with the courts.

The eCourt system being implemented in Oregon is not a full replacement for in-person services at courthouses. Traditional services will still be available. Hearings and trials will continue to convene at courthouses, which will always remain open to the public. There are numerous benefits to using eFiling instead of physical or in-person services, though. Transaction and service fees have been eliminated, although statutory filing fees still apply. Judges, litigants, attorneys and other users of the system will have immediate access to court documents 24 hours a day, seven days a week.

Helen Tompkins, an appellate attorney based out of Lake Oswego who has been practicing for 26 years, is a strong advocate of the appellate eFile system, which is similar to Odyssey. When asked about the advantages she points out that her filing costs have gone down, noting, “It was fairly costly for the clients — running about $200 to $275 for a brief compared to about $20 now.” She adds, “The staff at eFiling is so helpful. I never hesitate to call and ask a question and they always help out.”

Tyler Technologies, the company behind Odyssey, is just as available to those who need help with eFiling. Their technical support team can be reached by telephone at (800) 297-5377, Monday through Friday between 7 a.m. and 7 p.m., Central Time, or 5 a.m. to 5 p.m., Pacific. Questions can also be emailed to efiling.support@tylertech.com or submitted online.

A Catalyst for Change

It has been a long road to get to this point in the implementation of Oregon eCourt in the circuit courts of Oregon. In 2004, a concerted effort began to re-engineer the Oregon Judicial Department, and in 2006, new Chief Justice Paul De Muniz accelerated the plan. When the Bulletin asked him about the project he said:

…eCourt was intended as a business transformation project that would greatly increase the public’s access to courts and support greater centralization of judicial operations necessary to meet the needs and expectations of those served by the judicial branch. eCourt was also intended to serve as a catalyst for change, requiring the branch to confront traditions and culture that had been unquestionably accepted for over 100 years and were impediments to changes that would permit the branch to operate more efficiently on less revenue.

The vision for the Oregon eCourt system is to ensure access to court services for all, improve court efficiency and ensure that judges have the most complete information possible in order to make decisions in a timely manner. To date, 10 Oregon counties have completed their eCourt implementations. Chief Justice Thomas A. Balmer is now overseeing the project. About the current state of the project, Balmer says, “We’re delighted that our eCourt roll-out is on time and on budget. Like most large IT projects, eCourt has had its challenges, but the

Odyssey case management system is now operating in 10 different circuit courts, and we’re working to make sure the transition to eCourt in Multnomah County — our largest trial court — is as seamless as possible.”

How is This Going to Work?

Electronic filing with the Oregon eCourt system is relatively straightforward. A single website, https://oregon. tylerhost.net, provides access to any circuit court 45 business days after it has that has implemented the Oregon eCourt Case Information (OECI) system. There is no cost to sign up, and as of Oct. 1, 2013, all documents filed electronically will not be charged a transaction fee, though statutory filing fees still apply. Electronic access to view court calendars, case records, documents and more is available through a subscription to the Oregon eCourt Case Information system. Users’ computer system requirements are minimal. Any modern computer capable of connecting to the Internet and running Internet Explorer 7 or higher, or the Mozilla Firefox browser, will be compatible with the system. However, the file-type requirement may be new to most people because documents submitted to the Oregon eCourt system must be in PDF format. PDF, short for portable document format, was developed in the early 1990s to allow document sharing between different computer systems. It is a robust and common file type, but many users will have to learn to save their documents as PDF files. Some documents must be physically scanned in order to convert them to electronic PDF files before submitting them to the court.

The move to Oregon eCourt is a drastic change in the way we interact with the courts, so apprehension is understandable. Implementing new technologies in your law office in order to use the new system is one such cause for concern. For example, PDF documents submitted using the eFiling system must contain searchable text. Because of this requirement, Microsoft Word or Corel WordPerfect documents must be properly converted to PDF so the text is preserved, or, Optical Character Recognition software (OCR) must be used to modify the PDF documents so that they contain searchable text. To accomplish this, attorneys and law firms may have to purchase physical scanners or OCR-capable PDF software such as Adobe Acrobat Professional or Foxit PhantomPDF. The eFiling system also requires the Microsoft Silverlight browser plugin. Silverlight is similar to Adobe Flash but has a larger set of features. It can be downloaded for free at www.microsoft.com/ silverlight.

Patton Echols, a well-established attorney in Gresham, says that his main apprehensions are “whether the system will actually work as advertised — and getting training or a chance to practice/browse around the system without having live cases.” To assist users with this, free training for eFiling is provided online at https://oregon.tylerhost.net, and user guides can be downloaded from that same website in PDF format. Attorneys and their staff should also attend any free seminars that may be provided before the launch.

Bryant Baehr, chief information officer for the Oregon Judicial Department, has been particularly helpful. He was an outstanding resource at a seminar provided for the Polk County Oregon eCourt launch. And, as always, Tyler Technologies is available to help via phone, email or online if you encounter technical problems with the eFiling system.

Some differences in the new system will be minor. For example, attorneys will receive electronic notification of hearings, trials and judgment entries instead of physical notifications. The email address used by the system will be same address kept on file with the Oregon State Bar. Also, the case numbering system in the Oregon eCourt system is statewide so case numbers will be assigned in chronological order throughout the state.

Signing a document is far easier in the new electronic system. You do not need to print out a document, physically sign it, and then scan it in again with your handwritten signature; instead, an electronic signature such as the placement of “s/” next to your typed name is sufficient (UTCR 21.090). None of these changes are a major inconvenience.

However, the Oregon eCourt system is entirely electronic, so those who are not as comfortable with mod ern technology will have a harder time using it at first.

Privacy and maintaining adequate security are another source of concern. For example, the use of Secure Sockets Layer (SSL) is not required. SSL encrypts the data transferred between your computer and the eFiling system, thereby helping to protect your username, password and other submitted information. So, I urge you to bookmark the website as https:// oregon.tylerhost.net, a website address which contains “https” instead of the customary “http” in order to enable SSL. Access to confidential files is also an issue. To deal with this concern the Oregon eCourt system does not automatically give attorneys access to confidential files such as juvenile and mental health records. An attorney of record must call a specific number, (800) 858-9658, to request access. Those who are not the attorney of record will need to describe why they need access and their request be reviewed by the state court administrator.

Balmer is aware of the concerns about the Oregon eCourt system. “[W]e need to comply with confidentiality statutes and be sensitive to privacy concerns, and just as we now have a modest user charge for OJIN (to pay for maintaining that system), we need to implement a reasonable fee schedule for electronically accessing court documents.” But the overall benefits of Oregon eCourt are numerous and they should outweigh the concerns. “Trial courts tell me that having immediate access to electronic court files is one of the best things about eCourt,” Balmer notes.

And the desire for a more efficient court system is certainly a secondary benefit. As Patton Echols sees it, “The hope and promise is that we as lawyers will be more efficient and so will the courts. I hope that the two- to three-month wait for a default judgment to be signed and entered will be a thing of the past.” That may be a sentiment others can share.

Users of Oregon eCourt will be able to file documents with the court at any hour, from any location. Time spent by court staff in filing papers will be reduced. The online payment system makes it easier to pay fines, fees and other costs. Court documents will be preserved electronically to safeguard them from loss or physical destruction. And the overall efficiencies for attorneys, court staff and judges should result in reduced costs for the budget-conscious Oregon Judicial Department.

When Oregon eCourt is launched Multnomah County, many attorneys and their employees will struggle to adjust to the new system. Even now, court staff is working hard to learn the new system. But training and tech support are available and the benefits are worth the effort.

Moving to eCourt throughout Oregon is a strong step forward for increased efficiency and access to the courts. With a launch in its most active county this May, Oregon is well on its way to a successful statewide implementation of an electronic system that will improve access to circuit courts.

ABOUT THE AUTHOR
Jeff Skrysak, a second-year law student at the Willamette University College of Law, moved to Oregon from Illinois to attend law school after a successful career in software engineering.