Lessons to Pass Along:
Complaints to the Client Assistance Office in 2013
By Scott Morrill 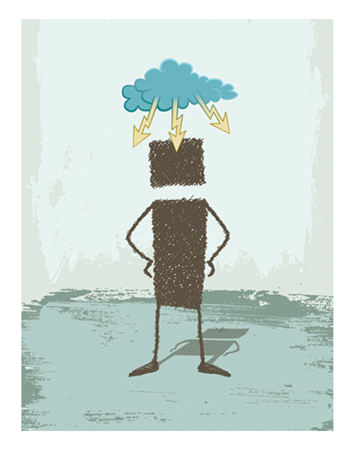 The Client Assistance Office (CAO) continues to receive around 2,000 complaints a year from the public and members of the bar, including judges, expressing concerns and complaints about lawyers and the legal system. Each year the office reviews the statistics it keeps about complaints and tries to pass along some advice for lawyers to consider. Here are some reflections on the complaints reviewed by CAO in 2013.

Every year we summarize who complains, what they complain about and who bears the brunt of the complaints. Generally, the statistics stay the same. Clients are the primary source of complaints (47.84 percent in 2013). Communication and neglect account for the highest percentage of what is complained about (20.33 percent). Criminal defense practitioners get the most complaints (36.22 percent). For more details you may find CAO’s yearly report containing statistics on the bar’s website at: www.osbar.org/surveys_research/snrtoc.html.

Instead of sounding like a feedback loop and hammering away by pleading with our members to keep good lines of communication open with clients, I am going to try to discuss some more esoteric concerns.

There are a few categories that stay the same at the top and bottom of the list each year. As noted, criminal law issues generate the most complaints followed by domestic relations (14.90 percent), general civil disputes (14.64 percent) and the unexplainable unknown category (5.39 percent). Barely worth noting are the complaints involving paternity disputes (0.06 percent), trust account (0.13 percent) and arbitrations (0.19 percent).

It is the middle area that may be interesting. In 2013 probate accounted for just over 3 percent of the complaints (49 total). These complaints invariably revolve around family members who are convinced that the lawyer for some other family member has improperly changed an estate plan, taken them out of the will or fouled up who has the authority to handle the estate. Many complainants are also frustrated that the lawyer will not communicate with them about the estate. The lesson here is to make sure everyone knows whom the lawyer represents and will be responsible to and to make absolutely sure that you document your advice to your client so others with a financial or other interest cannot question your ethics. Also, review Oregon RPC 1.14 for guidance about how to work with a client you think may be impaired. Many of the complaints we review allege that the lawyer knew or should have known that their client was not competent to change the estate plan, add or remove a fiduciary or make other important decisions. While this is generally an issue for the court, it is helpful when the Client Assistance Office looks at complaints like this and the lawyers can explain what they did when their clients may be impaired.

Debt collection is next on the list at 3.02 percent of the complaints received by CAO. It is our impression that most complaints come from people whose bank accounts have been garnished when they are absolutely sure that the debt is invalid, the funds were protected or the lawyer has somehow gotten their money illegally. Again, the advice here is to document your file and make absolutely sure you have followed all the rules regarding debt collection, especially at the garnishment stage. As long as you can document that you have a good faith belief that your client’s position is sound and you follow all the rules, you should not have any ethics issues. However, many debtors believe that even if the lawyer has no idea that the money they have garnished is protected somehow that it is misconduct to even try to take it. If you have followed all the rules, your response to CAO will most often settle the matter.

General litigation is next on the list at 2.50 percent. This is sort of a catch-all category when CAO cannot tell exactly what the underlying area of law is. However, even here we can make some cautionary statements. It is our impression that many of these complaints are generated by opposing counsel or pro se litigants when they feel their counter parts are playing loose with the rules of civil procedure, the supplemental local rules or a specific court’s customs. Play by the rules or you may find yourself answering a charge that you have violated Oregon RPC 3.4(c), knowingly disobeying an obligation under the rules of a tribunal.

In 2013, personal injury cases also accounted for 2.5 percent of the complaints the Client Assistance Office reviewed. This category has been higher on the list previously. CAO believes that many of the complaints that come out of this area of law are from disgruntled clients who do not understand why the lawyer gets to keep so much of the money their lawyer has recovered for them. They also are unhappy when the lawyer tells them that they have to pay third parties (think medical providers and expert witnesses) from the recovery. See Oregon RPC 1.15-1(d) and (e). The lesson here is that lawyers need to be very careful explaining and documenting their fees and who may have legitimate claims to the money they receive. If any third party has a legitimate claim to the funds, the lawyer should keep the amount in dispute in trust until the dispute is resolved. If the lawyer cannot resolve the dispute the funds may be interplead for the court to decide who gets what.

Complaints arising out of juvenile dependency and delinquency cases are next on the list at 1.67 percent of the complaints received. It is our office’s experience that many of these complaints come from the parent who is not successful in getting the minor’s attorney to agree that the child is best off with them. At some point in many dependency cases the lawyer for the child decides one parent or the other is better for their client, and that almost always irritates the jilted parent. That parent then tries to find fault in how the child’s lawyer came to what must have been an indefensible conclusion and files a bar complaint to protect his or her interests. The other kind of complaint CAO sees is from the parent who is losing control, about the other parent’s lawyer, alleging that the lawyer and the other parent must be cheating somehow and that is the only reason they are getting what they want.

Landlord/tenant complaints are next on the list at 1.54 percent of the complaints received in 2013. Most of these complaints arise from tenants who are upset that they are being evicted. Most of these do not get through CAO’s screening. 1.28 percent of the complaints received come from Social Security matters. Many of them appear to be due to the length of time it takes for those cases to wind their way through the system. Make sure to explain to your clients that there is little you can do to speed things up. Some of the complaints have to do with clients trying to get their medical records from their lawyers. CAO is not sure, but we think, that sometimes the medical records do not actually flow through the lawyer’s office and they do not have copies. If this is the case, make sure your clients know that.

Rounding out the middle of the list of areas that generate complaints are estate planning and conservatorship issues both with 1.16 percent of the complaints generated. Arguably there is some overlap here and a combined category would rank higher. The nature of the complaints generated is similar and the same as what was discussed in the probate section above. Someone who is not getting what they want or think they deserve complains that the lawyer knew or should have known that their client was being taken advantage of. While many of these complaints end up being dismissed because it is obvious that different players have different ideas about what is best for the person in question, there are times when the lawyers confuse their roles and who they represent, which result in conflict problems.

Not solidly in the middle, but maybe interesting, are complaints that lawyers are just plain rude or obnoxious (0.80 percent). While Oregon does not have a specific rule against being rude, arguably a few rules touch on it. For instance, Oregon RPC 4.4(b) prohibits lawyers from using means that have no substantial purpose other than to embarrass someone. If you are being extremely rude or obnoxious, that could implicate this rule. Oregon RPC 8.4(a)(4)(conduct prejudicial to the administration of justice) could possibly be invoked if a lawyer acted up during official court proceedings. I am not sure Oregon is there yet, but other states such are contemplating or implementing politeness rules.

What people complain about does not change much from year to year. It is our impression that responding to complaints about the client file takes an inordinate amount of both lawyer’s time and the Client Assistance Office’s time. Our strategy for these complaints is to forward them along to the lawyer with language outlining the rule and what is required, but with instructions to respond directly to the client with what they intend to do. Unless there is reason to suspect that a lawyer is thumbing their nose at a client’s request (and the Oregon RPCs), that often resolves the problem.

Diligence and communication still rule the top of the list of what people complain about. Develop template letters and emails so you can at least let your clients know that you got their letter and that you are on top of their case. Complaints expressing general dissatisfaction with how a legal matter was handled are usually in the top third of complaints the office receives. Most of those involve malpractice and are dismissed by the Client Assistance Office. Prosecutor misconduct is solidly in the top half of complaints received and has been getting some attention on a national level.

Finally, feel free to call any of the lawyers in the OSB General Counsel’s Office, which includes client assistance lawyers, if you have ethics questions.