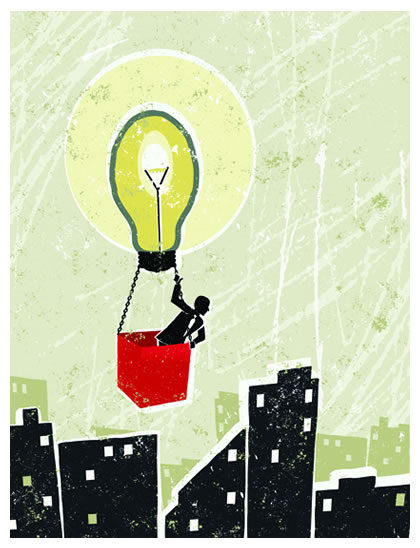 “You can’t tell how far a frog is gonna jump just by looking at him.”

Retired Oregon Supreme Court Justice Ralph M. Holman died on Sept. 3, 2013, at the age of 99, and this folksy witticism — one of many uttered by him in his own lexicon known to colleagues and friends as “Holmanese” — could have been aptly applied to Justice Holman himself.

Born in 1914 and raised in Molalla, then a rural farming community, his parents could not afford to send him to college during the Depression. After two years working various jobs, at age 19 he entered the night school of Northwestern College of Law in Portland. Graduating high in his class and practicing briefly in Portland, he enlisted in the Navy during World War II at the rank of chief petty officer, eventually running the large supply operation on Guam. Just days before the war ended, he was involved in a forklift accident which severed his left leg below the knee. He spent nine months at Mare Island Naval Hospital north of Oakland, emerging with his “leg,” as he called his prosthetic device. With his will, determination and activism, his “leg” was hardly noticeable for the rest of his life. He bowled in a league, played golf, worked his large garden and traveled the world pursuing his greatest passion, fishing. He ventured by himself on his last South American fishing trip to a remote lake in the Chilean Andes at the age of 91.

Following his return from the war, he relocated to Oregon City to practice law with Glen Jack. While there he joined a group of liberal Young Republicans, who wrested control of the party from what he termed a “moribund” bunch of Republicans. This young group included such future Oregon political luminaries as Tom McCall, Clay Mathews and Mark Hatfield. As luck would have it, in a short bit the sole judgeship position on the circuit court for Clackamas County became vacant.

Justice Holman was appointed to the Clackamas County Circuit Court in 1950 at the age of 35 — at the time the second youngest circuit court appointment to the bench in Oregon history. He served for 15 years as the senior judge of Clackamas County, enjoying it immensely. When an open seat on the Oregon Supreme Court came up for election, he decided to go for it. He campaigned diligently — including passing out “Elect Ralph Holman” cards in a booth at the Oregon State Fair — defeating Ed Howell from Eastern Oregon (who was subsequently appointed to the Supreme Court and was a good friend). As Justice Holman wrote, Judge Howell “suffered a disability because he was from Eastern Oregon, and they can’t vote jack rabbits.”

His frog had jumped far indeed. He served with distinction on the Oregon Supreme Court for 15 years, retiring in 1980 at age 65, principally to spend time traveling with his wife, Louise. He met Louise in law school, where she had enrolled — in the same class as him, but leaving before graduating. He took to her, remarking to a friend, “That girl knows which side of her bread the butter is on.”

He authored a number of major opinions on Oregon law, some of which have been and still are cited and used in law school case books. “Holmanese” became an endless source of entertainment, spiked as it was with unabashed directness of questioning and pronouncement of positions, old-fashioned aphorisms, and stories and fables from his life experiences. His opinions were frequently sprinkled with his adages and unique way of presenting things in common language.

His accomplishments for the Oregon law community were significant but often unnoticed. He was the first graduate of Northwestern College of Law to sit on the Oregon Supreme Court. He conceived, wrote and shepherded through the legislature the plan creating the Oregon Court of Appeals. He was instrumental in achieving ABA accreditation for the law school after it was acquired by Lewis & Clark University. And he was recently honored in bricks and mortar with dedication of the new Ralph M. Holman Law Center for Clackamas County in Oregon City.

Anyone who ever spent a modicum of time with Justice Holman would appreciate that he was “rare as a hen’s tooth.” Standing just over 6 feet, with his full shock of wavy white hair and pencil thin moustache, he had the true bearing and aspect of a judge; yet with his innate humility, friendliness and good humor, he generated an instant liking, as well as respect. He was Oregonian through and through.

He wrote that after his experience in the service, “I found that some way, somehow, I could handle whatever life threw at me.” And indeed he did, with grace, forthrightness and humor, speaking and writing Holmanese all the way.

ABOUT THE AUTHOR
Thomas H. Jamison is a member of the State Bar of California and an inactive member of the Oregon State Bar. He was Justice Holman’s law clerk for the year 1975-1976.