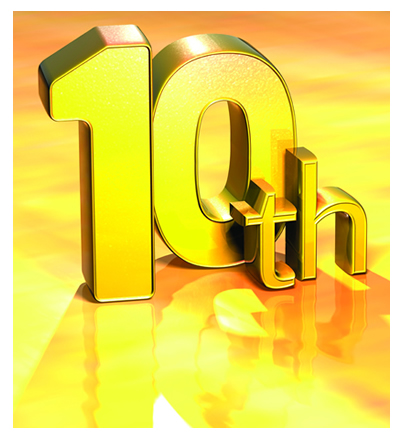 The Client Assistance Office (CAO) turned 10 in August. Happy Birthday to us. When Chris Mullmann started the office 10 years ago, he may have envisioned more assistance and less complaint processing, hence the name. What he capably set up and handed off upon his retirement this fall is a department the Oregon State Bar had never seen before, one that mostly separates the valid complaints from the non-jurisdictional ones. But we also sometimes help the public and lawyers. Handling roughly 2,000 complaints a year ranging from “my lawyer’s desk is messy” to “my lawyer stole over $100,000 from me,” CAO has heard it all.

Mostly what we have done for 10 years is decide which complaints implicate a rule of professional conduct warranting further review by Disciplinary Counsel’s Office (DCO) and which do not. See BR 2.5. CAO does have some authority to assist complaining parties’ with their problems. Our ability to help, however, has been pretty limited to issues such as reestablishing good lines of communication between lawyers and their clients, getting lawyers to turn over client files and pointing complainants toward other resources, such as the Professional Liability Fund, low- and no-cost legal aid agencies, the Department of Justice and the other assorted resources aimed at dealing with legal issues.

Feedback from our members has been generally positive. In 2005 shortly after CAO started, we conducted a survey of members and complainants about matters we handled in 2004. (The survey is available online at www.osbar.org/surveys_research/snrtoc.html.) We were pleased to learn that 91 percent of members agreed that they had been treated professionally and courteously by the program and 89 percent felt the staff was knowledgeable about the rules of conduct. Some 89 percent of members agreed that they had been given a fair opportunity to present their side of the story (the remaining 11 percent were unsure) and 86 percent were satisfied that their matters were handled in a timely manner. Certainly there was room for improvement, but for a fledging operation we felt we were doing well and we have used that feedback to improve since then.

The responses from complainants were a bit more checkered. Forty-five percent reported that they were comfortable speaking with CAO staff. Only 66 percent felt that they had been treated respectfully and courteously. Some 46 percent of complainants felt that staff attempted to understand their concerns and only 38 percent felt that staff cared about them or their concerns. Another 38 percent were satisfied with the service they received and 43 percent would recommend the program’s services to others. Considering the limited issues CAO can help resolve, and the fact that only about 12 percent of complaints are referred to disciplinary counsel (55 percent are dismissed outright and the balance resolved in some other way like referral to other agencies), the lower satisfaction numbers may be more understandable.

So, that is what we have done and where we are. What next? Should CAO do more? Some valid complaints are relatively minor, first-time offenses, based on a misunderstanding of the rule or a simple mistake, that ultimately result in no actual harm. For instance, lawyers sometimes do not completely understand that flat-fee agreements must be in writing with an explanation that the client may fire the lawyer and may be entitled to a partial refund. What if the required language is not in the fee agreement, but the lawyer actually complies with the intent of the rule by refunding a fair amount? The way our rules read now this complaint must be referred to disciplinary counsel. What if we resolved it with an informal admonition advising the lawyer that while there was no harm done in this instance that the required language should be added to subsequent fee agreements? We could require the lawyer to provide a copy of a revised fee agreement for review before the matter was dismissed.

Another example is the requirement in Oregon RPC 1.7 that conflicts of interest that can be waived must be done so in writing. What if the lawyer obtains consent during a court proceeding that is on the record? Currently that complaint would be referred to disciplinary counsel. What if CAO disposed of it by advising that the intent of the rule was met, but that for future similar situations the lawyer should be careful to obtain written consent? Wouldn’t that protect the public and educate the lawyer?

Fee disputes are another area where CAO may be able to assist more effectively. Unless a fee is extreme enough as to be clearly excessive or illegal (Oregon RPC 1.5), clients and lawyers have little recourse except the bar’s fee arbitration/mediation program or civil remedies. Even though fee arbitration is relatively inexpensive, it can take a fairly long time to set up and resolve. We see lots of disputes over somewhat small amounts. What if the program had the authority for disputes under $1,000 to make a conference call with the lawyer and client to see if it could be worked out short of more formal action?

The communication issue is a real hot button for clients. Many of the communication complaints we see do not rise to the level of ethics violations and even fewer of the ones that make it past CAO are prosecuted by disciplinary counsel. But we understand clients’ concerns. Sometimes a call to the lawyer gently suggesting that they call their client is enough. But, sometimes clients expect more than what is required and lawyers are reluctant to “waste” time by calling and having redundant conversations with overly anxious clients. Again, a conference call with a CAO lawyer on the line may be helpful. We could explain to a client when what they are asking for is unreasonable and might be able to help the lawyer understand what the client is asking for. We have noticed that clients sometimes do not understand how to focus their concerns and lawyers assume they know what is best and do not want to explain the whys and hows to their clients. This is an observation based mostly on conversations we have had with clients and lawyers, but not at the same time. If we were involved in one conversation with both parties on the line, then there may not be the need for additional conversations that frustrate both client and lawyer.

The disciplinary counsel’s office has the authority to enter into diversion agreements with lawyers who have committed minor violations. What if CAO had the authority to offer diversions without the necessity of referring a case to disciplinary counsel? Or what if there was “informal” diversion? That is, we offer the lawyer our opinion that there may have been a minor infraction but then offer a chance to make good on it. With the complainant’s participation and consent, CAO might resolve an issue and get the lawyer back on track in a way that satisfies the complaining party and educates the lawyer.

One very frustrating kind of complaint we receive comes from people involved in conservator/guardian/probate proceedings. Relatives of the protected or deceased person who have some interest in the proceeding, whether that be the well being of the protected person or in making sure the estate is handled properly, often complain that the lawyer for the conservator/guardian/personal representative will not return their calls or keep them informed. They do not understand that the lawyer is not their lawyer, but represents the conservator, guardian or personal representative. The problem, of course, is that Oregon RPC 1.4 only requires lawyers to communicate with their own clients, not other family members. CAO’s usual response to these complaints is to advise the complaining party to hire their own lawyer. Not very satisfying advice.

While CAO has not exhaustively researched the legal issue, we are generally aware that the conservator/guardian/personal representative has fiduciary obligations that may extend to other family members and may have some duty to keep other interested parties informed about the status of the matter. Putting aside the purely “looking out for myself” motivated complaints, it may be helpful for CAO to conference in the relevant parties and give the lawyer a chance to explain what they can expect from either them or their clients. WE can back the lawyers on the ethics requirements and then explain that if they are still not happy with the way the matter is being handled that their recourse is to insert themselves into the proceeding in a formal way. This just might reduce tension for all involved.

Trust me: CAO is not lobbying for more work. Nor would more responsibility come without a price. We have plenty to share between three lawyers and two staff who work here (see the first paragraph). However, if the overarching goal of lawyer regulation is to protect the public, would providing education and guidance to lawyers in certain circumstances do more to protect the public than only imposing a disciplinary sanction? Any changes would have to be fully discussed with disciplinary counsel, the membership and ultimately approved by the Oregon Supreme Court.

How have we done in our first 10 years? Have we done enough, too much or not enough? Is it time to do more or should we leave well enough alone? We welcome your feedback and ideas. Please send your thoughts and suggestions to me at smorrill@osbar.org.