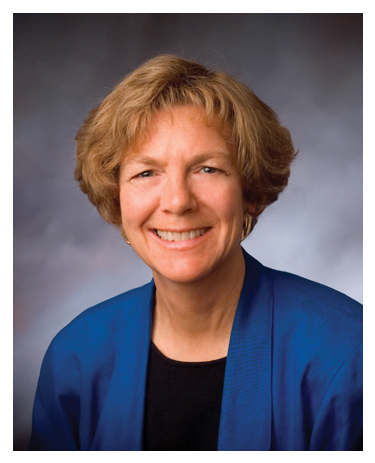 The last place Barbara Craig ever expected to find herself was behind a desk at a large law firm. She is passionate about forests and feels just as at home among trees as she does around conference tables. Yet the former Hot Shot firefighter and forest ranger is now a Stoel Rives partner specializing in environmental and natural resources law.

Craig knew forestry was her calling when she was a little girl. Her father taught at the University of Michigan and often brought her along to stroll through the elm trees on campus. He also helped arrange for her to participate in university research on Dutch elm disease while she was in the third grade.

As Craig prepared to begin her own studies at the University of Michigan’s School of Natural Resources, the traditional forestry curriculum was changing to focus more on policy. Craig admits that focus is far more appealing to her now as an attorney, but at the time she wanted to study “dirt forestry.” She decided to join a cross-country trek with a childhood friend who was moving to Oregon to go to college.

“It was August or September when I got here and I just loved it. I called my parents and said, ‘I’ve landed in the Garden of Eden and I’m not leaving,’ ” Craig recalls with a laugh.

After working in the woods on general forestry labor contracts such as tree planting, she established residency and enrolled in Oregon State University’s forestry program and spent summers working in the U.S. Forest Service’s co-op education program. Craig graduated with a bachelor’s degree in forest management in 1980 and joined the Forest Service as a project forester in Washington’s Wenatchee National Forest. Craig knew she ultimately wanted to become a district ranger, so she set about gaining as much experience as possible — including a summer of fighting forest fires as a member of Redmond’s Hot Shot Crew.

“It was a pretty calm season, but some of the smaller fires were as difficult as the larger ones. It was a great experience,” she says.

“I starting thinking that if I wanted to be a district ranger, I’d better get smart about the laws that impact forestry,” Craig says.

The Forest Service agreed to transfer Craig to its Portland office so she could attend Lewis & Clark Law School and continue working. During her second year of law school, she participated in a judicial externship in the U.S. District Court for the District of Oregon. The judges wanted Craig to work on NEPA cases, but there was a conflict of interest as long as she was working for the Forest Service, so Craig retired from the agency.

“I had every intention of going back and becoming a district ranger, and it was really my externship that opened up a whole new world,” she says. “I felt like a little kid in a candy shop because it was all right there in front of me, how the law works and how we use it to resolve issues.”

Craig, who earned her certificate in environmental and natural resources law and was inducted into the Cornelius Honor Society in 1987, says the opportunity to do a federal clerkship and work with U.S. District Court judges like Robert Belloni, Owen Panner, Malcom Marsh and James Redden played an invaluable part in her career.

“The judges were incredible mentors who see their role in developing young attorneys as a high priority, so I really felt like I had a new family that was invested in my career,” she says.

Craig’s practice focuses on federal environmental and natural resources law with an emphasis on Endangered Species Act compliance, and forestry and energy facility permitting and compliance issues. Her clients include forestry companies and associations, ports, pulp and paper interests, developers and owners of hydropower dams, and utilities. She also works with developers of wind energy projects, and helps oil and gas facilities with permitting matters.

“I like solving complex problems and I like being helpful,” Craig says. “I really enjoy all of my clients, and I enjoy trying to work through problems to make things better for them.”

In 2004, Gov. Ted Kulongoski appointed Craig to the Oregon Board of Forestry, where she served through 2008. She received the Ted Young Stewardship Award from the Oregon Forestry Industries Council in 2009, and recently was recognized by her alma mater as a distinguished environmental law graduate.

And, while her law practice means she’s around more conference tables than trees during the workday, Craig has found a way to combine her appreciation for both urban and rural environments. She and her husband, Jack, are raising their 15-year-old twins on a two-acre farm near the Tualatin Wildlife Refuge. The acreage boasts orchard trees, a vegetable garden and animal companions that include chickens and ducks, four pygmy goats, a cat and a dog.

“Our daughter, Ally, loves animals, so the animal kingdom just kind of comes and goes at our house,” Craig says.

Ally also is a longtime member of 4H and rides Appaloosa horses in equestrian events. Craig’s son Andy likes basketball, computers and Lego robotics and is just as comfortable driving a tractor around the farm and helping to maintain it.

“I think it’s important to connect urban and rural community. I want my children to know where things come from, to have chores that are meaningful and to learn something valuable from it.”

ABOUT THE AUTHOR
Melody Finnemore is a Portland-area freelance writer.