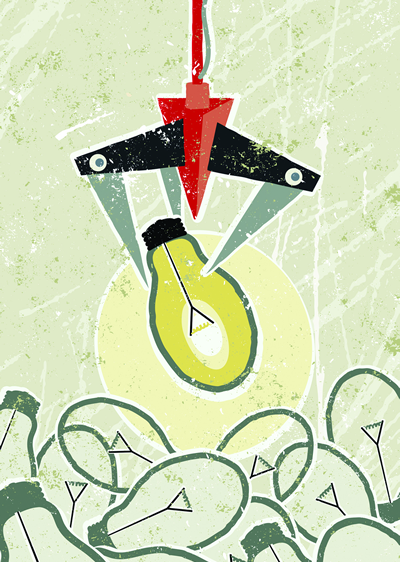 Rather than add to that general discussion, I want to focus on just one aspect of professionalism in one practice context: civility in business transactions. Civility is usually defined as something like courtesy, politeness, dignity, decency and kindness. The archenemy of civility is usually cast as zealous or overly zealous advocacy, although inexperience and lack of mentoring, demographics, big city law firms versus small town lawyers, over-the-top portrayals of lawyers on television and in films, technology and the country’s current fractious public discourse are also identified as culprits contributing to the decline of civility.4 One reason given for the growing incivility is that in a larger bar, the chance of coming up against the other lawyer twice is more remote. That thinking always seems short-sighted because the other lawyer or the other client might someday reappear in your life as a potential referral source, client, partner or boss. In any of these situations, it is easy to see with hindsight that it was really bone-headed to be rude or unprofessional.

In litigation, there is a judge who may be called upon to referee claims of unprofessional conduct, but there is no similar referee or monitor in business transactions, so the need for voluntary civility is even greater.

The Statement of Professionalism adopted by the OSB in 1990 and approved by the Oregon Supreme Court in early 1991 (the “1991 Statement”) contained four principles specific to business transactions. They are:

1. We will endeavor to represent the best interests of clients and at the same time seek to resolve matters in a manner that minimizes legal expenses for all involved and accomplishes the goal of our client.

2. We will clearly identify, for other counsel and all parties, all changes made in documents submitted for our review.

3. We will avoid quarrels over matters of form or style and will concentrate our energy and resources on matters of substance and content.

4. In making representations concerning the facts of a matter, we will be accurate and indicate clearly the extent to which we have authority to bind the client.

The Statement of Professionalism approved in 2006 (the “2006 Statement”) and in 2011 (the “2011 Statement”) do not include these specific principles, but I submit that these principles still work well in any business transaction.

I offer the following supplemental tips that I believe will foster civility — and contribute to professionalism — in business transactions.7

I believe it is more difficult to be rude to a lawyer you have met personally and have gotten to know as a person. It makes sense to me to share a meal or coffee with the other lawyer or lawyers (and for that matter the other professionals involved) early in the transaction to learn a little something about each other and to talk about roles, responsibilities and preferences. I also recommend meeting face-to-face or at least making contact by telephone if relations become intractable or you suspect that communications are breaking down. This face-to-face dispute resolution technique may also be useful in situations where one lawyer has a client who may be taking a patently unreasonable position or even where the other lawyer is approaching the limit of zealous representation. It may be appropriate to send a short email confirming your oral agreements reached either face-to-face or by telephone to avoid future misunderstandings, particularly if you have not worked with the other lawyer before (or, sometimes, because you have worked with the other lawyer before and your confidence in his or her professionalism is low).

Email is a wonder and has changed the way most of us practice law. Email is the enemy of civility. Make it a habit never to reply in haste or anger or when distracted by another matter. Resist the need for speed because it can kill your reputation. My partner, Mike Ryan, has a very simple test for emails. If you would be embarrassed by a judge, your malpractice partner or even your children reading that email (or if you would not care to read it aloud in a deposition or on the witness stand), delete the email and rewrite it later so that it is civil in tone and substance. Never fight fire with fire. Does your reply further the interest of your client or merely satisfy your pride or ego? Never communicate directly with the adverse party by using the “reply to all” feature, and never give the other lawyer the opportunity to communicate directly with your client by copying your client on your email. It is always better to forward to your client both incoming and outgoing email messages.

Friction Over Form or Style

Over the years, I have noticed that friction develops quickly over matters of form or style. Here are a few suggestions.

First, the failure to clearly mark or identify your changes is unethical as well as unprofessional. Early in the transaction, the lawyers should have a mutually understanding as to who will draft what and how the drafter would like to receive comments. Younger, tech-savvy lawyers probably prefer to use the word processing software that marks and show changes for acceptance or rejection by the other party. There are still a few lawyers left who may prefer that proposed changes be interlineated on a hard copy of the draft so that his or her assistant can make the changes when approved by the lawyer. If you are one of those lawyers, you can encourage interlineation by sending your documents in PDF format rather than in Word or WordPerfect format. In my view, it is never acceptable under Principles 2 and 3 above, to arrogantly replace the other lawyer’s draft, which then results in dueling drafts.

Second, always assume that there is well-reasoned intent behind every clause drafted by the other lawyer. In getting ready to comment, first make a list of the changes you would make and include the reason why you want each change. After you make the entire list, go back to see if any of them might be just style or form. If they are just matters of style or form, remove them from your list. Then prioritize the importance of the comments that remain on your list. Now review the list with your client and get her to prioritize the changes. Are there any more? Are there any that are not important to the client? When you have the final list and there appear to be one or more deal- killers, think about alternatives for the deal-killers that might give the other side what he needs or wants and that still achieves your client’s goals. For instance, a borrower is worried about an unintentional payment default on a promissory note resulting in acceleration, but the lender is worried about the borrower using a clause requiring notice and an opportunity to cure to become the borrower’s excuse to chronically make late payments. The deal could be killed over the clause for notice and an opportunity to cure, but a civil lawyer will explore whether there is another way, such as the right to a specific number of times that the lender is required to give notice and the opportunity to cure in a 12-month period, to achieve the reasonable objectives of both parties even though the solution may not be “perfect” for either of them.

1. Acosta, John V. and Richard J. Vangelisti, “Judges and Lawyers in Partnership: The Practical Rationale for Professionalism,” OSB Bulletin, May 2010

4. Filisko, G.M., “You’re Out of Order: Dealing with the Costs of Incivility in the Legal Profession,” ABA Journal, January 2013.

7. These tips were first published in an article written for an OSB professionalism seminar in December 2010.

ABOUT THE AUTHOR
Richard Canaday is a partner at Miller Nash in Portland, where his practice focuses on real estate transactions, loan transactions and workouts, corporate governance and sustainable development.