Moving On:
Duties Beyond the RPCs When Changing Law Firms
By Mark J. Fucile 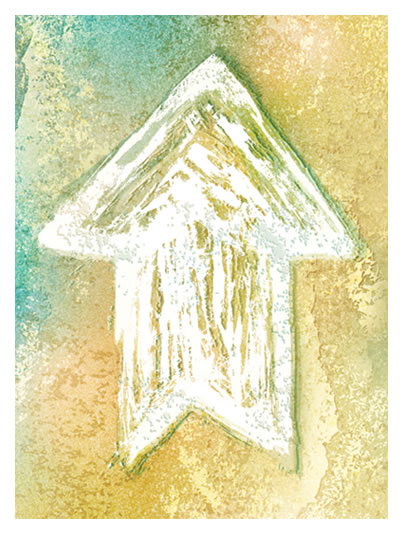 Last year, the Bar Counsel column did an excellent summary of the ethical duties under the Rules of Professional Conduct when lawyers change firms.1 Amber Hollister’s column focused on the leading Oregon and ABA ethics opinions and emphasized the absolutely critical importance for both the “old” and “new” firms to protect clients when the lawyers involved are moving from one to the other.2 The column, like the ethics opinions cited, addressed such key professional responsibilities as the duty to notify clients of an impending departure and the transition of files from one firm to another.

When transitioning from one firm to another, fiduciary duties typically arise in three principal contexts.

First, when planning a departure, lawyers are not generally required to disclose their intentions — such as speaking with another firm or looking for office space — until they are ready to move.3 But, to state the obvious, lawyers cannot lie to conceal their plans or “preemptively” solicit clients before telling their own firms. In In re Busby, 317 Or 213, 855 P2d 156 (1993), for example, the Oregon Supreme Court suspended a lawyer who had misled his firm about collections he had underreported to assemble funds for opening his own firm. Similarly, in In re Smith, 315 Or 260, 843 P2d 449 (1992), the Oregon Supreme Court suspended a lawyer who diverted clients to his new firm before he told his old firm that he was leaving.4

Second, even lawyers who have announced their departure still owe fiduciary duties to their old firm while they remain on the payroll. As the leading ABA ethics opinion on the subject puts it, “[T]he departing lawyer must not disparage the lawyer’s former firm.”5 Although the same ABA opinion permits a departing lawyer to supply detailed competitive information about a new firm (such as rates and resources) if the client asks, this awkward period of having “one foot in and one foot out” often counsels making the transition from announcement to exit as short as reasonably possible. By contrast, once a lawyer has actually left the old firm, the ABA opinion concludes that the lawyer is generally both free to contact clients directly and to engage in open-ended discussions with the clients about the lawyer’s new firm.

Third, when a firm is dissolving, partners (or shareholders) continue to owe fiduciary duties while their old firm is being wound up. Platt v. Henderson, 227 Or 212, 231-32, 361 P2d 73 (1961), states this general principle in the law firm setting and Oswald v. Leckey, 280 Or 761, 572 P2d 1316 (1977), provides an apt illustration (albeit in the analogous context of an accounting firm). In Oswald, the state supreme court found that a partner in a dissolving firm had improperly written down accounts receivable due from clients as an inducement for those clients to move with him to his new practice.

Contractual duties typically come into play in two key areas during law firm departures: advance notice provisions for departing partners or shareholders, and partner or shareholder agreements that address the division of firm assets and liabilities upon dissolutions or splits.

Many firms have notice provisions in their partner or shareholder agreements that require a fixed period of advance notice before a partner or shareholder leaves the firm. Many of these provisions are linked to various financial penalties if not followed. RPC 5.6(a), however, prohibits partnership, shareholder or other agreements that restrict “the right of a lawyer to practice after termination of the relationship.” Oregon’s rule is patterned on its ABA Model Rule counterpart and follows from former Oregon DR 2-108(A).6 Although not addressing notice periods directly, the Oregon Court of Appeals held similar provisions unenforceable as against public policy when they included geographic restrictions (Gray v. Martin, 63 Or App 173, 663 P2d 1285 (1983)) or financial penalties for departing lawyers taking clients with them (Hagen v. O’Connell, Goyak & Ball, P.C., 68 Or App 700, 683 P2d 563 (1984)). Although “reasonable” notice provisions may be justified to ensure that clients are protected when firm lawyers depart, what is reasonable in any given circumstance can turn on whether it is truly the client’s interest that is being protected or simply a thinly disguised restriction on the right to practice in violation of RPC 5.6(a). It is also worth noting that, notwithstanding even a valid notice provision, a lawyer might logically conclude that it is in the lawyer’s overall economic interest to breach the contract and sustain any resulting financial penalty. Under OSB Formal Ethics Opinion 2005-92 (2005), a lawyer may generally advise and assist a client in breaching a contract and the same logic would apply to a lawyer’s own decision to breach a contractual notice period.

Partnership and shareholder agreements are the principal touchstone courts look to in dividing firm assets and liabilities in the event of law firm dissolutions or other splits and may generally include provisions addressing collection and division of accounts receivable and contingent fee agreements (subject to RPC 5.6(a)).7 In Gray v. Martin, for example, the Court of Appeals looked primarily to a firm’s partnership agreement in determining the extent to which a departing partner had to share a contingent fee collected later with his old firm. With a firm lawyer who is not a partner or shareholder and who is not otherwise subject to an enforceable written agreement, an old firm’s right to share contingent fees collected after the lawyer departs normally turns on the firm’s lien rights (discussed in the next section) and the associated contract theory of quantum meruit with the measure of recovery (if any) based on the extent to which the old firm contributed value to the ultimate recovery. Hay v. Erwin, 244 Or 488, 419 P2d 32 (1966), and Robinowitz v. Pozzi, 127 Or App 464, 872 P2d 993 (1994), for example, both rely on quantum meruit in, respectively, awarding and denying fees following termination of contingent fee agreements.

Dissolutions or splits can also invoke statutory law governing partnerships or professional corporations, particularly in the area of post-departure collections.8 As noted earlier and as illustrated by Gray v. Martin, courts in those situations typically rely principally on the partnership or shareholder agreement involved as the best expression of the intent of the parties. If the partnership or shareholder agreement is silent or ambiguous on a particular issue, however, courts in the alternative will look to governing statutory law. In Platt v. Henderson, for example, the Oregon Supreme Court relied primarily on the then-current version of the partnership act in concluding in the context of an accounting that a departing lawyer must share revenues collected for work that was essentially done when he left his former firm and that he was not entitled to special compensation above his statutory share for completing other unfinished business of the former firm.9 When the departing lawyer is not a partner or shareholder, a firm may also have a statutory lien for fees where a client with a contingent fee terminates the agreement and follows a lawyer to a new firm. ORS 87.445 creates a “charging lien” for fees — at least to the extent that the old firm’s work contributed to the recovery.10

Appropriately, the RPCs focus on ethical duties to clients when the lawyers involved are in transition. At the same time, fiduciary, contractual and statutory duties can come into equally sharp focus when lawyers are severing their professional bonds with one firm and moving to another.

4. In a similar vein, the Oregon Supreme Court disciplined a lawyer in In re Unrein, 323 Or 285, 917 P2d 1022 (1996), for improperly representing her status on unemployment compensation forms when moving between jobs.

6. RPC 5.6(a) exempts “an agreement concerning benefits upon retirement.” RPC 1.17(h), in turn, exempts restrictions in connection with the sale of a law practice.

7. Comment 8 to ABA Model Rule 1.5, upon which Oregon’s corresponding RPC is now patterned, notes that the “fee split” requirements of Model Rule 1.5(e) do “not prohibit or regulate division of fees to be received in the future for work done when lawyers were previously associated in a law firm.”

9. With the recent run of law firm bankruptcies nationally, it is sometimes a bankruptcy trustee who is trying to use state partnership or corporate law to “follow the money” for the benefit of creditors. See, e.g., Geron v. Robinson & Cole LLP, 476 BR 732 (SDNY 2012).

ABOUT THE AUTHOR
Mark J. Fucile of Fucile & Reising handles professional responsibility, regulatory and attorney-client privilege matters and law firm related litigation for lawyers, law firms and legal departments in the Pacific Northwest. He is a past member of the OSB Legal Ethics Committee and past chair of the Washington State Bar Rules of Professional Conduct Committee.Reach him at (503) 224-4895 and Mark@frllp.com.