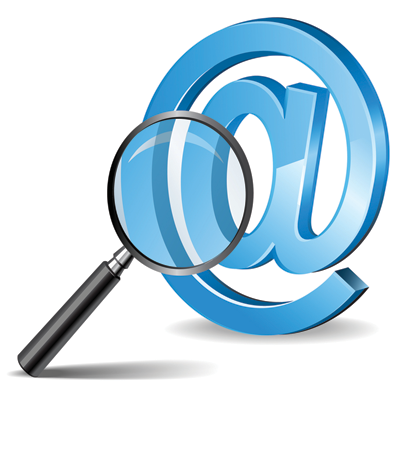 Modern litigators often Google opposing parties and witnesses before making a formal request for production. After all, approximately one out of seven people in the world has a Facebook page, and nearly four out of five active Internet users visit social networks and blogs.1 For this reason, social media investigations have been described as “an attractive new weapon in a lawyer’s arsenal of formal and informal discovery devices.”2

A new ethics opinion, OSB Formal Opinion No. 2013-189, discusses how and when lawyers may search public and nonpublic information on social media websites and wrestles with some of the thorny issues that may arise during spontaneous web searches. When can a lawyer review the portions of a site that are public? When can lawyers or their agents request access to nonpublic information? And when can lawyers use covert tactics to gain access to a social media website?

The following hypothetical scenarios explore the contours of the new opinion.

You represent an employer in an employment discrimination case. You just spoke with opposing counsel about scheduling plaintiff’s deposition and you are curious whether plaintiff has made any comments about her employer on Twitter. Can you ask your secretary to follow the plaintiff’s private Twitter feed?

As the Legal Ethics Committee explained, “Accessing an adversary’s public Web site is no different from reading a magazine article or purchasing a book written by that adversary.” OSB Formal Op No 2005-164. But in order to gain access to a private Twitter account, it is necessary to send a request to follow the user, which amounts to communication with a represented party. Under Rule 4.2, lawyers may not communicate with represented parties about the subject matter of the representation, unless an exception applies. Rule 4.2’s prohibition is the same regardless of whether the communication takes place online or off. OSB Formal Op No 2005-164. If a lawyer is prohibited by Rule 4.2 from sending a request to follow a party, the lawyer cannot direct staff to send a request on the lawyer’s behalf. RPC 8.4(a)(1).

On the other hand, if the lawyer does not know the party is represented (for instance, if the plaintiff is proceeding pro se), then the request to follow the party would be permissible under Rule 4.2. OSB Formal Op No 2013-189. Even so, a lawyer investigating an unrepresented party’s social media presence must be careful not to state or imply that the lawyer is disinterested in the case or give the party legal advice. RPC 4.3. Lawyers can find comfort in the fact that they will not run afoul of Rule 4.3 merely by sending a request to access a nonpublic social media website. The committee determined that a “simple request to access nonpublic information does not imply that the lawyer is ‘disinterested’ in the pending legal matter”; instead, “it suggests that Lawyer is interested” in the person “although for an unidentified purpose.” OSB Formal Op No 2013-189. If the account holder asks for more information about the lawyer’s role or the reason for the lawyer’s interest, the lawyer must provide truthful information or withdraw the request.

You are representing the plaintiff in an employment discrimination trial. The court has just empanelled the jury. During a break before opening statements, can you check to see if any of the jurors has a public Facebook page?

Yes. A lawyer may view a juror’s public Facebook page, as long as the lawyer does not engage in communication with the juror. Rule 3.5(b) provides that lawyers may not engage in ex parte communications with a juror during trial unless authorized to do so by law or court order.3 Simply viewing the page, however, is not considered communication. See OSB Formal Op No 2005-164.

But that does not mean a lawyer may try to “friend” a juror. As the committee concluded, “a lawyer may not send a request to a juror to access nonpublic personal information on a social networking website, nor may a lawyer ask an agent to do so.” OSB Formal Op No 2013-189, fn. 2. A lawyer who is tempted to comment on the juror’s Facebook page should refrain from doing so for the same reason. Ex parte communication with jurors in cyberspace is treated the same way it is on the courthouse steps.

Probably so. Before advising law enforcement to subscribe to the suspect’s YouTube channel using an alias, the prosecutor should evaluate whether the proposed course of action could potentially implicate Rules 4.2 and 8.4(a)(3).

If the suspect’s YouTube channel is public, then no subscription is necessary to view the recording of the assault and subterfuge is unnecessary. Reviewing a publicly available YouTube video would not be considered communication under Rule 4.2. OSB Formal Op No 2005-164.

If the YouTube channel is private, only subscribers may see videos, and it would be necessary to send a request to subscribe to the channel. Advising law enforcement to send a request to the suspect is permissible, even though the suspect is represented by counsel, when no formal criminal proceedings have been brought against the individual. This is because Rule 4.2’s “authorized by law” exception applies. RPC 4.2(b). Courts have held that a prosecutor may engage in pre-indictment, pre-arrest and other investigative contacts with a suspect even though the prosecutor knows the suspect is represented by counsel. See OSB Formal Op 2005-126.

But can a prosecutor advise law enforcement to subscribe to the YouTube channel under false pretenses? Lawyers may not personally engage in subterfuge when attempting to access a nonpublic social media website. After all, lawyers are barred from engaging in any “conduct involving dishonesty, fraud, deceit or misrepresentation that reflects adversely on the lawyer’s fitness to practice law.” RPC 8.4(a)(3); see also RPC 4.1(a).

But the rules carve out a narrow exception to RPC 8.4(a)(3) for lawyers providing advice about covert activity or supervising covert activity that is designed to uncover violations of civil or criminal law or constitutional rights. OSB Formal Op No 2005-173. Under Rule 8.4(b), lawyers may advise others about or supervise lawful covert activity to investigate violations of civil or criminal law or constitutional rights when the lawyer believes in good faith that there is a reasonable possibility that unlawful activity has taken place, is taking place or will take place in the foreseeable future. The lawyer’s conduct must otherwise comply with the Oregon Rules of Professional Conduct. In other words, RPC 8.4(b) does not allow lawyers themselves to engage in misrepresentations.

The committee noted that in the “limited instances allowed by Oregon RPC 8.4(b)” a lawyer “may advise or supervise another’s deception to access a person’s nonpublic information on a social networking website.” OSB Formal Op 2013-189. Under the facts provided, the prosecutor has a good faith belief that there is a reasonable possibility that unlawful criminal activity has taken place. Under RPC 8.4(b), the prosecutor may advise law enforcement to subscribe to the suspect’s YouTube account using an alias. The prosecutor may not personally engage in subterfuge.

When reflecting on one’s ethical responsibilities online, it may seem as though the Internet is a wild new frontier. But the committee’s opinion on social media investigations confirms that the Oregon Rules of Professional Conduct will continue to be applied in the same manner to online and offline conduct.

3. RPC 3.5(c) places similar prohibitions on communicating with a juror when the proceeding is concluded if (1) the communication is prohibited by law or court order; (2) the juror has made known to the lawyer a desire not to communicate; or (3) the communication involves misrepresentation, coercion, duress or harassment. See OSB Formal Op No 2013-189, fn. 2. Local rules often prohibit lawyers from contacting jurors after a trial. See OSB Formal Ethics Op 2005-143.