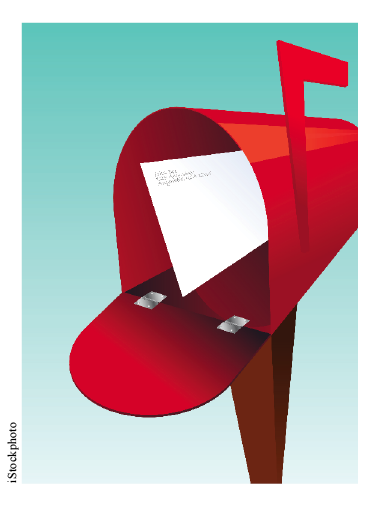 A Human Face on Homelessness

Thank you for publishing Melody Finnemore’s timely article, “The Changing Face of Homelessness” (June 2013). It took us into the problem in personal terms and, indeed, put a human face on homelessness. I was gratified to read of the various responses to the issue and the important role the legal profession has to play in meeting the needs of our homeless population.

Respect for the Decisions

The Oregon Board of Parole and Post-Prison Supervision made a decision to release someone and despite criticism of its decision stuck by its decision until after the governor intervened. Then it reversed the decision and scheduled another hearing.

I have encountered the same situation before another state agency. The agency announced what it wanted to do and although the administrative law judge disagreed in his decision, the agency ignored the decision and implemented what it has wanted to do all along.

When we delegate powers, shouldn’t we respect the decisions of those to whom we have delegated? Otherwise shouldn’t the governor’s after every decision wave his finger in the air to determine which way the political wind is blowing and decide every case that way? Couldn’t we therefore abolish all delegations and all agencies? That would certainly save a lot of money and grief by those of us who think that our efforts might make a difference.

I respect that Mr. Bush believes that the debate over work-life balance should be gender neutral (Parting Thoughts, June 2013). The fact, however, that he failed to actually read Ms. Sandberg’s book shines through in this statement, which completely fails to realize that the reason the issue is not gender neutral is because the expectations with regards to housework, childrearing and professional work are not gender neutral.

From the position of the white male, it is probably difficult to see how the rules for women are different than the rules for men, but they are. His editorial exemplifies this when he tells us how his friends and colleagues handed him back his resignation and “leaned in on (his) behalf.” How many women have this experience? Almost none. Instead, people get into heated discussions about whether women really belong in the workforce when they have children, as so many simply “opt out” once they realize their (implied) higher calling to be mothers. Women pay a penalty for their decision, which is inevitably accepted without question, and men are lauded for it and urged to reconsider.

Until the rules are the same for both genders, the conversation cannot be gender neutral.If Mr. Bush would like to move the conversation towards one of gender neutrality, I suggest that he look for ways to question his own and others’ preconceptions about the “proper” behavior of women in the workplace so that we can all work in a level playing field. Perhaps he could also read the book.

Letters must be original and addressed to the Bulletin editor. We do not reprint letters addressed to other publications, to other individuals, to whom it may concern, etc.

We strive to print as many letters as possible. Therefore, brevity is important, and preference will be given to letters that are 250 words or less.