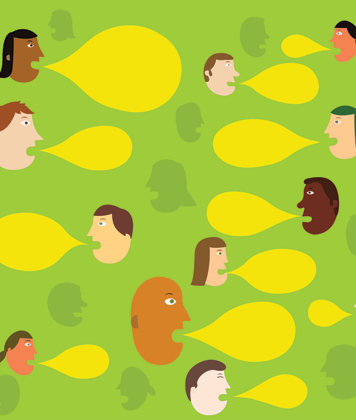 The House of Delegates agenda for Nov. 1 will include a Board of Governors proposal to amend Oregon RPC 7.1-7.5, the rules governing information about legal services, commonly referred to as the advertising and solicitation rules.

Some of you may recall a delegate resolution on the 2010 HOD agenda to conform Oregon’s advertising rules to Washington’s. Although the resolution failed, several delegates suggested that the board should study the idea. The board, in turn, asked the Legal Ethics Committee (LEC) to study the rules and make a recommendation. The pending proposal is the product of nearly two years of study by the Legal Ethics Committee.

The committee review included Washington’s rules, the ABA Model Rules and the report and recommendations of a 2009 advertising task force. The 2009 task force, concluding that many of Oregon’s rules would not withstand scrutiny under the Oregon Constitution, recommended sweeping changes that included eliminating the prohibition on in-person solicitation. In the face of strong opposition to such extensive changes, the board tabled the 2009 recommendations.

As did the 2009 Task Force, the Legal Ethics Committee operated on the assumption that the principal objective of the rules on advertising and solicitation is to assure that those communications are truthful and not misleading. The desire to protect lawyers from competition, or regulate “good taste,” or keep the public ignorant of their potential rights are not proper bases for professional regulation.

Nevertheless, the ethics committee recommendations take a more measured approach than the 2009 task force proposals. The Legal Ethics Committee concluded that adoption of the ABA Model Rules with some variations will retain important existing provisions while providing practitioners with guidance that is clear, simple and more consistent with other jurisdictions. The ethics committee plans, if the proposed rules are adopted, to draft one or more formal ethics opinions that will offer interpretive guidance.

A brief review of the changes follows. The full text of the proposed rules follows this article. A comparison of the proposed new rules and the current rules, together with explanatory notes, can be found on the OSB website at www.osbar.org/_docs/rulesregs/proposedrpcs.pdf.

RPC 7.1: The most significant change in the LEC proposal is to RPC 7.1. The rule prohibits false or misleading communications and currently lists nine different types of statements that are prohibited because they are deemed to be misleading. The LEC concluded that the itemized list is both underinclusive and overbroad. The recommendation is to adopt the ABA Model Rule language that simply prohibits false or misleading communications, and it defines false or misleading to include a misrepresentation of fact or law, or the omission of facts necessary to make a statement not materially misleading. This change will, of course, require lawyers to evaluate proposed communications on a case-by-case basis, focusing the analysis on the harm the rule is intended to prevent.

RPC 7.2: The first part of this rule is a simple statement authorizing advertisements in written, recorded or electronic communication. The current prohibition on allowing another to promote the lawyer’s service through means involving false or misleading communications is eliminated, as it is covered in the overarching prohibition of Rule 7.1. The prohibition against paying others for referrals is retained, with limited exceptions, including paying the charges of a not-for-profit referral service. The current detailed provisions of 7.2(c) relating to legal service plans is eliminated, as it is already covered in other rules.

RPC 7.3: The proposed new rule is identical to current Rule 7.3 and retains the prohibitions against in-person, live telephone or real-time electronic solicitation of professional employment. The requirement to identify unsolicited advertisements as such is modified to substitute the phrase “Advertising Material” for “Advertisement” and deletes the requirement that the words be “in noticeable and clearly readable fashion” on the ground that it does not give clear guidance with regard to the many kinds of communications that may be used and because a notification that isn’t readily apparent constitutes no notification and would violate the rule.

RPC 7.4: Neither the Legal Ethics Committee nor the Board of Governors favors adoption of the ABA rule governing communicating fields of practice and specialization. Both conclude that it is duplicative of existing permission to communicate truthful and not misleading information.

RPC 7.5: The proposed new rule contains the essential elements of the current rule, but in different order and using slightly different language. The only substantive change is in regard to including a lawyer’s name in a firm name if the lawyer is temporarily not actively practicing with the firm. The new rule applies that prohibition only when the lawyer is holding public office.

The Board of Governors is interested in member comment about the proposed amendments to the Rules of Professional Conduct. Comments should be submitted in writing to the Legal Ethics Committee in care of OSB General Counsel Helen Hierschbiel at hhierschbiel@osbar.org by Aug. 9.

ABOUT THE AUTHOR
Sylvia Stevens is executive director and former general counsel of the Oregon State Bar.