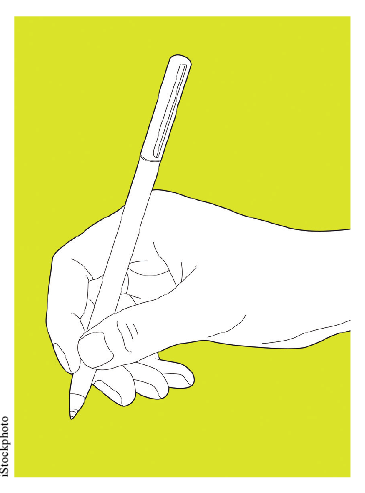 Every reader has her pet peeves. A few Bulletin readers have generously shared theirs with me for this column. Below is a brief collection of errors, pitfalls, peeves, annoyances and goat-getters sent in by readers and friends.

Only and Other Misplaced Modifiers

A modifier is a word that alters something else in the sentence. A modifier is misplaced when, because of its incorrect placement in a sentence, it modifies the wrong thing. Only is a common misplaced modifier, and its misplacement can change a sentence’s meaning (and irk readers).

When a writer misplaces only, he could be limiting the wrong thing in the sentence. For example, consider these two sentences:

The first sentence means that I eat ice cream and nothing else. No sandwiches, no pizza, no nothing. The second sentence means that the only thing I do with ice cream is eat it. I don’t make it, sell it or wash my hair with it. Realistically, because we’re all so accustomed to misplaced modifiers in sentences, most readers will assume that I eat ice cream and no other food regardless of which sentence I use, but it’s better to be precise.

Only is just one of many commonly misplaced modifiers. Just about any adjective or adverb can be misplaced. Other quite commonly misplaced words are just, merely, nearly, barely and almost. Moving these modifiers around in the sentence may significantly change the sentence’s meaning. Think about the difference between these two sentences:

“I just won the bronze medal in the 110 meter hurdles.”

“I won just the bronze medal in the 110 meter hurdles.”

In the first, the writer indicates that she is proud of her very recent race. In the second, she seems disappointed that she didn’t get gold or silver, and the recent date of the race is lost.

When editing your sentences, a good rule of thumb is to keep the modifier as close as possible to the thing you’re trying to modify. Read your sentence objectively and ask whether a reasonable reader could possibly glean the wrong meaning due to modifier placement.

Just like readers, style manuals tend to differ on contractions. Some writing guides still instruct writers to avoid contractions. According to that school of thought, contractions are too colloquial.

On the other hand, some legal writing requires greater formality. For example, rule-making documents — like contracts and estate planning documents — are rarely intended to sound casual. Similarly, documents submitted to a court are typically more formal. Most lawyers don’t want to sound breezy when addressing the court. Therefore, contractions would be inappropriate in those documents.

Further, bear in mind that some contractions can cause confusion. For example, does I’d mean I had or I would? If a contraction could impact the clarity of your sentence, write out the full words.

In sum, even though contractions are not automatically off-limits, use them cautiously in formal writing. As with all writing, consider the audience you’re writing for and the tone you intend to convey when deciding whether to include contractions.

To beg the question is to make an argument based on a logical fallacy. Specifically, it occurs when an argument’s conclusion is based on a premise that lacks support. For example, the statement “The First Amendment must be protected because we must preserve freedom of speech” begs the question. (Perhaps this example springs to my mind because my Constitutional Law professor so frequently busted students for begging the question when called on.) As an even more simplistic example, “the story is false because it is based on lies” begs the question.

If this particular mistake drives you crazy, you might consider joining the BTQ movement. The website http://begthequestion.info sells t-shirts, mugs and cards spreading the BTQ gospel.

If, on the other hand, you’re still confused about what begging the question means, dust off your philosophy texts and study up on Aristotelian logic concepts. In the meantime, please stop using the expression.

No, these expletives aren’t the exciting ones you expected, but I’m glad to have piqued your interest. Writers tend to begin sentences with it is, there are, and there were more frequently than they ought to, and readers don’t like it. Beginning sentences with these types of phrases (“It” or “There” followed by a form of the “to be” verb) is called expletive construction. Expletive construction can almost always be avoided. And it should be avoided when possible because it leads to wordy, ambiguous and boring sentences.

These types of sentences are wordy because they can almost always be reduced. For example:

Before: “It is likely that the victim suffered substantial pain.”

Sentences with expletives are ambiguous because the reader doesn’t know what “it” is. Using the same example from above, the subject of the sentence — it — is some unnamed, unknowable thing. Using a concrete subject, like the victim, improves the sentence’s clarity.

Finally, these types of sentences are boring because the writer squanders the most emphatic part of the sentence — the beginning — on unnecessary, ambiguous filler words. Using a concrete subject (the victim)and an active verb (suffered) enlivens the sentence.

Myself, the Most Misused of the Reflexive Pronouns

But when the subject is not the same as an object of the sentence, a reflexive pronoun is not appropriate. Myself is most frequently implicated in this particular grammar crime. That is, problems typically arise when a writer instructs someone else to do something to or for the writer. For instance:

“Kate, please send a copy of your brief to the client and myself.”

“I need to give myself a 15-minute break in the middle of the day.”

But that’s the only time myself gets used as a pronoun. If you have trouble remembering the rule, just think of how silly Austin Powers sounded when he said, “Allow myself to introduce myself.”

This column covers just five of the myriad writing mistakes or quirks that bother legal readers. Put these on your own proofreading checklist, and feel confident that someone somewhere will be happier for it.

So what bothers you as a reader? Please send your comments to me at efrost@ uoregon.edu.