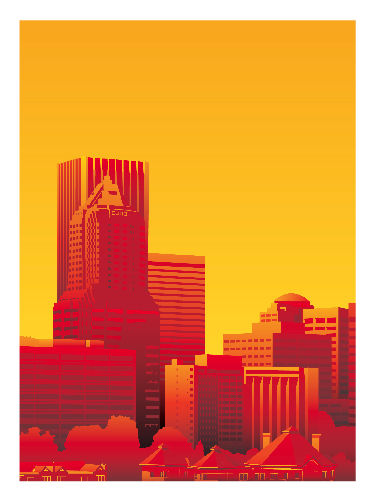 With the news filled with stories of the Great Recession, the 99 percent against the one percent, rising talk of class warfare, and labor actions threatening to close ports in Portland and elsewhere on the West Coast, it is interesting to turn to an earlier time — a time when the country was deep in the midst of the Great Depression, when talk of class warfare was on the rise and when labor activity shut down the Port of Portland as well as every port on the West Coast. As a direct result of that labor action, the United States Supreme Court incorporated the Freedom of Assembly Clause of the First Amendment to apply to the states in De Jonge v. Oregon, 299 U.S. 353 (1937).

In January of 1937, Dirk De Jonge, World War I veteran, former Portland mayoral candidate, communist and longshoreman, walked out of the Oregon State Penitentiary a free man after the United States Supreme Court reversed his conviction for criminal syndicalism. The story of Dirk De Jonge illustrates a fact known to many attorneys: the backstory to a case is often more interesting than the case itself. This particular backstory takes us back in time, when the country arguably approached class warfare and the struggle to balance public safety with the protection of unpopular speech was paramount.

Not much is known about De Jonge prior to the 1930s. He was born on Aug. 30, 1890, and served as a U.S. Army private in World War I. When he first arrived in Portland is not certain, but by 1932, De Jonge was the Communist Party candidate for mayor of Portland, and two years later he was deeply involved in the 1934 West Coast maritime strike.

The 1934 West Coast maritime strike is a landmark event in United States labor history. As Michael Munk noted in “Portland’s ‘Silk Stocking Mob,’” the strike, occurring during the depths of the Great Depression, ceased all maritime commerce for 82 days from Bellingham, Wash., to San Pedro, Calif. In Oregon, an estimated 50,000 workers lost their jobs including 12,000 to 15,000 in the Portland area as a result of the strike.1 The maritime strike was not an isolated incident that year. In the southeastern United States, the textile worker strike shut down that region’s textile industry; in Wisconsin, workers struck the Kohler factory; in Minneapolis, the Teamsters went on strike affecting commerce throughout the upper Midwest; and in Toledo, the Auto-Lite strike lead to a five-day battle between 6,000 striking workers and 1,600 members of the Ohio National Guard known as the “Battle of Toledo.” Together, these actions brought the country to the brink of class warfare.

In Portland, prior to the strike, the conditions endured by longshoreman were typical of that era. Employment on the docks rested on the whims of “gang bosses” who gave jobs to friends, relatives and workers who provided a kickback. Additionally, all union members were blacklisted and denied employment. The Great Depression added to the difficulties with stevedore companies ordering longshoreman to speed up their work to a frantic pace.2 Those practices took hold along the entire West Coast and when negotiations between the unions and owners failed, a coast-wide strike was called. On May 9, 1934, every West Coast port went on strike.

On July 10, a group of Portland businessmen announced that Terminal 4, near the St. Johns neighborhood, would be open for business by any means necessary. The next day, Portland Mayor Joseph Carson, Jr. put heavily armed “special police” under the command of the police chief on a flatcar at the head of a Union Pacific train. The plan was to ram the train through the picket line. The strikebreakers gathered to stop the train, and the “special police” fired on the strikebreakers, wounding four. That day became known as “Bloody Wednesday” and started the chain of events that would lead to the arrest of Dirk De Jonge.

The following day, De Jonge, a Portland Communist Party leader, was arrested for distributing leaflets in downtown Portland. On July 27, the Communist Party called a meeting to protest the shootings and arrests. The meeting at 68 S.W. Alder Street in Portland was free and open to the public. According to the Oregon Supreme Court opinion in State v. De Jonge, 152 Or 315, 317(1935), among the 150 to 300 attendees, only 10 to 15 percent were members of the Communist Party. De Jonge was the second speaker on the program, and spoke about the conditions at the county jail, the actions of the police in relation to the strike and several other related matters. As De Jonge explained: “I went to that meeting because I was instructed by the section committee of the Communist Party through its section organizer, comrade Louis Olson, to speak at that meeting in the name of the Communist party.”

At the meeting, De Jonge made a plea for new members to join the Communist Party but could not remember whether he urged the attendees to buy the Communist literature for sale at the meeting, but stated that he usually did try to sell literature at meetings. Although the meeting was peaceful, the Portland Police “red squad” broke it up and arrested eight leaders, including De Jonge. A grand jury indicted De Jonge with agitation and “criminal syndicalism” for unlawfully presiding at, conducting or assisting in conducting a Communist Party meeting to “teach and advocate the doctrine of criminal syndicalism and sabotage, contrary to the statutes in such cases made and provided, and against the peace and dignity of the state of Oregon.”

Oregon law defined criminal syndicalism as “the doctrine which advocates crime, physical violence, sabotage, or any unlawful acts or methods as a means of accomplishing or effecting industrial or political change or revolution.” Oregon Code, title XVI, ch 3, § 110 (1930).

A person committed the crime of criminal syndicalism3 if that person,

At De Jonge’s three-week trial, the state introduced a large amount of Communist literature. The jury initially informed the court that it was evenly divided. After further deliberation, the jury was 8-4 in favor of conviction. The judge re-read the jury instructions and after several more hours of deliberation, the jury returned a 10-2 verdict of guilty but recommended leniency. Judge Jacob Kanzler sentenced De Jonge to a seven-year term of prison. De Jonge appealed his conviction and sentence to the Oregon Supreme Court on several grounds, including a violation of the 14th Amendment to the U.S. Constitution, Article I, Sections 8 and 26 of the Oregon Constitution, as well as an evidentiary issue and the denial of De Jonge’s motion for a directed verdict. On Nov. 26, 1935, the Oregon Supreme Court affirmed his conviction. State v. De Jonge, 152 Or 315 (1935). Relying on a prior decision, the court found no constitutional violation. Notably, De Jonge did not raise a First Amendment claim.

While the States are entitled to protect themselves from the abuse of the privileges of our institutions through an attempted substitution of force and violence in the place of peaceful political action in order to effect revolutionary changes in government, none of our decisions go to the length of sustaining such a curtailment of the right of free speech and assembly as the Oregon statute demands in its present application.

The greater the importance of safeguarding the community from incitements to the overthrow of our institutions by force and violence, the more imperative is the need to preserve inviolate the constitutional rights of free speech, free press and free assembly in order to maintain the opportunity for free political discussion, to the end that government may be responsive to the will of the people and that changes, if desired, may be obtained by peaceful means. Therein lies the security of the Republic, the very foundation of constitutional government.

Ultimately, the Court incorporated the Freedom of Assembly Clause to apply to the states via the 14th Amendment:

The First Amendment of the Federal Constitution expressly guarantees [the] right [to meet peaceably for consultation in respect to public affairs and to petition for a redress of grievances] against abridgment by Congress. But explicit mention there does not argue exclusion elsewhere. For the right is one that cannot be denied without violating those fundamental principles of liberty and justice which lie at the base of all civil and political institutions-principles which the Fourteenth Amendment embodies in the general terms of its due process clause.

The Oregonian editorial board approved that decision, noting that it rejected “the red-baiting witch hunts which have characterized some of our officialdom and part of our press here in Oregon. Behind a pose of super-patriotism and civic righteousness there has been a disposition to smear Communism with the blame for every evil, from low salaries for school teachers to dry rot in fall-sown wheat.” The editorial failed to note that three years earlier, the Oregonian ran an article titled “Are the Reds of Russia Striking at American Industry?” A Jan. 6, 1937 New York Times editorial noted that the decision showed that judges “who have so often been described as narrow-minded reactionaries” could “let the breath of life and liberty” into Oregon, “one of the most progressive and liberal-minded states.” By 1940, the Oregon Legislature had repealed the criminal syndicalism law.

As for Dirk De Jonge, after serving nine months in the Oregon State Penitentiary, he was released. Upon his release he told reporters that he was simply “looking for a job.” After that, Dirk De Jonge appears to have mostly disappeared into obscurity, showing up in the historical record one final time. On Dec. 13, 1956, De Jonge appeared before the House Un-American Affairs Committee in Seattle. He testified that he was a retired “lumber worker” living at 1415 S.W. Alder Street in Portland. When asked whether he was a Communist, he replied, “I decline to answer that on the grounds of the Fifth Amendment.” De Jonge quickly slipped back into obscurity, dying on March 17, 1976, in Yamhill County. He is buried at the Willamette National Cemetery in Portland.

Despite slipping into obscurity, Dirk De Jonge’s name and legacy live on. As a result of his case, states are unable to proscribe peaceful protests, no matter how distasteful to the general populace. The next time a march winds its way through Portland and ends with speeches calling for radical changes to the government, think of Dirk De Jonge spending nine months in prison for speaking at a meeting. The case ultimately illustrates that the actions of an ordinary citizen can have unintended legal ramification that long-outlive the action or the person. De Jonge simply lived life as best he could while leaving a great legal legacy.

ABOUT THE AUTHOR
Marc D. Brown is a deputy defender with the Oregon Office of Public Defense Services in Salem.