Changes of Note:
New Developments in the Rules of Professional Conduct
By Helen Hierschbiel 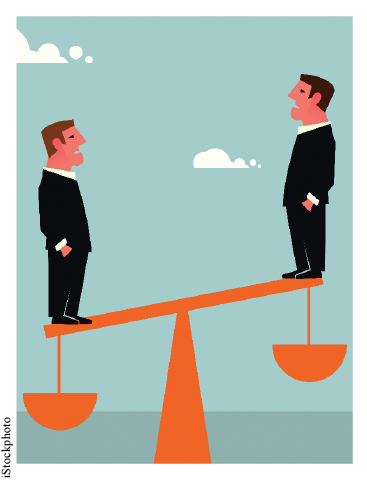 Over the last year, the Oregon Supreme Court has adopted several changes of note to the Oregon Rules of Professional Conduct, which are the subject of this month’s column.

Oregon RPC 5.5(c), a version of which exists in every jurisdiction, permits out-of-state lawyers to provide legal services on a temporary basis in Oregon, even though they are not licensed to practice law here. The rule was originally promulgated by the American Bar Association in 2002 to address the realities of modern law practice extending beyond geographical bounds and to give clients greater flexibility in choosing a lawyer.

Oregon RPC 5.5(c)(3), which allows out-of-state lawyers to appear in private arbitrations in Oregon, became the subject of scrutiny several years ago, culminating in the House of Delegates approving a resolution in 2009 that directed the Board of Governors to “study and implement a program whereby out-of-state attorneys appearing in Oregon in arbitration register with the Oregon State Bar.”

After considering all the information received from within and outside the group, a majority of the Task Force concluded that the bar should not impose a certification or registration program on OOSLs in Oregon arbitrations. They found no evidence or other basis to indicate that a problem existed that would be corrected by a certification or registration; moreover, they had some concern that erecting such a barrier might have unfortunate consequences for Oregon lawyers who handle arbitrations in other jurisdictions.

A minority of Task Force members disagreed, concluding that protection of clients justifies the imposition of a modest certification requirement focusing on malpractice coverage. They are concerned that widespread and ever-increasing Internet advertising by OOSLs coupled with the growing use of arbitration to resolve disputes in a wider variety of practice areas will mean more OOSL practice in Oregon. A certification or registration program will assist the bar in monitoring the magnitude of temporary practice and ensuring appropriate action to protect clients.

The task force report can be found online at www.osbar.org/_docs/resources/2010OutOfStateLawyersArbitrationTask Report.pdf.

Notwithstanding the majority opposition, the task force drafted a rule that would accomplish the minority’s goal, in the event the Board of Governors wanted to pursue a new rule. In November 2010, the board decided to put the proposed amendment to RPC 5.5 before the House of Delegates at its November 2011 meeting. The House of Delegates approved the proposed amendment, and the Oregon Supreme Court adopted the rule effective Jan. 1, 2012.

1. They are in good standing in every jurisdiction in which they are admitted AND

2. If they are not in-house counsel, that either they carry professional liability insurance that is substantially equivalent to that required of Oregon lawyers OR they have notified their client that they do not have insurance and that Oregon law requires Oregon lawyers to have such insurance.

The out-of-state lawyer also must serve a copy of the certificate on the arbitrator and other parties to the arbitration proceeding.

More recently, the Oregon Supreme Court adopted two Oregon RPC amendments approved by the House of Delegates at its November 2012 meeting that are effective as of Jan. 1, 2013. The first involves Oregon RPC 5.4(a),which prohibits sharing of legal fees with nonlawyers. The purpose of this amendment is to assuage the fears of some lawyers who expressed concerns that their participation in the Lawyer Referral Service would result in a violation of RPC 5.4(a).

In June 2012, the Board of Governors implemented a percentage fee model for the Lawyer Referral Service. Until then, lawyers paid only an annual registration fee to participate; under the new system lawyers pay a small annual registration fee but also pay the bar 12 percent of collected fees on referred cases. Before adopting the new business model, the board considered carefully whether the new model would conflict with the rules of professional conduct, in particular with RPC 5.4(a)’s prohibition against sharing fees with a nonlawyer. The board concluded that the rule was never intended to prohibit the payment of a percentage fee to a bar-operated lawyer referral service and should not be read that way.

The ethical propriety of the percentage-fee model was recognized as early as 1956 in ABA Formal Op. No. 291. At the time, both the ABA Canons and the Oregon Rules of Professional Conduct prohibited any division of fees with a nonlawyer. The ABA opinion held, however, that the canons were not violated by a bar association’s requirement that members help finance the association’s lawyer referral service “either by a flat charge or a percentage of fees collected.”

Since then, notwithstanding the restriction on splitting fees with nonlawyers, the practice of paying a nonprofit referral service a percentage fee has met with wide approval in ethics opinions and judicial decisions, which have concluded that percentage fees are a legitimate method of helping such programs generate income to defray operating costs as well as making legal services more available to the public and do not implicate the risks of outside influence that the fee-sharing rule was designed to address. See, e.g., Virginia Ethics Op No 1751 (2001) (local bar association’s lawyer referral program may charge participating lawyers reasonable percentage fee); Alabama Ethics Op 1995-08 (1995) (same); Richards v. SSM Health Care Inc., 724 N.E.2d. 975 (Ill. App. Ct. 2000) (lawyer’s referral fee agreement providing that lawyer turn over percentage payment of fees earned to bar association is enforceable and not prohibited by policy considerations in Rules 1.5 and 5.4).

Nevertheless, RPC 5.4 on its face suggested otherwise and therefore could have been of legitimate concern to practitioners. The amended RPC 5.4(a) makes clear that lawyers may pay the usual charges of a bar-sponsored or operated not-for-profit lawyer referral service, including those calculated as a percentage of the legal fees received without violating the Rules of Professional Conduct.

The second amendment approved by the House of Delegates and adopted by the Oregon Supreme Court was to Oregon RPC 1.8(e), which relates to lawyers advancing financial assistance to clients in connection with contemplated or pending litigation.

The amended language came from the ABA Model Rule 1.8(e). The new rule continues the general prohibition against advancing financial assistance, but changes the exception to:

2. allow a lawyer to pay the costs and expenses of litigation on behalf of an indigent client.

The purpose of the rule, in both its current and prior form, is to prevent a lawyer from acquiring a financial interest that will influence the lawyer’s independent judgment in the matter or that will motivate the lawyer to initiate litigation for his or her own financial gain. This restriction is based on long standing prohibitions against barratry, champerty and maintenance. Nonetheless, Comment [10] to ABA Model Rule 1.8 explains that allowing the recovery of advanced costs to be contingent on a successful outcome of the case is comparable to allowing lawyers to charge contingent fees “and rests on the same justification of ensuring access to justice for those who could not otherwise afford to pursue their claims.”

Nearly all jurisdictions have adopted the approach of the ABA model rule in some form. Only Michigan, New Mexico and Virginia have retained the requirement that clients remain ultimately liable for litigation costs and expenses advanced by the lawyer. All jurisdictions permit the payment of costs when the client is indigent, in recognition that the cost of litigating often discourages clients from pursuing their remedies for civil rights and other violations.

The amended rule does not fundamentally alter the prior rule. Instead, it simply allows lawyers to assure clients up front that they will not have to pay costs and expenses of litigation if the client does not prevail or otherwise cannot afford to pay the costs and expenses. Under the prior rule, lawyers routinely would waive costs after an unsuccessful outcome. Even so, lawyers had to be cautious about not promising a waiver of costs up front since clients had to remain ultimately liable for the expenses to the extent of their ability to pay. Because the new rule allows lawyers to state up front that payment of costs is contingent on the outcome of the case, the Board of Governors believes that the new rule furthers the bar’s commitment to access to justice by ensuring that individuals without adequate resources are not discouraged from pursuing their remedies because of the high cost of litigation.

These amendments to the Oregon Rules of Professional Conduct can be found on the Oregon State Bar website at www.osbar.org/_docs/rulesregs/orpc.pdf.