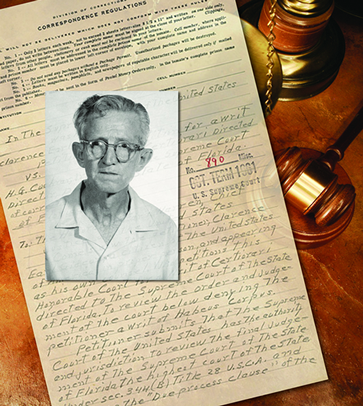 The date was March 18, 1963, 50 years ago this month; the case was Gideon v. Wainwright, and the issue was whether indigent persons charged with felonies in state courts have an absolute federal constitutional right to court-appointed counsel. In saying "yes," the Warren Court (1953-69) made a decision that changed the face of criminal prosecution in the United States, a decision that  unlike some of that Court's other "landmark"decisions  has withstood the test of time. Janine Robben reports.