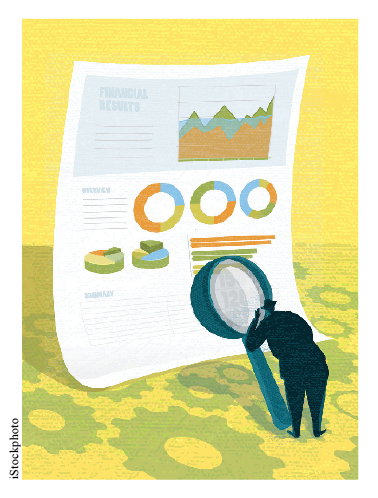 The year 2012 was challenging for the Client Security Fund, as it dealt with an unprecedented number and volume of claims. One lawyer was responsible for claims that not only exceeded the fund’s 2012 assessment revenue, but were sufficient to deplete the entire reserve. Another was responsible for the largest number of claims against a single lawyer in the history of the fund. Both lawyers set new records for the dollar amount of awards attributable to a single lawyer. As a result, the BOG has raised the CSF assessment from $15 to $45 for 2013 and subsequent years until the reserve is rebuilt.

On the positive side, reviewing and deciding the claims strengthened the commitment of the CSF Committee and the Board of Governors to maintaining a mechanism to reimburse aggrieved clients — as a demonstration of the OSB’s dedication to the public good and as evidence of the high standards the bar and the public expect of its members.

OSB members discussed the idea of a client security fund for more than a decade before asking the legislature in 1967 to establish a fund “to relieve or mitigate pecuniary losses to the clients of active members caused by dishonest conduct of those members in their practice of law.” The first award was made in 1969. In the subsequent 50-plus years, the CSF has made awards in excess of $2.6 million to partially or fully compensate clients of fewer than 180 lawyers.

The fund consists of member assessments, interest on invested funds, and money collected by subrogation from the defalcating lawyers. 1 It is a dedicated account, not part of the OSB general fund, and is used only to reimburse claimants and pay the expenses of operation.

In 1993, the BOG determined that the CSF should maintain a reserve to promote stability and protect against volatility in claims. Once built up, the reserve exceeded its $500,000 minimum for several years, which is reflected in annual assessments of five dollars from 2003 through 2009 and $15 from 2010 through 2012.

A volunteer committee of 12 lawyers and a public member investigate the claims and make recommendations to the Board of Governors, which has final authority on all awards. Intake of claims and administrative processing of claims is handled by the executive director and an administrative assistant. Claims are eligible for awards only if there is evidence of dishonesty in an established lawyer-client relationship or where the lawyer was acting in a fiduciary capacity related to the lawyer’s practice of law. Dishonesty includes failing to refund fees where no work was done on the matter or where the work done was de minimis or of no value to the client.

The CSF began 2012 with 16 claims carried over from prior years. By the end of 2012, the fund had received 116 new claims. Of the total, 50 claims were approved for payment, seven were denied, one was withdrawn and 74 remain under investigation. The total dollar amount approved by the BOG in 2012 was $758,993.06 on claims against 11 lawyers. The total amount of client losses that exceeded the award cap and for which no reimbursement was made exceeded $596,000.

Following are brief summaries of the claims paid in 2012:

Connall was retained to represent a client in a criminal case and collected a $15,000 flat fee in advance. After a few months (during which the client was in “abscond status”), the client fired Connall, demanding a refund of all but the two-hour minimum fee quoted in the engagement agreement. Connall claimed that he had put more than two hours of work into the case and remained willing to complete the representation. The CSF concluded that the two-hour minimum was sufficient to cover the work performed by Connall and that his failure to refund the balance upon being terminated was dishonest.

Dalrymple represented the client for several months and the final billing statement showed a balance of $1,945 in trust. While no further services were needed, the client did not ask for and did not receive a refund of the unearned retainer. Subsequently, Dalrymple died and the funds in his lawyer trust account were insufficient to cover all the clients who claimed them. The CSF concluded that Dalrymple’s apparent failure to retain the client’s funds in trust constituted dishonesty under the CSF rules and made this claim eligible for reimbursement.

The CSF made this award to a client who hired Dalton to pursue a personal injury claim. When the case settled Dalton deducted his fee and disbursed the balance to the client, except for $2,000 he retained to pay two outstanding medical bills. Several months later the client was contacted by a collection agency and when she confronted Dalton he admitted having misappropriated her funds for his own use.

The CSF made awards to two of Dickerson’s former clients. The first claim was from a client who hired Dickerson and agreed to pay his $5,000 flat fee in installments. She had no contact with him after their initial meeting, but assumed her matter was being addressed and continued making the installment payments. The court file showed that Dickerson filed a complaint for the client that was dismissed three months later for lack of prosecution. The CSF concluded that Dickerson was dishonest in accepting the final $3,100 installment more than nine months after the client’s case had been dismissed.

The second matter involved Dickerson’s representation of a local church that wanted his help with contracts relating to the reconstruction of the church building after a fire. The church advanced Dickerson a fixed fee of $20,000 and also delivered to him a $320,000 advance payment for the contractor. After nearly a year went by with no progress on the rebuilding, the church asked Dickerson to demand a refund from the contractor, but instead Dickerson advised the church to pay the final “holdback” on the contract. Eventually, the church fired Dickerson and hired new counsel. Dickerson never accounted for the funds he received. In February 2010, Dickerson moved to Africa, where he is building a facility for a charitable organization called “Naomi’s Village” at a projected cost of $300,000. The CSF made an award of $50,000 on a finding that Dickerson colluded with the contractor to misappropriate the church’s funds. Dickerson was disbarred in August 2010 for multiple violations involving unrelated client matters.

Fields settled the client’s injury claim and was holding funds in trust to resolve an outstanding hospital lien. He did nothing on the matter before submitting a Form B resignation in the face of charges that he mishandled funds in several unrelated cases. The client spoke only limited English and had difficulty understanding her rights and obligations regarding the money and waited several years before contacting the bar. At the bar’s urging, Fields issued a check payable jointly to the client and the hospital and mailed it to the client. Again she didn’t quite understand what to do. By the time she sent the check to the hospital it was stale and couldn’t be negotiated. The client eventually made a claim to the CSF. Investigation revealed that Fields had withdrawn the client’s funds from trust sometime previously for his own use. Fields is making monthly payments to satisfy his obligation to the bar.

The CSF made awards to two of Ginsler’s former Chapter 13 bankruptcy clients. In one case, Ginsler misappropriated the client’s tax refund that was to be turned over to the trustee. In the other, Ginsler misappropriated the proceeds of a wrongful garnishment. Ginsler resigned Form B in 2010 in the face of multiple charges, including those giving rise to the CSF claims.

The CSF has awarded a total of $613,188.83 to 20 former clients of Bryan Gruetter. The smallest award was for $500; eight of the awards were for $50,000 each. In most of the claims, Gruetter settled the client’s injury claim and disbursed the client’s share of the net proceeds, but failed to pay the liens and other medical expense for which he had withheld funds. In a few of the cases, neither the client nor the creditors received any of the settlement funds. Sixteen claims remain to be resolved in 2013.

Hammond was hired to prepared a QDRO and collected a $650 flat fee for her services. A month later, before she had done any work on the matter, Hammond informed the client she was closing her practice. Hammond referred the client to another lawyer who would complete the QDRO for the same fee and promised to refund the client’s money. Despite several requests from the client, she failed to do so. Hammond resigned Form B in the face of allegations from several clients that she charged excessive fees or failed to account for and refund unearned fees.

The CSF has made awards in 14 of the more than 58 claims received from former clients of immigration lawyer Jason McBride prior to the end of 2012. The awards ranged from $1,650 to $5,500. In late 2011, the bar began investigating numerous complaints alleging neglect, incompetence, failure to communicate, charging excessive fees and failing to refund unearned fees. In June 2012, McBride stipulated to a suspension pending the outcome of the disciplinary complaints. He resigned Form B in October 2012. On review of the first few claims, the CSF Committee considered whether McBride was merely negligent or incompetent. As more claims were received, however, a pattern of conduct was revealed suggesting that McBride knowingly offered false hope to vulnerable immigration clients in order to induce them to retain the services of his firm. In several of the cases, the clients left the U.S. to await their immigration hearings, only to be detained when they disclosed conduct that barred re-entry and about which McBride had either not advised them or which he had instructed them to conceal. Other claims arose from McBride’s taking an advance fee without disclosing to clients either that his associates had left, or of his impending suspension that would prevent him from completing the work.

The client hired Morasch in October 2009 in connection with a dissolution involving custody and parenting time. She deposited a $5000 retainer toward Morasch’s $250 hourly fees. Morasch filed a petition and a temporary custody hearing was set for January 18, 2010. After the initial meeting, the client had no further contact with Morasch, who also failed to show for two scheduled court hearings. The client fired Morasch and requested her file and the unused portion of the retainer. After several requests, the file was delivered, but Morasch did not account for or refund any of the retainer. The CSF credited Morasch with 3 hours of work and awarded the client the balance. In February 2011, Morasch stipulated to a six-month suspension; she has not sought reinstatement.

Schannauer failed to issue a refund to the client and subsequently admitted to using all of the funds for his own use. Because Schannauer did no work on the matter before misappropriating the client’s funds, the CSF awarded her a full refund of the fees.

1. Collections tend to be modest, since most lawyers responsible for CSF claims have no means to reimburse their clients. 2012 was an unusually good year, with $24,434.58 received in subrogation payments. The majority of that amount ($15,000) came from a cash-discount settlement of an outstanding judgment.

ABOUT THE AUTHOR
Sylvia Stevens is executive director of the Oregon State Bar.