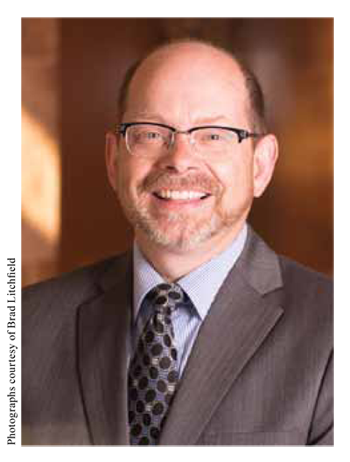 The importance to human beings of a cooking stove doesn’t require explanation. But what many people in developed countries don’t comprehend is that, for nearly half the world’s population, cooking presents great dangers to health and to the environment.

Nancy Hughes, a 70-year-old grandmother in Eugene, found out about those threats when she volunteered for a medical team in Guatemala. She was shocked to observe how mothers’ and their children’s lungs were damaged by breathing usually unventilated smoke from open cooking fires inside rudimentary housing. She also learned later that many more children under age 5 die from breathing smoke from indoor cooking fires than from malaria, and that millions of women and children suffer debilitating burns from their cooking fires. Burning wood also adds to the global carbon overload and deforestation.

Working through her local Rotary Club, Hughes founded StoveTeam International in Eugene in 2007, with a mission to build portable, fuel-efficient stoves that are safer and better for the environment. A fellow Rotarian, lawyer E. Bradley Litchfield, learned of StoveTeam when Hughes heard that he could speak Spanish and asked him to help the effort, which is centered on Latin America.

Thus, for the past four years, Litchfield, a shareholder with Hutchinson, Cox, Coons, Orr & Sherlock, has served as the group’s pro bono general counsel. He writes Rotary matching grants to keep the group going; helps write and negotiate contracts with factories in Central America that build the highly efficient stoves developed through StoveTeam; communicates with the Spanish-speaking people who build and benefit from the stoves; and takes his family to participate as volunteers on some StoveTeam trips.

Litchfield and fellow firm attorney Samuel L. Roberts also have been instrumental in negotiating international carbon credits to help finance StoveTeam’s operations and bring down the price of stoves so more families can afford them, Hughes explains. “Brad has been an enormous help to us.” The bilingual ability of Litchfield and Roberts’ skill with carbon credits “is very useful to have,” she says, as is Litchfield as the organization’s legal representative, “to make sure we don’t get into trouble.”

How did Brad Litchfield, the second-youngest of six children born and raised in the rural plains of southern Alberta, Canada, become a skilled Spanish speaker and experienced trial lawyer in an Oregon college town? It’s a good story.

Litchfield’s father was a teacher and farmer. “I don’t think I knew what a lawyer did before I went off to college,” Litchfield says. The family had no money for college, yet all six kids eventually went and graduated, respectively excelling in medicine, teaching, business and hospital administration. Litchfield won a scholarship to Brigham Young University, where he obtained his bachelor’s degree. His college roommate took the law school admissions exam, so he decided to do the same thing.

He was accepted by the University of British Columbia Faculty of Law, which had an exchange program with Hastings College of the Law in San Francisco. After serving as managing editor of the UBC Law Review and obtaining his J.D., Litchfield landed a job in Vancouver, B.C., where he worked for a year.

But “I was not interested in a big firm on the 25th floor in a big city,” he says. “I went to a smaller firm in a rural community and enjoyed it.” However, after four years there, a confluence of events – not the least being the poor health of the father of Litchfield’s wife, Paula – brought the couple to her native Oregon.

Acknowledging the differences in practicing law in the United States versus in Canada, Litchfield decided to spend eight months back at BYU, where he earned his LL.M. degree at the J. Reuben Clark School of Law “to legitimize myself” for practicing in this country, he says. “In England, you can be a barrister or a solicitor,” the first primarily concentrating on trial law, while solicitors practice mainly business law. But “in Canada, you are both,” although “I practiced primarily as a barrister, doing litigation work.” In Canadian courts that are equivalent to circuit courts in Oregon, lawyers don colonial robes, which “makes you look so much smarter for your clients,” he jokes.

His first law job in Oregon was with Harrang Long Gary Rudnick in Eugene, where he served as part of the team that appealed one of the largest jury verdicts in Oregon history, Williams v. Philip Morris Inc., a $79 million jury verdict against Philip Morris. He obtained good experience at the firm, but the problem was, he wasn’t in the courtroom there; he wanted to represent more individuals in civil litigation cases. At Hutchinson Cox, he does that now, including handling real property, personal injury and family law.

His acquisition of what he calls “not fluent, but highly skilled,” Spanish came about when Litchfield was a 19-year-old Mormon missionary in California. “I worked exclusively with Spanish-speaking people,” picking up the language during his two-year stint there.

StoveTeam’s work in Central America increasingly has turned to building factories staffed by local people and to obtaining carbon credits. Locally owned factories now are building stoves in Mexico, Guatemala, Honduras, Nicaragua and El Salvador. In five years those factories have produced and sold more than 37,000 stoves, improving the lives of more than 280,000 people, Hughes says.

Litchfield works with Microsol, a French carbon credit broker that certifies and buys carbon offsets from qualifying organizations like StoveTeam and then sells them to European companies that release pollutants containing carbon dioxide.

“The carbon credits really opened this up for us,” he says, to make stoves much more affordable for the people who need them. “These people are incredibly poor.”

An estimated 4 million die each year from exposure to cook stove smoke, CNN reports. But StoveTeam’s device, dubbed the Ecocina stove, produces almost no smoke and uses less than half the wood of an open fire. The Ecocina reduces carbon emissions and particulate matter by over 70 percent, and it requires no installation or external chimney. In addition, Ecocina stoves are insulated and thus cool to the touch other than the cooking surface on the stove’s top. The insulation significantly reduces the incidence of burns caused by accidental exposure to an open-fire cooking system.

Because Ecocina stoves consume approximately half the wood that a typical open-fire stove employs, a family using an Ecocina will emit about half the amount of carbon dioxide than with an open-fire cooking system. This reduction in wood burning, and thus the reduction in CO2 emissions, is the basis for the growing influence of carbon finance in the efficient-stove industry, Litchfield explains.

Last year he sought the assistance of law firm associate Sam Roberts, who has experience in energy law as well as in international carbon markets. Roberts joined Litchfield pro bono in both helping with carbon contracts and visiting countries served by StoveTeam to meet with factory owners.

“It’s nice to work with someone willing to do this,” he says of Litchfield. “It’s obviously an emphasis in his life,” as shown by his willingness to take his family along on StoveTeam trips. Roberts considers Litchfield a role model, someone who has been in practice for 20 years and is willing to devote time and effort for causes that are meaningful to him.

Working with StoveTeam “has been a very neat experience for me personally, the great payback I get from feeling I’m helping these families a little bit,” Litchfield says. “StoveTeam is such an important thing to me.”