Couture in the Courtroom
By Kelly Zusman & the Hon. Anna J. Brown 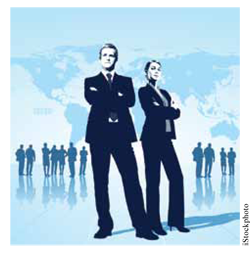 When Justice Sonia Sotomayor joined the Supreme Court, the welcoming gift Justice Ruth Bader Ginsburg had waiting for her was an elaborate lace collar to wear with her robe. Although Justice Sotomayor wore the collar for her first “official” group photo with the Supremes, she hasn’t been seen wearing it since.

Fashion choices among the justices notwithstanding, the important issues — such as the constitutionality of the Defense of Marriage Act, voting rights and discrimination claims — are more newsworthy than hem lengths. But what lawyers wear in court may say more than we think about how seriously we take the process and the client issues we are presenting to judges and juries. Indeed, counsel’s courtroom attire has attracted the wrong kind of attention from some judges and jurors.

The most common complaint about lawyers’ courtroom attire and appearance is the broad observation that it can be “distracting,” including garish ties (Bugs Bunny!), hairstyles with bangs covering the eyes (a la an English sheepdog) and plunging necklines and hemlines more at home in Las Vegas. A 6th Circuit judge complained when a female attorney showed up for court wearing a track suit. A 9th Circuit judge recently pulled an attorney aside after an oral argument to tell her that he found her small, silver earrings distracting as they caught the sunlight. And in an interview, Judge Kim Wardlaw even counseled against “peep-toed” shoes in the courtroom.

Some courts have taken the bold step of attempting to regulate courthouse attire. In Osceola County, Fla., the clerk of court issued a detailed dress code for courthouse workers — complete with photos. In that courthouse, you will be spared the look of ankle-high boots (with dresses or skirts), pants that are too tight or too baggy, and sequins. In Washington state, a female judge was voted out of office after attempting to impose a “no pants” rule on female attorneys. In the chilly Northwest, that was considered both sexist and a hangin’ offense.

Expectations about proper courtroom attire aren’t limited to the lawyers: a witness in U.S. District Court in Oregon was asked to cover a t-shirt decorated with a large, sparkly woodland creature with the words “Foxy Lady” printed in silver glitter beneath. When neither she nor her lawyer were able to find a jacket, the witness returned to the courtroom with the t-shirt on inside-out. Good witness prep should include a few words about dress and, in some instances, hygiene.

So does all of this mean that lawyers and their clients should wear nothing but dark blue, grey or black suits in court? Red or blue ties and no jewelry? Absolutely not.

While degrees of formality vary in different parts of the country — what passes in the Northwest may not be acceptable on the East Coast — some universal rules apply. In seeking not to distract the judge and jurors with your appearance, your “look” should be clean with comfortable, well-fitting clothes that are in good repair and both “formal” and “boring” enough that you would not be mistaken as having just come from your workout or a nightclub. In fact, you can get a lot of mileage out of a single, reasonably priced, dark blazer.

Comfort is important, too. High heels that make it hard to walk, a skirt that is too tight, pants that are too loose or a jacket that no longer fits over your shoulders since you started rowing on a dragon boat team will be a distraction to you. And jurors will notice your appearance — like the time a juror repeatedly tried to get a lawyer’s attention to point out to her that the sales tag from her new suit was still hanging under her arm.

For our male colleagues, coats — capable of being buttoned — and ties are absolutely standard in the courtroom. Fabric color and patterns should be fairly conservative — think President Obama, not M.C. Hammer. Non-athletic, closed-toe shoes are non-negotiable for men; save the Birkenstocks for the weekend.

For women attorneys, suits with simple shells or blouses are fine, but so are sweater sets over skirts (or pants) and sleeved dresses with hemlines near or below the knee and a neckline somewhere above your natural cleavage. Stick to fabrics that drape well and don’t wrinkle much, and don’t be afraid of providing a little color relief. Jewelry and other accessories can show that your individuality needn’t be sacrificed for the sake of work.

When in doubt, get a second opinion about what to wear from someone you trust, and then forget about it. You have much more important things to worry about in the courtroom!

ABOUT THE AUTHOR
Kelly Zusman is the appellate chief for the U.S. Attorney’s Office in the District of Oregon. She teaches appellate advocacy at the Lewis & Clark law school and the National Advocacy Center in Columbia, S.C. The Hon. Anna J. Brown is a United States district judge for the District of Oregon who takes great comfort in relying on judicial robes to resolve all of her courtroom fashion concerns.