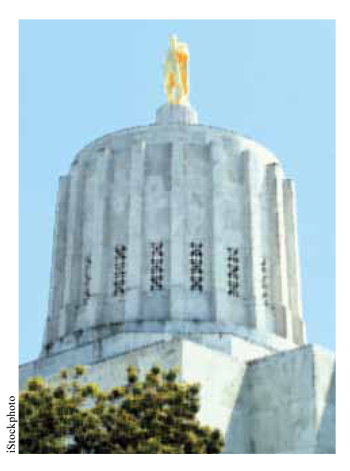 As the dust settles from 2013 legislative session, it’s time to ask what the legislature did that affects lawyers the most. The session was characterized more by incremental changes than sweeping initiatives.

The bar’s priorities for the 2013 session included adequate funding for the court system, indigent defense and legal services and passage of 15 law improvement bills brought forward by bar sections and the Board of Governors. Although the judicial department budget fell somewhat short, it was nevertheless the best budget for the department since the beginning of the recession. Likewise, indigent defense received funds in addition to its operating budget to reduce juvenile dependency caseloads and increase compensation. Although none of the proposals to supplement legal services funding passed, discussions will continue in interim workgroups. And the bar succeeded in passing 13 of the 15 law improvement bills.

Of all the bills that passed, the following may be of most interest to practitioners.

HB 5016: Judicial department biennial budget. While the department did not receive funding sufficient to restore the cuts from the past two sessions, the general fund allocation is up $34.7 million to $402.5 million. The budget includes funds for a new three-judge panel for the Oregon Court of Appeals, funding for continued expansion of Oregon eCourt and $3.5 million for local court house improvements. The trial court budget is sufficient to eliminate the 10 furlough days of the last two biennia — courts will be open five days every week. Judges will get a $5,000 annual raise effective Jan. 1, 2014, and another $5,000 raise on Jan. 1, 2015 as provided in HB 2322.

The budget does not address the continuing inadequate support for trial court services, and court users can expect the understaffing of clerical positions to continue.

In addition, the bill includes an unspecified $3 million general fund reduction to assist in the balancing of the state’s general fund budget. The department is to “take management actions to implement the reductions.”

SB 483: Voluntary process for medical error resolution. This negotiated measure between the trial lawyers and the medical community creates a voluntary three-stage process for resolving medical errors. If an adverse health care incident occurs, a patient or provider may file a notice with the patient safety commission, and the provider may discuss the incident with the patient. The early discussion is confidential in later litigation, unless a participant says something at trial that contradicts something said in the early discussion. If the early discussion does not resolve the matter, the parties may go to mediation. If mediation is unsuccessful, the damaged party may initiate a lawsuit. The approach this bill adopts has been tried elsewhere, but not on a statewide basis.

HB 2205: Elder abuse. An interim task force in 2011-13 developed a bill that addressed elder abuse in the 2012 session (HB 4084). HB 2205 is a continuation of that effort. The bill makes all mandatory child abuse reporters also mandatory elder abuse reporters, effective Jan. 1, 2015; as with the child abuse reporting requirement, the obligation applies regardless whether the reporter learns of the abuse in a professional capacity or otherwise. The bill contains an exception for attorneys to whom information is communicated in the course of representing a client if disclosure would be detrimental to the client. It also removes the specific child abuse reporting CLE requirement from the statute, replacing it with a requirement that the bar adopt rules establishing minimum child and elder abuse training. Finally, the bill establishes a task force with the specific assignment to define elder abuse.

SB 492: Bradycodification. Brady v. Maryland, 373 U.S. 83 (1963), is a Supreme Court case that requires prosecutors to disclose material exculpatory evidence to defendants. The criminal defense bar sought to codify this holding in SB 492, but prosecutors pushed back hard. Ultimately prosecutors and defense attorneys agreed that the bill would simply codify Brady and go no further than the constitutional standards in existing case law.

HB 2433: Disability in determining custody awards. HB 2433 prohibits a court from considering a parent’s disability when awarding child custody or parenting time, unless there is clear and convincing evidence that behaviors or limitations related to a party’s disability will endanger the child’s health, safety or welfare.

SB 421: Civil commitment of extremely dangerous persons. This bill arises in the context of several cases in which a person accused of a serious crime has been unable to aid and assist counsel at trial and has been or will be released from custody. SB 421 creates a new kind of civil commitment for “extremely dangerous” persons. The prosecutor would initiate the proceeding, and upon a finding by the court, the person would be placed under the supervision of the Psychiatric Security Review Board. An initial review hearing would be held within six months, and a review hearing would be held at least every two years thereafter.

SB 463: Racial and ethnic impact statements. SB 463 recognizes the over-representation of ethnic minorities in the state’s corrections and foster care systems. Upon the request of a member of the legislature from each party, SB 463 requires the Criminal Justice Commission to prepare a statement on the impact of proposed legislation or a ballot measure on the racial and ethnic composition of the criminal offender population or recipients of juvenile dependency services.

In addition, state agencies that award grants will require grant applications to include racial and ethnic impact statements that must include: any disproportionate or unique impact of proposed policies or programs on minorities; a rationale for such policies; and evidence of consultation with representatives of minorities that would experience disproportionate or unique impacts. These requirements will apply only to grants awarded to corporations or other legal entities, not to natural persons.

HB 3194: Public safety package. A focus of interim activity between the 2012 and 2013 sessions was a Commission on Public Safety, appointed by the governor and chaired by former Chief Justice De Muniz. The objective was to avoid projected increases in the prison population over the next 10 years and thereby avoid increasing corrections spending. The commission developed two policy option packages — a robust proposal that included granting judges more discretion in sentencing in three discrete Measure 11 offenses, and a more scaled back set of recommendations. After months of difficult negotiations, a scaled back version emerged from the special joint committee established specifically to consider public safety and sentencing reform.

HB 3194 is intended to hold the prison population at current levels for the next five years by eliminating some mandatory and presumptive sentences in Measure 57, lowering penalties for some marijuana-related crimes and for driving while suspended, allowing nonviolent offenders to convert two months of prison time to parole time, and allowing probation officers to impose looser requirements for persons they supervise. The savings for the first two years will be $17 million, which will be added to other resources to provide more support for local community corrections programs.

HB 2562: Filing fees and fine distribution from local courts.HB 2562 became a vehicle for several different provisions relating to courts. It updates a number of statutes designed to facilitate the development and implementation of the Oregon eCourt program. It also increases the portion of the revenues collected by justice and municipal courts that are distributed to local jurisdictions.

Perhaps most significantly for practitioners, HB 2562 increases some state court filing fees by five percent and dedicates the resulting revenue to support electronic court systems. Additional charges for electronic filing are eliminated. This issue is likely to be revisited in the 2014 session, since the new fees take effect on Oct. 1, 2013, and sunsets on June 30, 2014.

Bills of interest to practitioners that failed to pass included: HB 2548, re-establishing a commercial bail bond system; HB 3160, making insurance subject to the unlawful trade practices act; and HB 2608, establishing an IOLTA-like system for funds held in escrow accounts, among others.

ABOUT THE AUTHOR
Matt Kehoe is chair of the OSB Board of Governors’ Public Affairs Committee.