My Two Years in Drug Court
By Angel Lopez 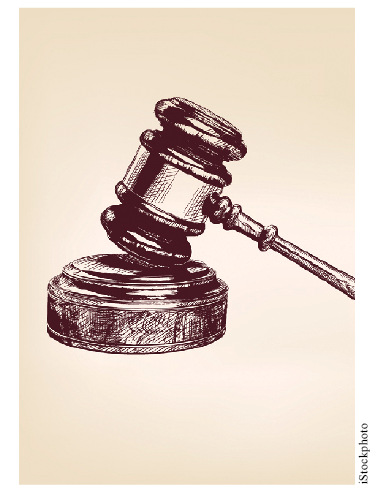 I recently completed a two-year term as a drug diversion court judge for Multnomah County. I was fortunate in that prior to the bench I worked as a criminal defense attorney and, as such, had developed some understanding of issues regarding chemical dependence. I estimate that 90 percent of all crimes committed are fueled by drugs, alcohol or both. I was told this by my trial assistant in 1982 on my first day as an assistant public defender. That statistic has held steady with the cases I saw as a lawyer then — and now as a judge.

If there is any formal training for a drug court judge, it is this: “Here’s your robe, here’s your docket. Good luck.”

Even so, drug courts work. They work because the judge is just one member of the team. The rest of the team consists of treatment providers, community resource specialists, a defense team, the prosecutor, and the court, sheriff and staff. The judge’s role is to reward and sanction behavior fairly and consistently, commensurate with success or lack thereof.

In time the judge gets to know all the drug court clients, their life, their struggles and weaknesses, their successes and their challenges. In drug court, alcohol pops up with regularity in combination with the client’s drug of choice. Heroin and methamphetamine seem neck and neck in popularity followed by marijuana, cocaine and a handful of other controlled substances.

I quickly learned that drugs do not discriminate. They attack the rich and the poor, all races, all classes and all professions.

A continuing scenario in drug court is the injured person who is prescribed a regimen of pain relievers; in time, some become addicted to their medications. When the prescription ends, their active addiction continues. They seek out their “medication” at the street level. When it becomes apparent that heroin is a cheaper, more accessible substitute, it becomes their new “medication.” Others turn to drugs because their parents use, because of peer pressure or as an attempt of self-medication for emotional or psychological problems. Regardless of their reasons or motivations, they all end in the same abyss known as drug addiction. If they are lucky (and able) they will recognize the problem and begin treatment. If not, ultimately they will be arrested and arraigned and offered treatment court. That’s when they meet me.

In my two years as the drug court judge, I learned to respect and have compassion for those who have the will to detox, only to face months of depression while their bodies readjust to the old-normal on their road to recovery.

I learned that once an addict, always an addict, that one is either in active addiction or an addict in recovery. Furthermore, addicts cannot cross into recovery until they learn to accept and adapt to this new reality.

I learned that addicts can turn the corner toward recovery only after they have their personal “AH-HA” moment. Some call this hitting bottom. I like to think of it as a vision quest.

I learned that the essence of addiction is lying and that recovery starts when even the addict no longer believes his or her own lies.

Truth is the hallmark of recovery. The thing about a recovering addict is that he or she will honestly answer any question you may ask, so be careful what you ask.

I learned that the hundreds of hours spent in treatment and in court, pulling their lives together, only work if they maintain a very high commitment to themselves and their sobriety.

I learned that the vast majority of recovering addicts dedicate their sobriety to a higher power or to someone they really love, be it a parent, a spouse, a child or a friend.

I learned that, really, love is the strongest drug of all.

ABOUT THE AUTHOR
Angel Lopez has served as on the Multnomah County Circuit Court since 2009, and in 2002 he was president of the Oregon State Bar.