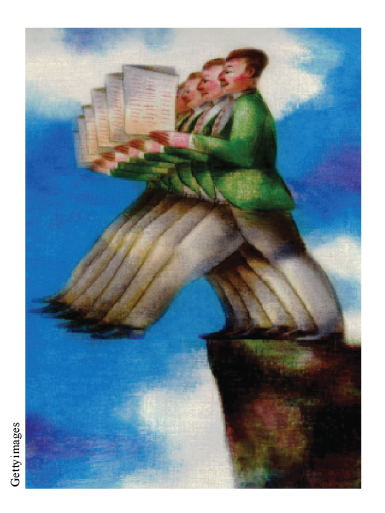 The Oregon Criminal Defense Lawyers Association invites all Oregon lawyers to its 2013 Juvenile Law Seminar on Protecting Clients, Finding Justice, Preventing Atrocities, with keynote speaker Marsha Levick. This seminar will be held at the Hallmark Resort in Newport April 12 and 13. For registration and program details, visit here.

O.U. Law School Symposium to Focus on War on Drugs

The social and economic costs of the drug war, which include more than a trillion dollars spent during the last 40 years, have led many to question — and voters in Washington and Colorado in 2012 to answer — whether alternative regimes to criminalization are a worthy policy goal.

The Oregon Law Review will examine the nation’s drug laws in a daylong symposium titled “A Step Forward: Creating a Just Drug Policy for the United States” beginning at 8:30 a.m. Friday, April 19, at the University of Oregon School of Law, 1515 Agate St. in Eugene.

The symposium will bring together experts from a range of disciplines to explore various facets of this important issue, including the benefits and drawbacks of the nation’s drug laws, potential alternative regimes such as regulated distribution and medicalization, and the unresolved legal and policy issues surrounding the recent state initiatives.

For the complete list of speakers and additional symposium information, visit http://law.uoregon.edu/org/olr/symposia.php.

The University of Oregon School of Law has announced the 2013 recipients of the Frohnmayer Award for Public Service, recognizing a graduate, faculty member or friend of the law school whose public service brings honor to the school.

The honors this year will be given to Oregon Supreme Court Justice Martha Walters and longtime legal aid attorney John Van Landingham.

The award ceremony, originally scheduled for Friday, April 12, will be deferred until next year. More information will be forthcoming as details for the 2014 event are finalized.

OGALLA, the bar association serving lesbians, gays and other sexual minorities, invites everyone to “A Class Act,” the annual benefit for the Bill & Ann Shepherd Legal Scholarship Fund of Equity Foundation, April 26 at The Old Church in Portland, 1422 S.W. 11th Ave. Doors open at 6:30 p.m., show time is at 7:30 p.m., followed by desserts.

This year’s entertainment features organ virtuoso Grant Edwards, organist at Portland’s First Congregational UCC, with a varied program of music — including melodies from his show “Titanic 1912 – A Musical Night to Remember.” Edwards plans to add a special dedication to the memory of Jadin Bell, a gay teen from LaGrande who was bullied and who later took his own life.

Tickets are available for $40 in advance and $50 at the door and include the concert and a reception with desserts from local bakeries and restaurants. For more information, visit www.ogalla.org/events.html.

The 2013 Women’s Wellness Retreat for Lawyers hosted by the Oregon Attorney Assistance Program will be held on April 26 and 27 at The Resort at the Mountain in Welches. The retreat will include discussions on work/life balance and maintaining happy relationships, and will include free time for spa treatments and outdoor fun.

Registration is $85 and includes Friday lunch and dinner and Saturday breakfast and lunch. Room reservations are filling quickly, with a special OAAP rate available if you reserve by April 12. For full details, visit www.tinyurl.com/2013WomensWelnessRetreat

The study, titled “Race and Representation: Racial Disparities in Legal Representation for Employment Civil Rights Plaintiffs,” employs a combination of statistical data and in-depth interviews with parties and lawyers. 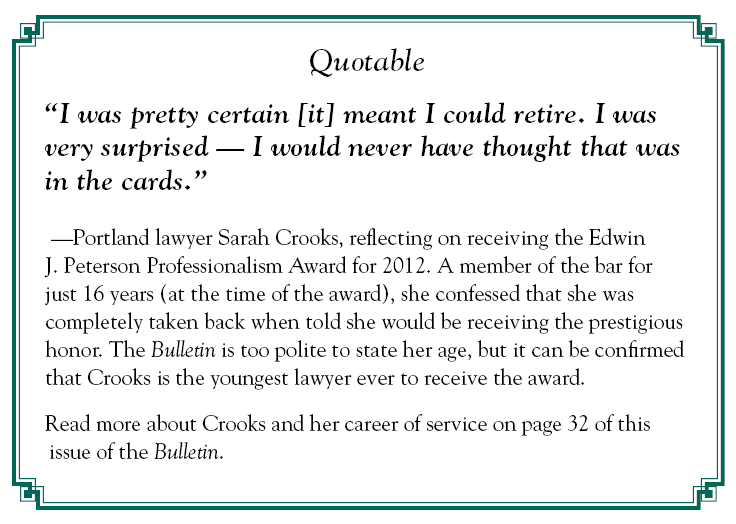